rugby, cycling, great trail - you can also do sports in the UK

time flies by, another week's over. very busy again, the planning of my scotland trip is more difficult than I had thought. since I wanna do another great trail in the higlands if the one from edinbourgh to glasgow is a success (which I assume) I need to buy proper equipment (tent, sleeping bag and shoes). finding stuff that's not too expensive and still good quality is tiring somehow. however, I'm almost done. but before I go into detail I wanna tell you some other things.

on thursday (04 september) julie and me had our first more physical contact orientated rugby training. it was all about how to tackle effectively, how to support other players if they kiss the dust and how to act if you're the one who goes down. at the beginning it was quite hard since our technique is not very good yet but after practising intensely it became sleightly better. during this training I kind of realized how much rugby is about supporting each other: if you're on your own you'll not really have a chance, but as soon as you get some support - no matter whether in defence or offence - it gets much easier to deal with all this physical contact. and also the risk of injury is then lower, I think. in that training I for the first time was buried several times by both my team and the opposing one, but nothing really happened, which really surprised me. but that's what I'm trying to explain, with the right support you are relatively safe. however, I'll buy a gumshield soon.
also on that day I sorted the membership-issue out. I'll now pay my membership fee by installments (since I don't earn loads as a volunteer but that's another topic). I was first not sure if I should pay the fee which now makes me a member of the club (including clothes for games etc) since you only have to pay it if you want to play games; if you only want to attend the trainings it's not necessary. when I had decided to pay I still had not been sure if I wanted to play some day, but since yesterday I know I wanna play if possible: julie had her first game yesterday and it was great to watch it! finally at least some of the things I constantly had been told during the trainings started to make sense. it also somehow helped me to reduce the "fears" of physical contact in a real game, though I assume that the boy's games are a bit rougher (so before making my final decision I want to see a game of our boy's team :D).
that was a lot about rugby now, I hope you also find it a bit interesting. 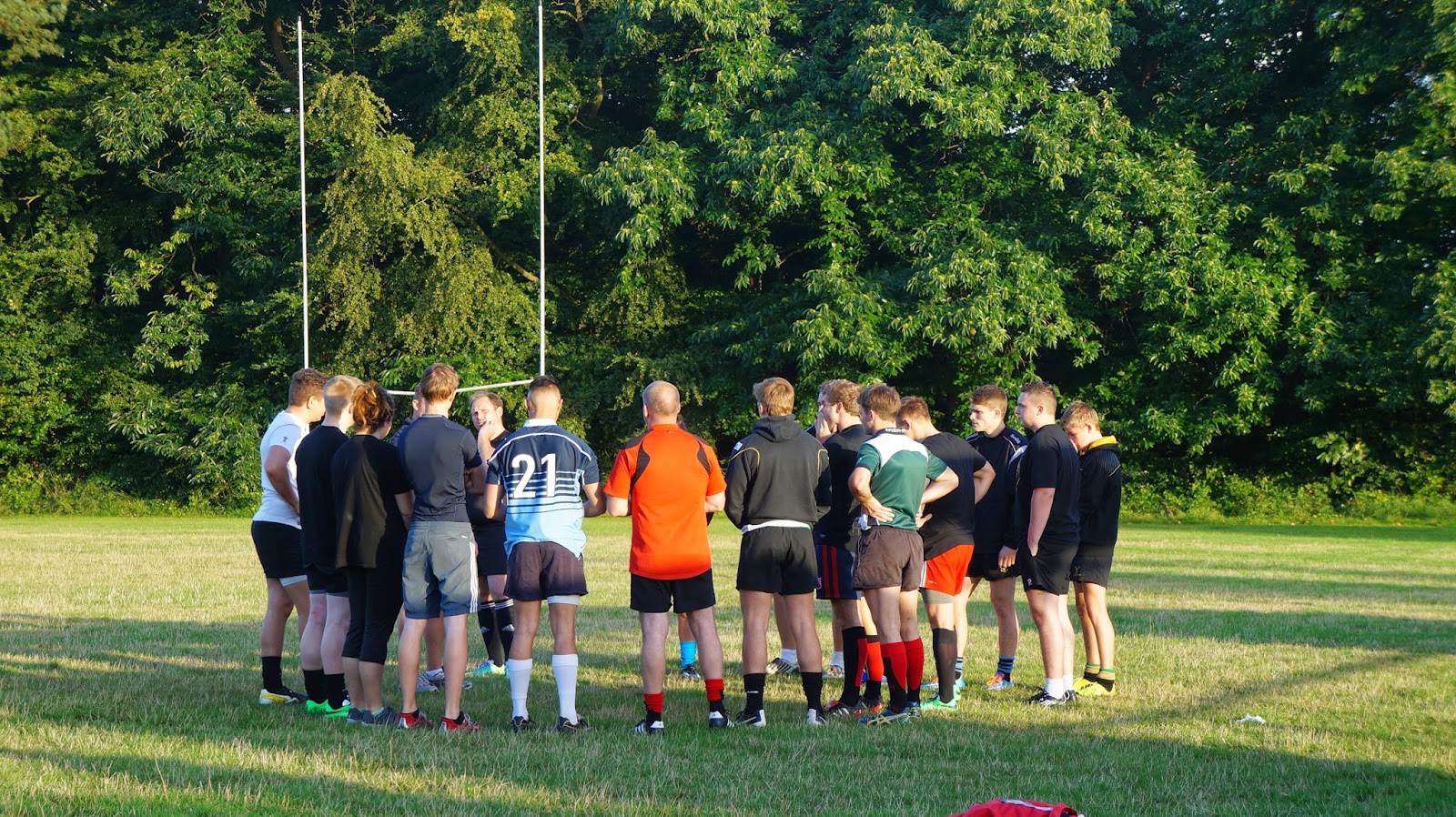 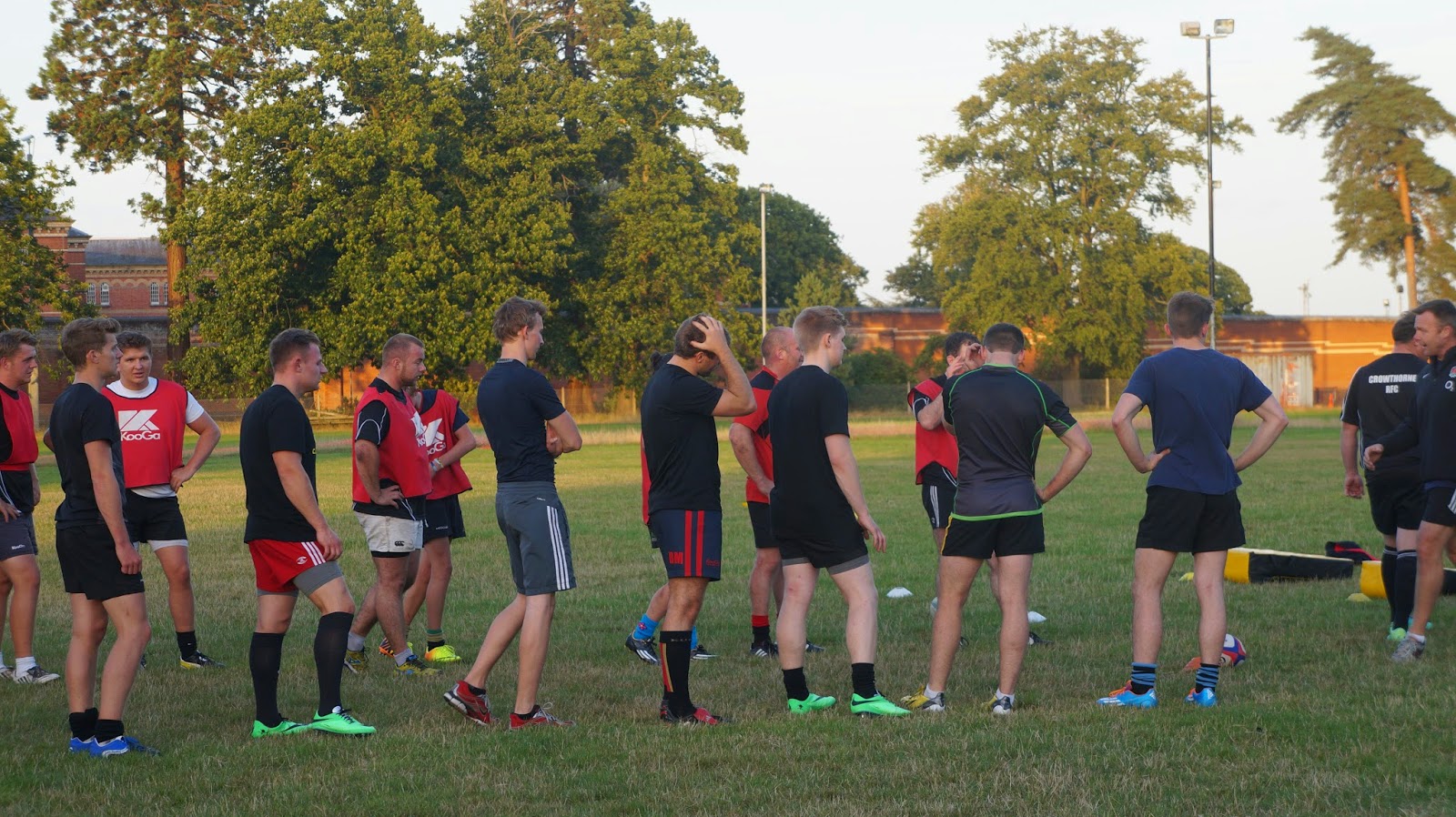 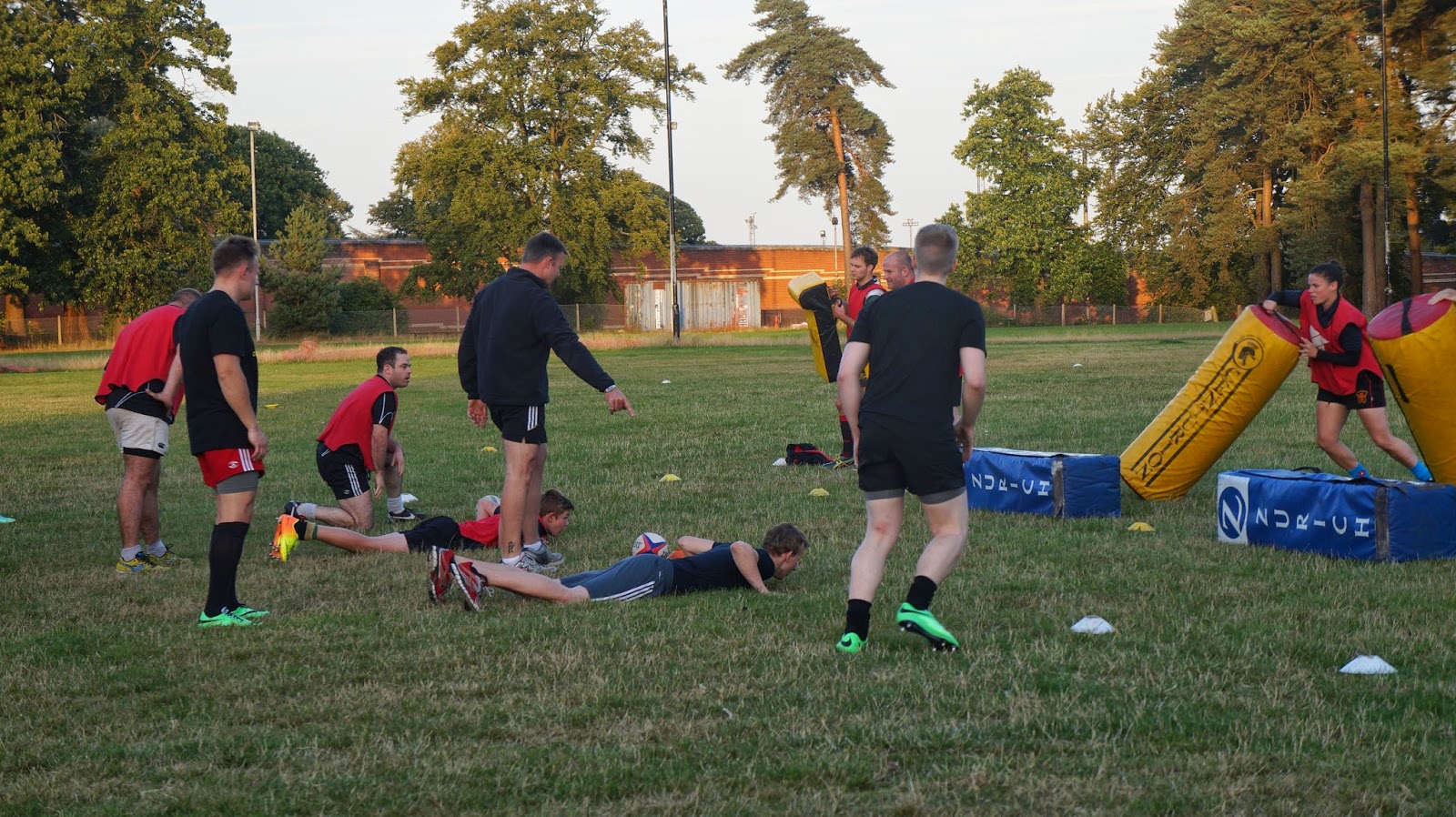 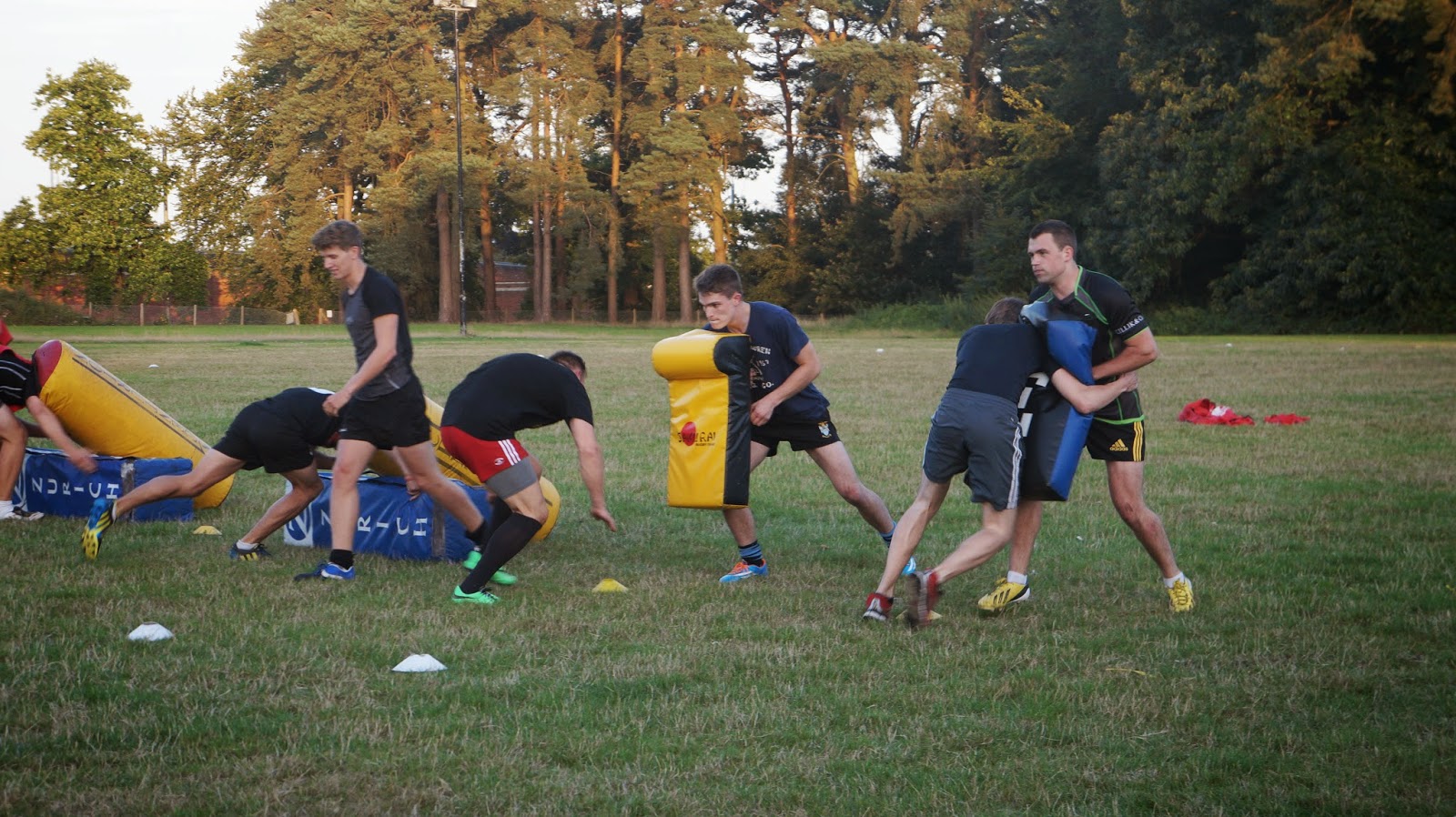 the next day I had to face another one of my fears:  going to the hairdresser's.. and not only that I don't like having my hair cut, this time I had to explain the hairdresser in english what I wanted him to do with my hair. BUT: all my doubts and anxieties were causeless! the whole procedure lasted for about 10 minutes, and when I then left the building I surprisingly was content.


saturday. somehow I'm a bit annoyed of doing this as if it was a calendar. monday, tuesday, wednesday..
but I don't really know how else I should summarize.

so in order to buy my tent (fortunately it didn't take me long to find a good one online) I went to basingstoke (because they wouldn't deliver it), about 57km from crowthorne. train connection is bad, don't have a car - so I rode the bike. 3 hours out and return, huge store, nice cycling trip. and great tent for 100 pounds instead of 300. only annoying thing was the bike which is too small.. 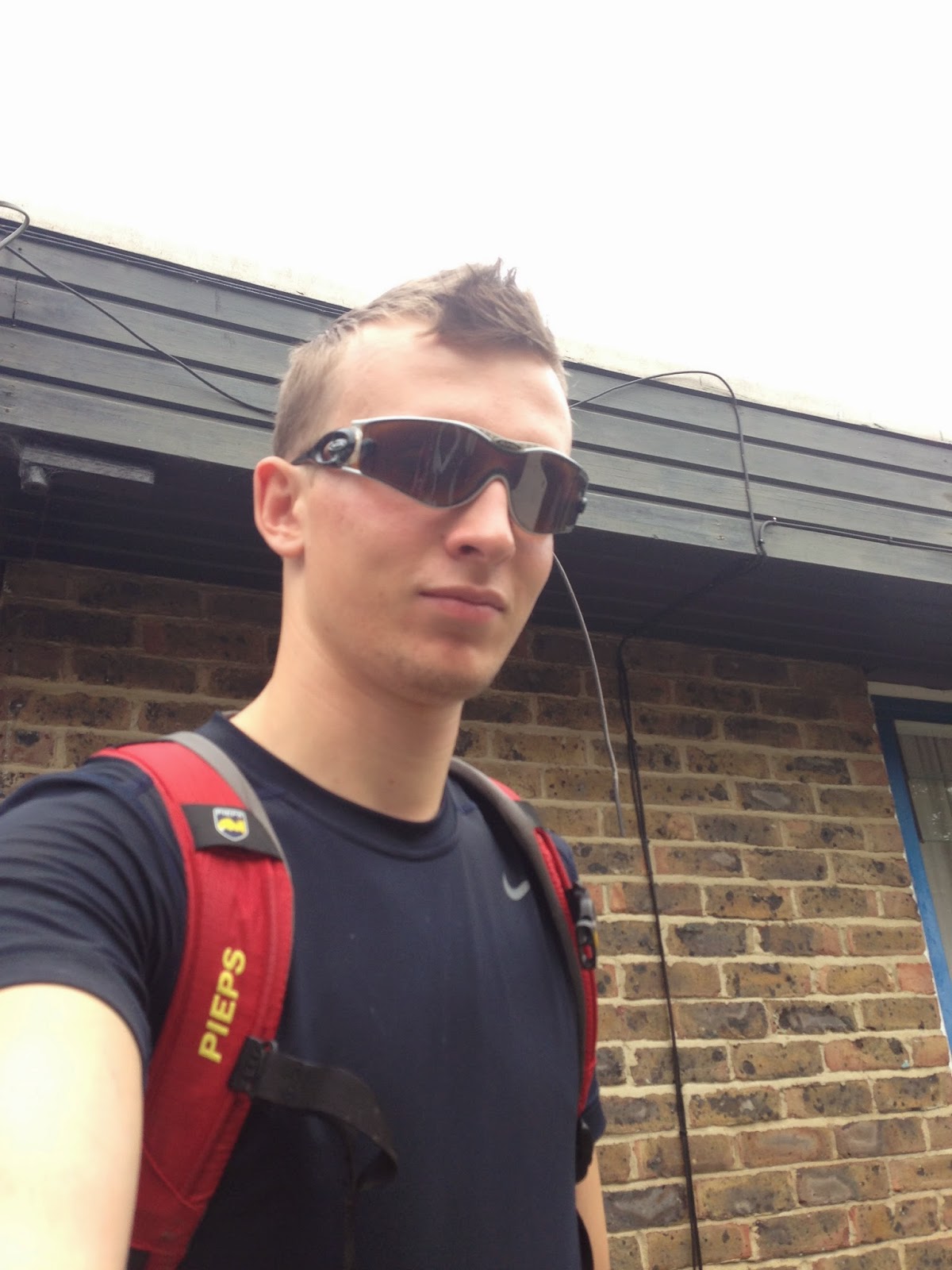 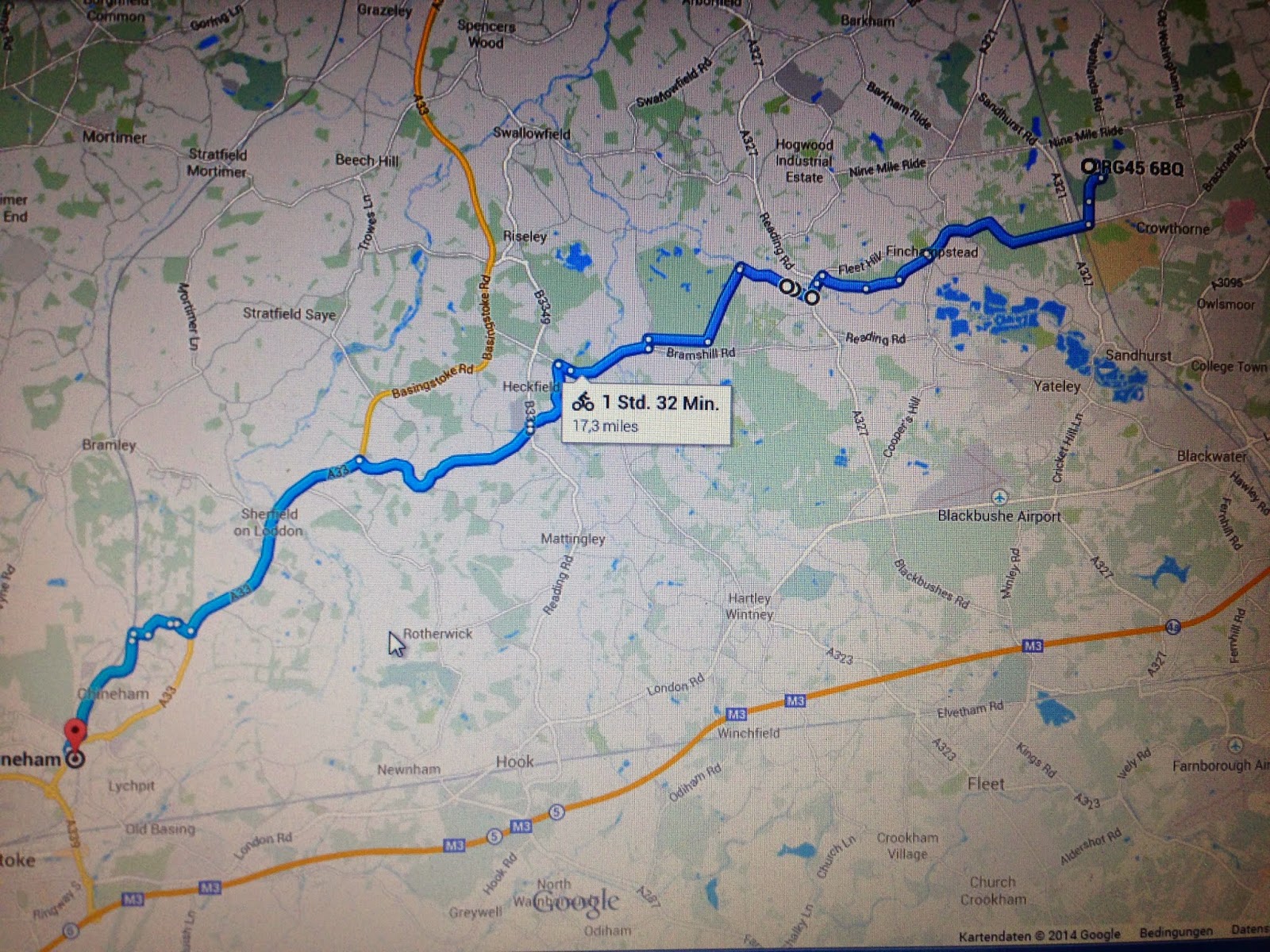 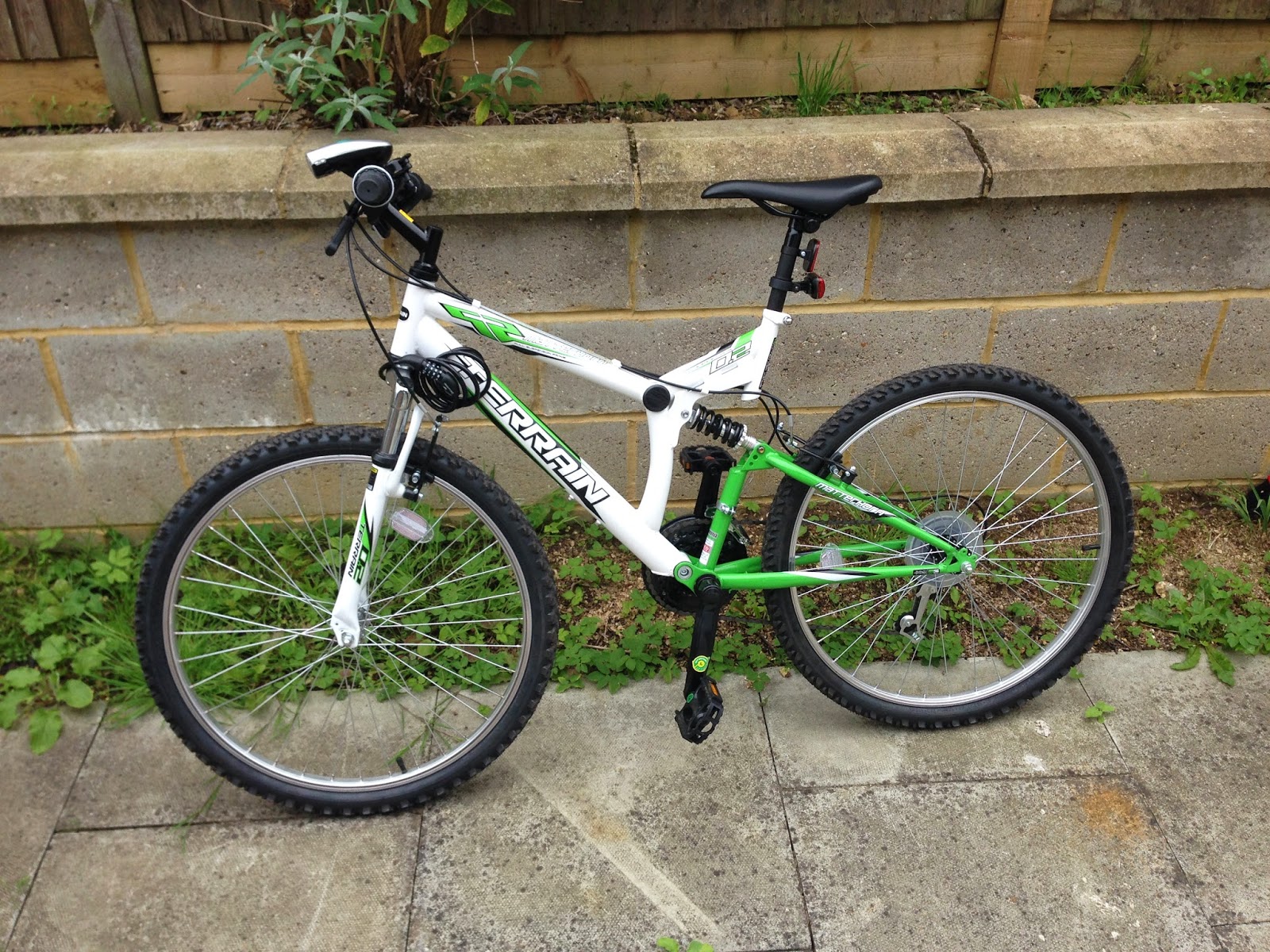 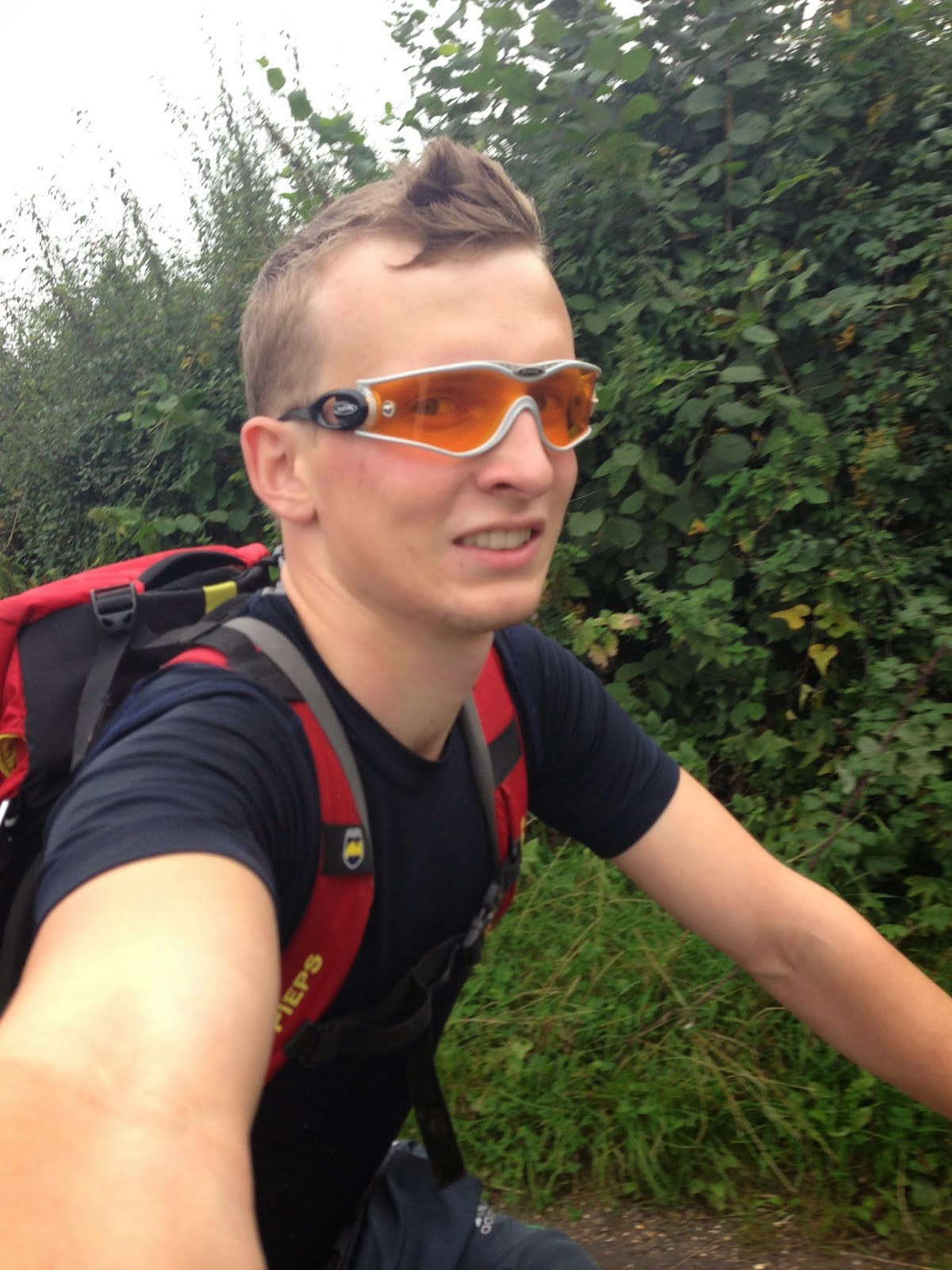 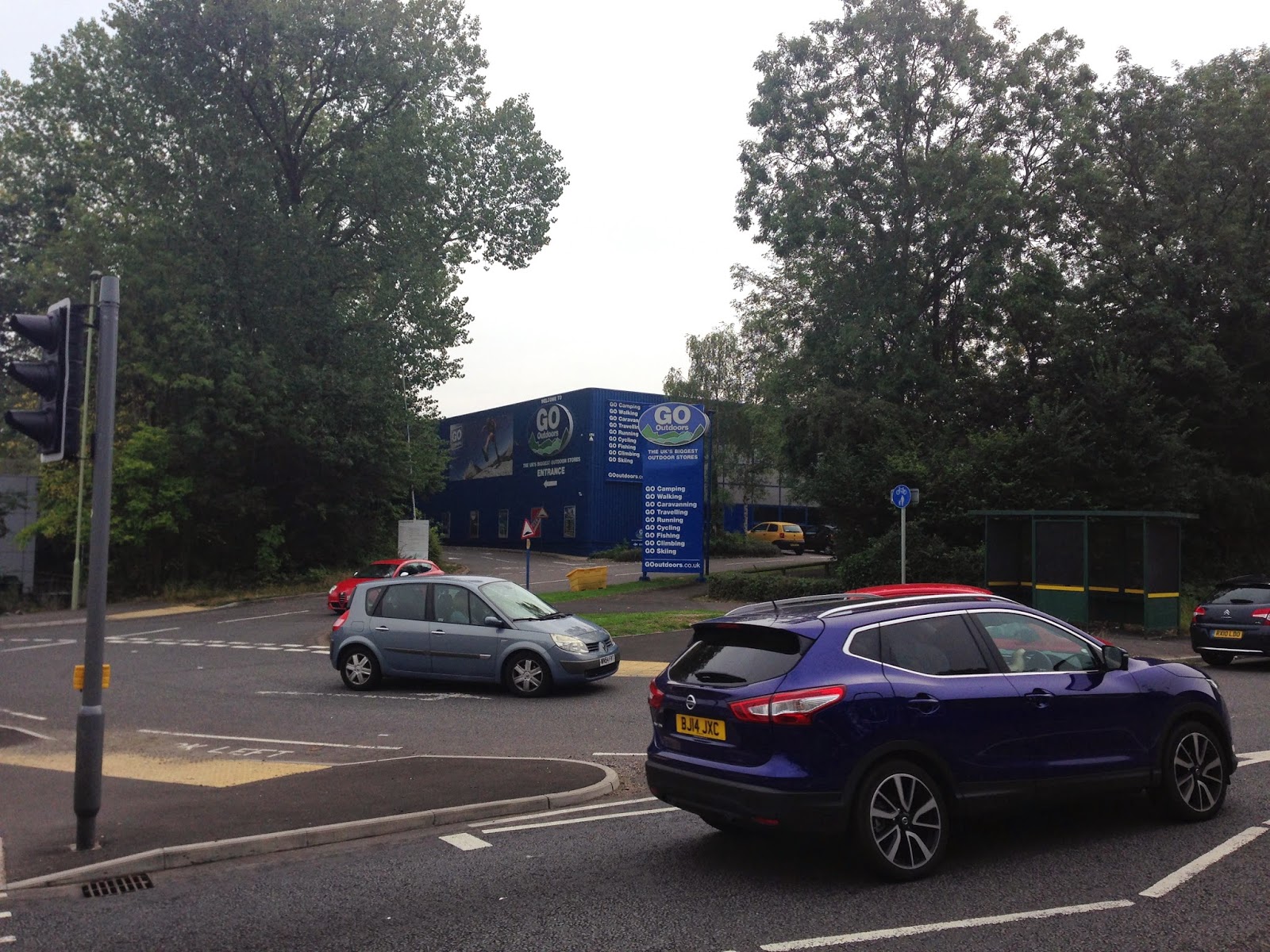 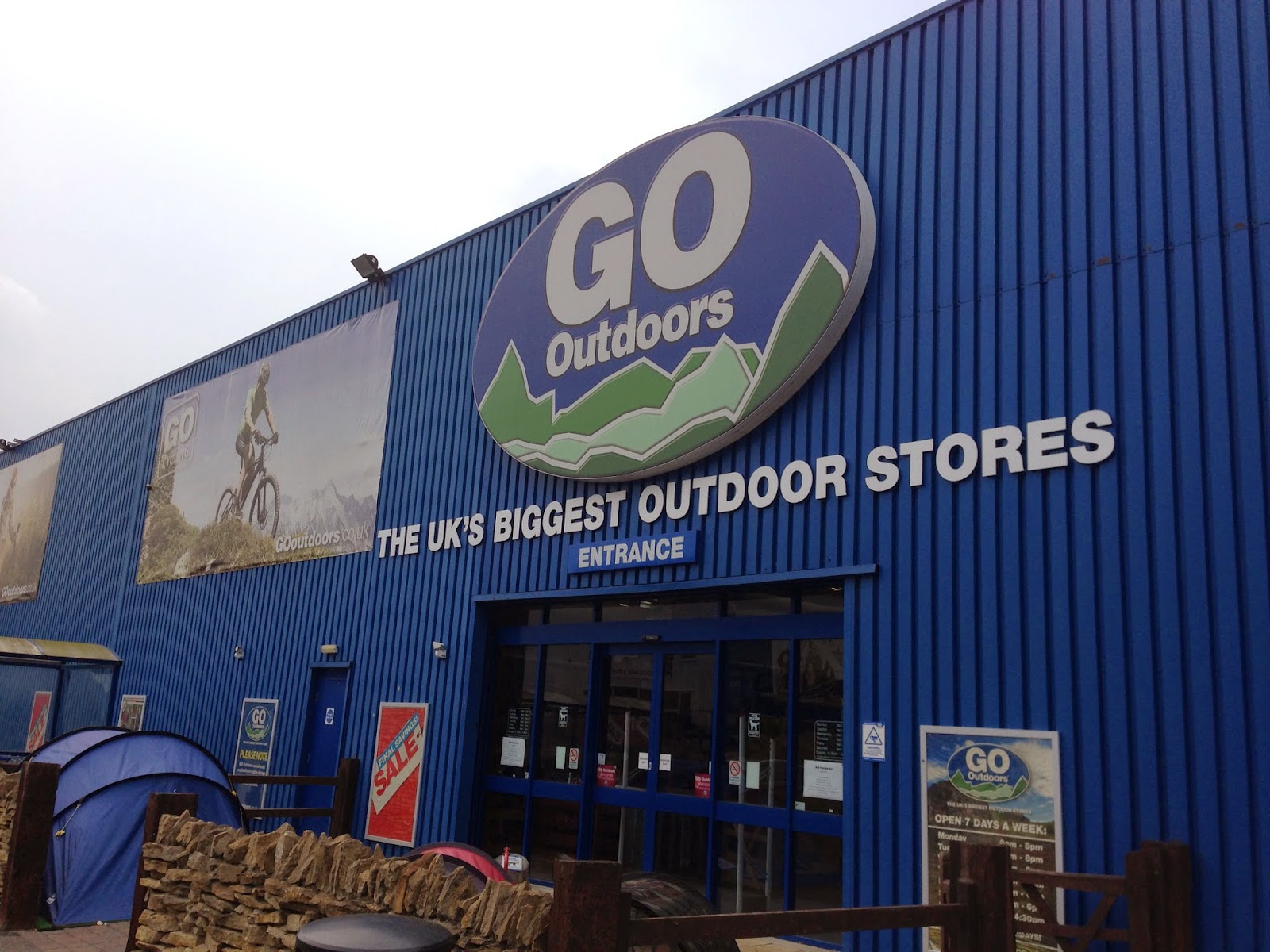 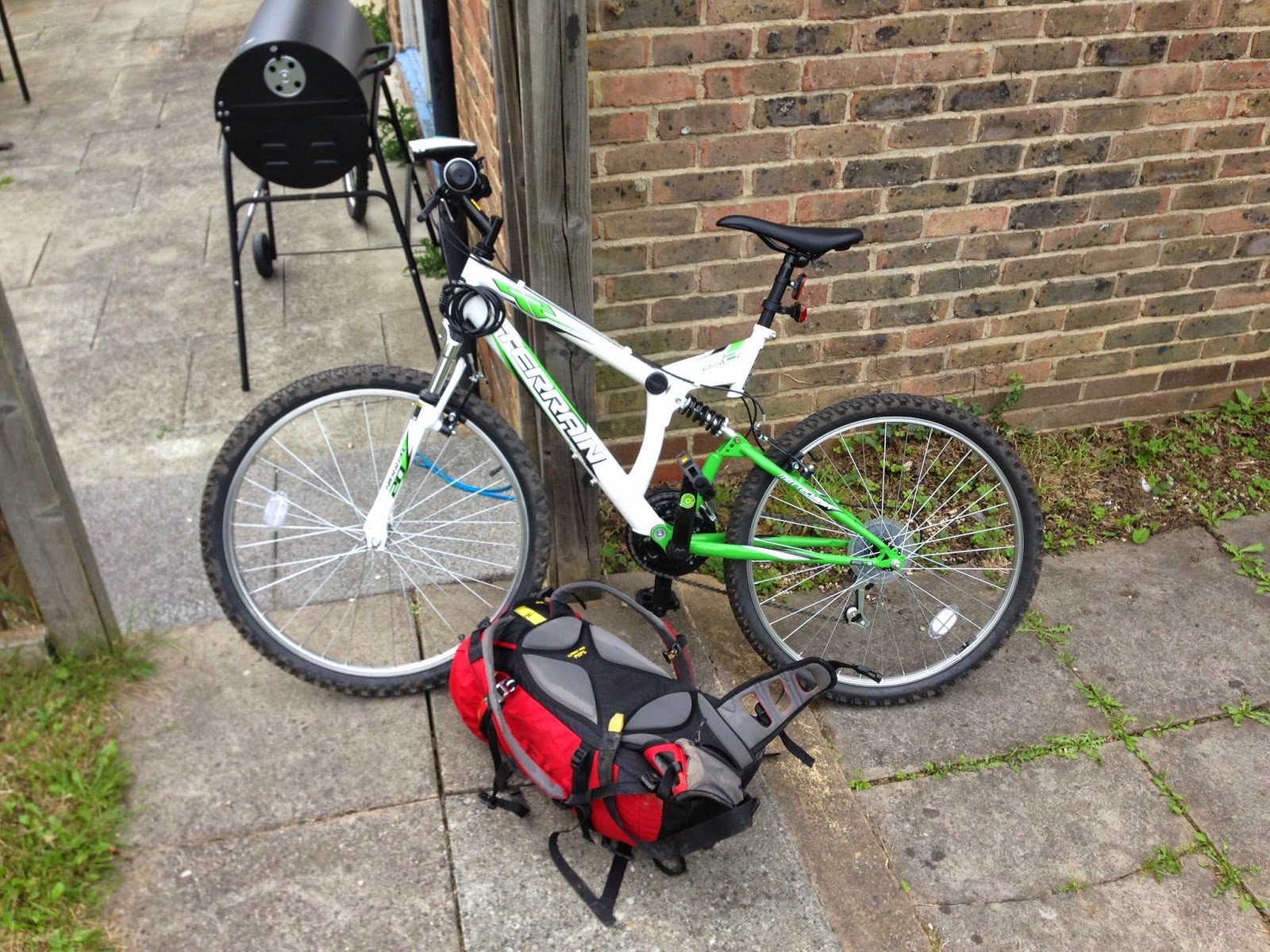 sleeping bag was more difficult, they all were crap or really expensive. however, finally I found one, ordered it today.
also I ordered my maps today, 3x ordnance survey - I can really recommend them, if you ever need a map of any part in the UK, buy one of these!
I've already found some boots, a compromise between light and fast & stable, but I need to wait with ordering until I have got money again.

I'm really looking forward to that trip, I don't know what is waiting for me, will be exciting. I will then write a more detailed entry. 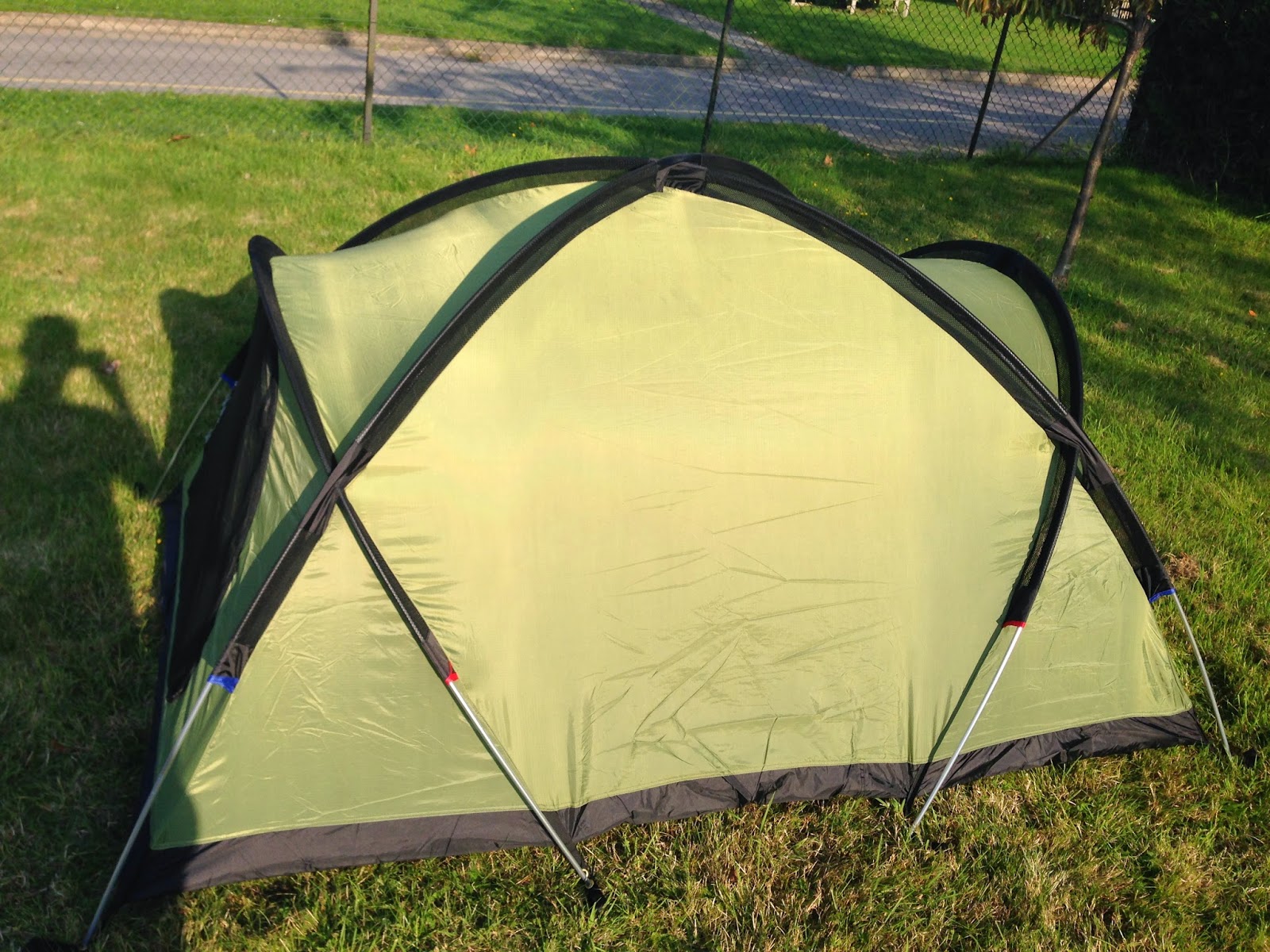 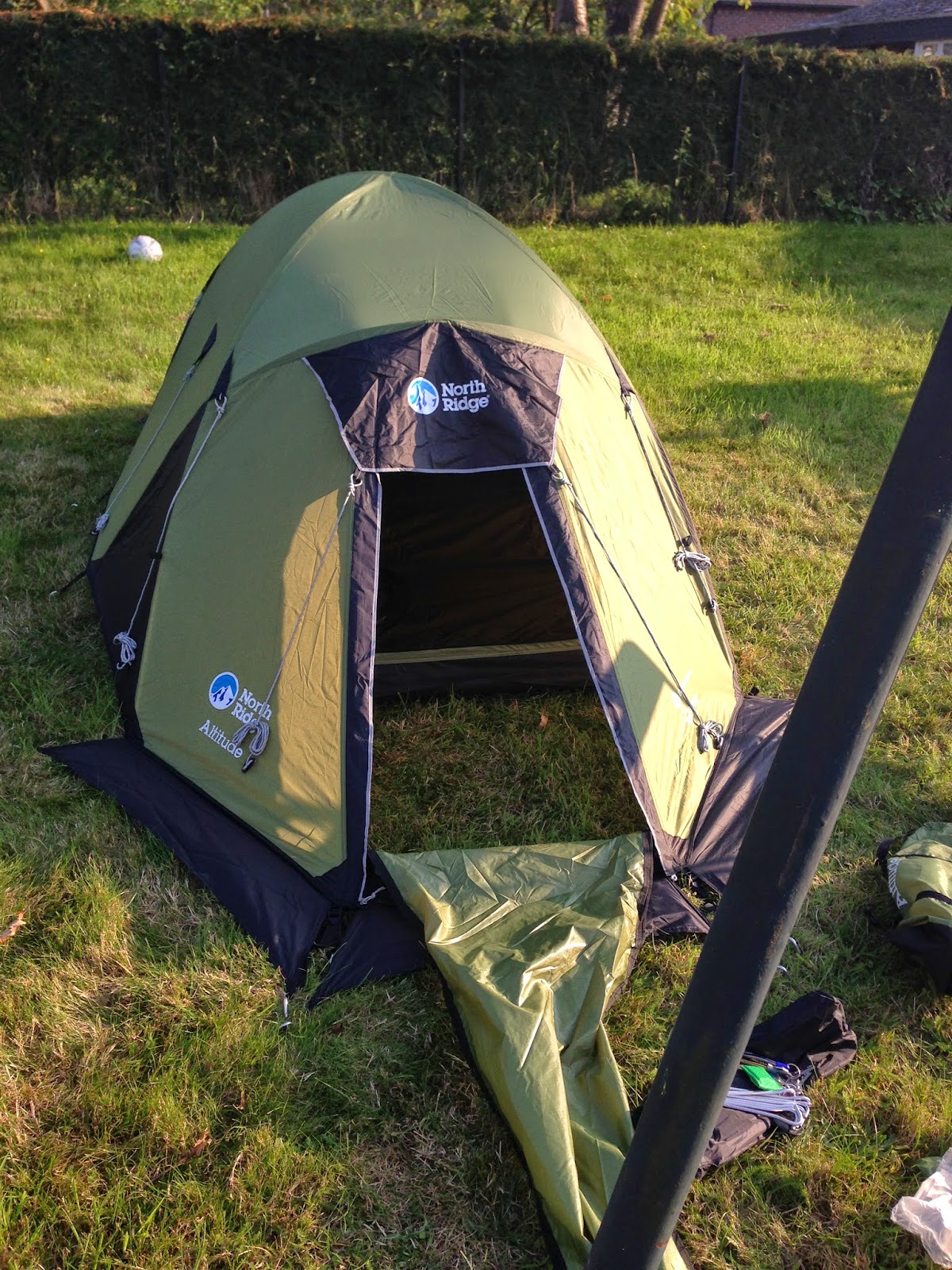 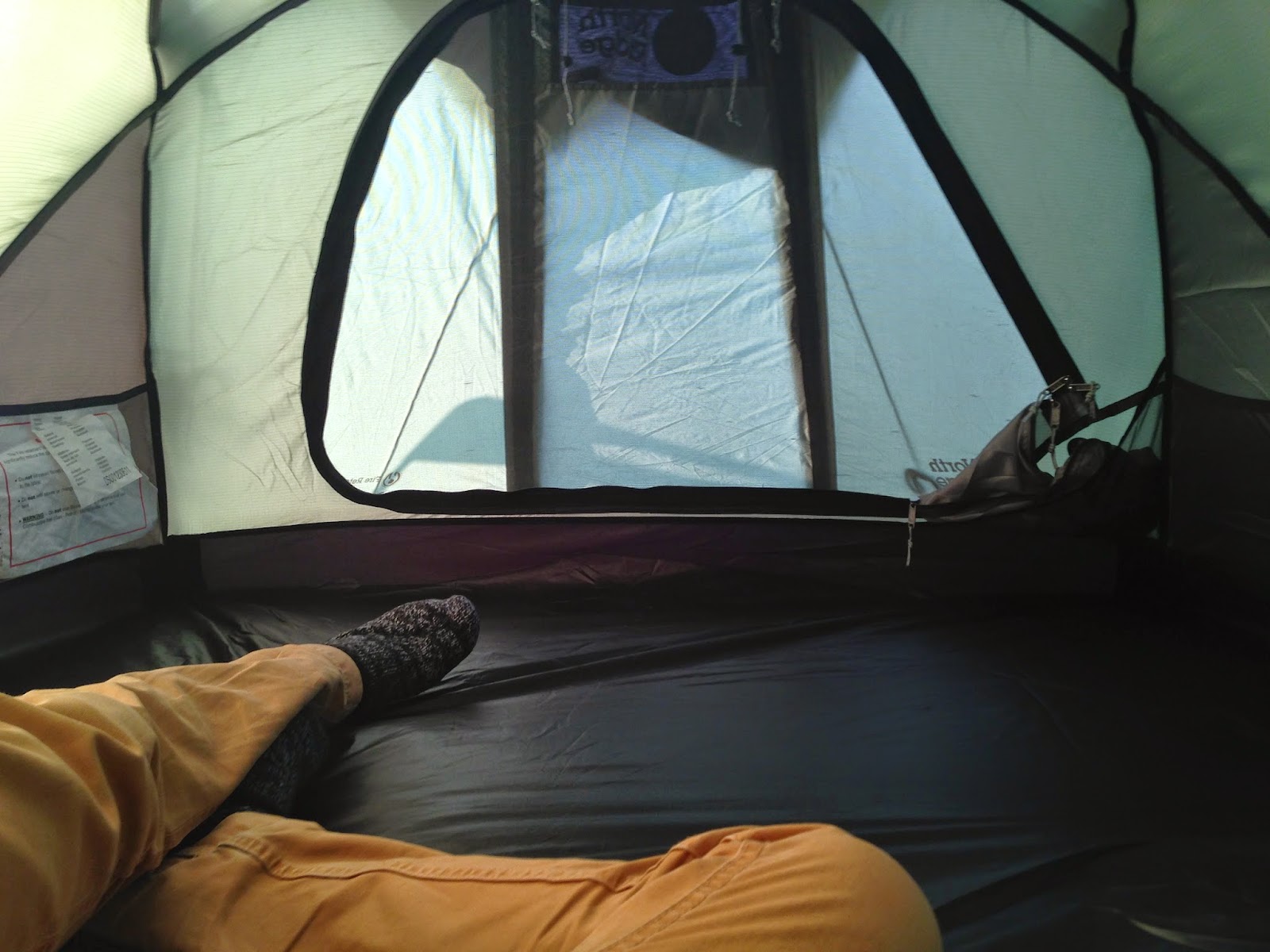 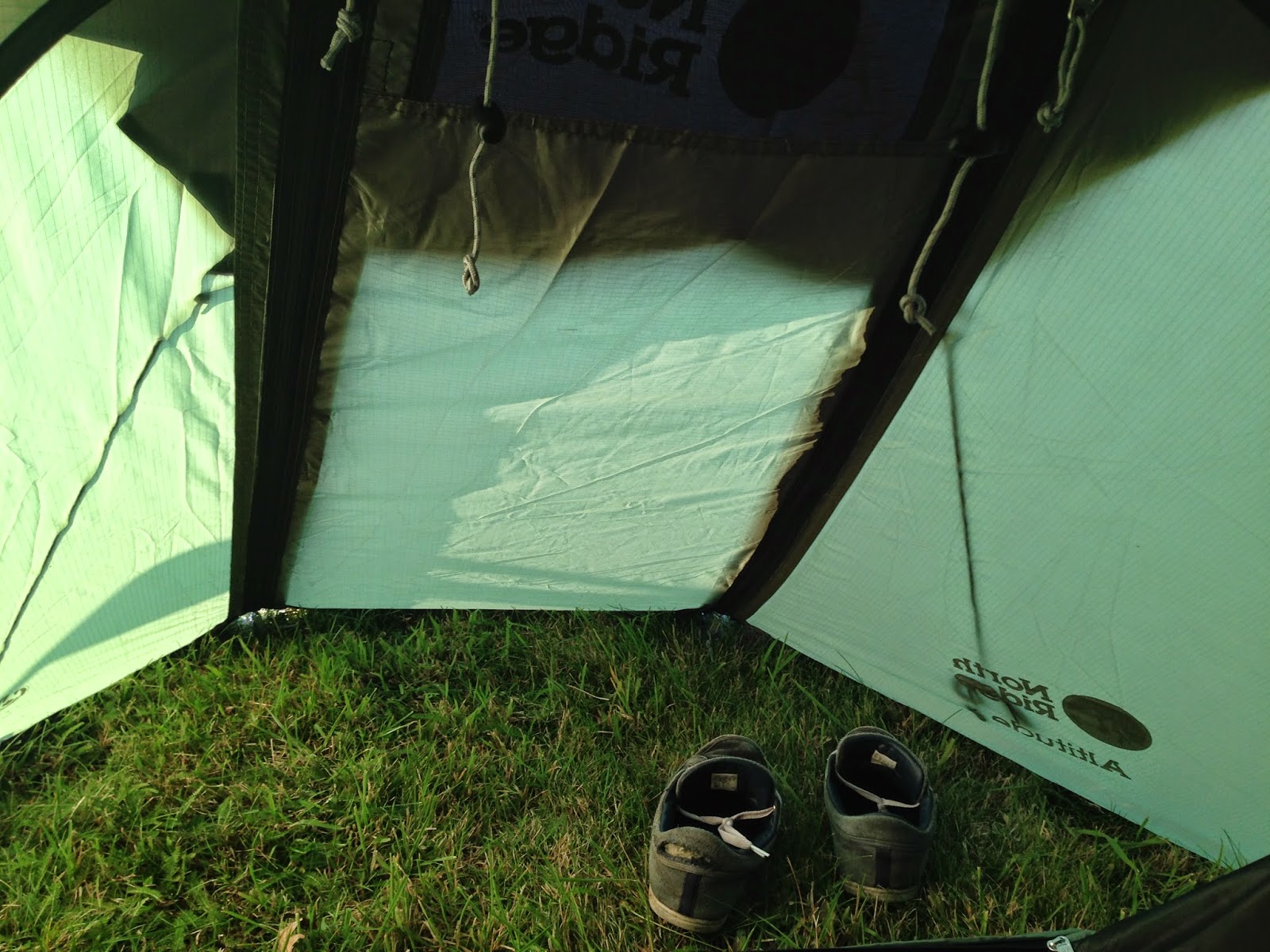 what else happened this weekend?

well, there was the moon festival, which is celebrated every year in several asian countries (upon others china, south korea, japan, taiwan). our asian housemates prepared lovely food and we had some barbecue, all in all a nice evening. highlight was lighting the flying lanterns which we found in the local charity shop (I LOVE THIS SHOP!). we were not totally sure if it is illegal but anyway it looked nice. 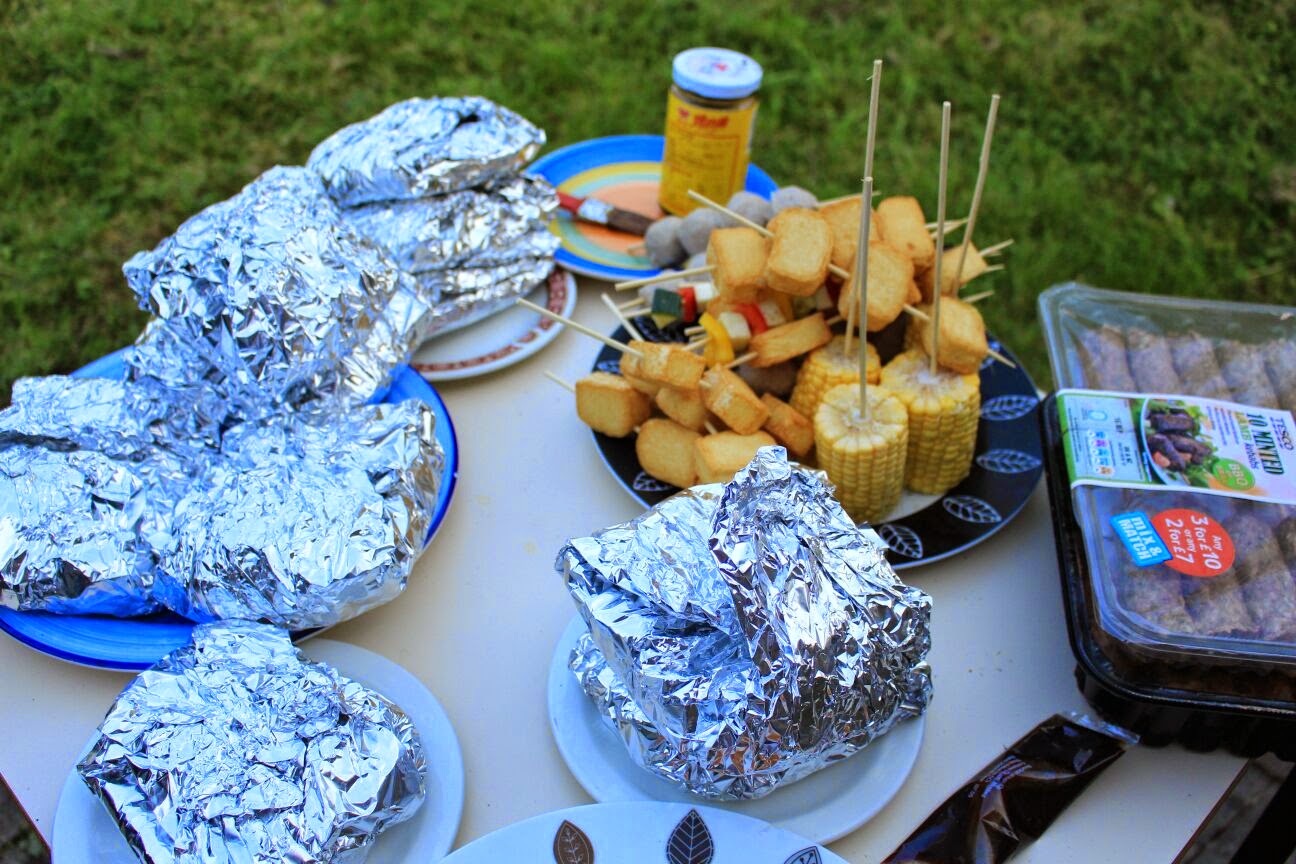 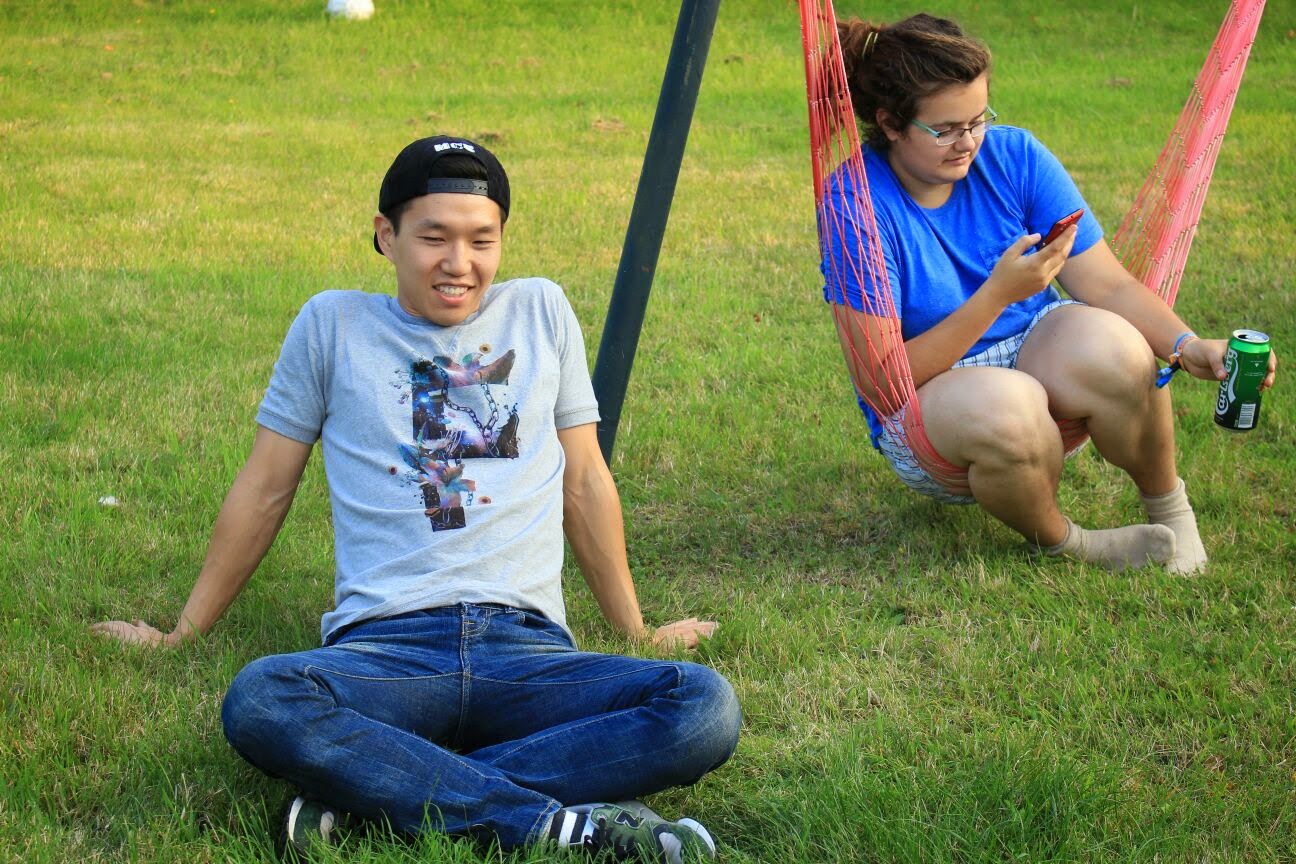 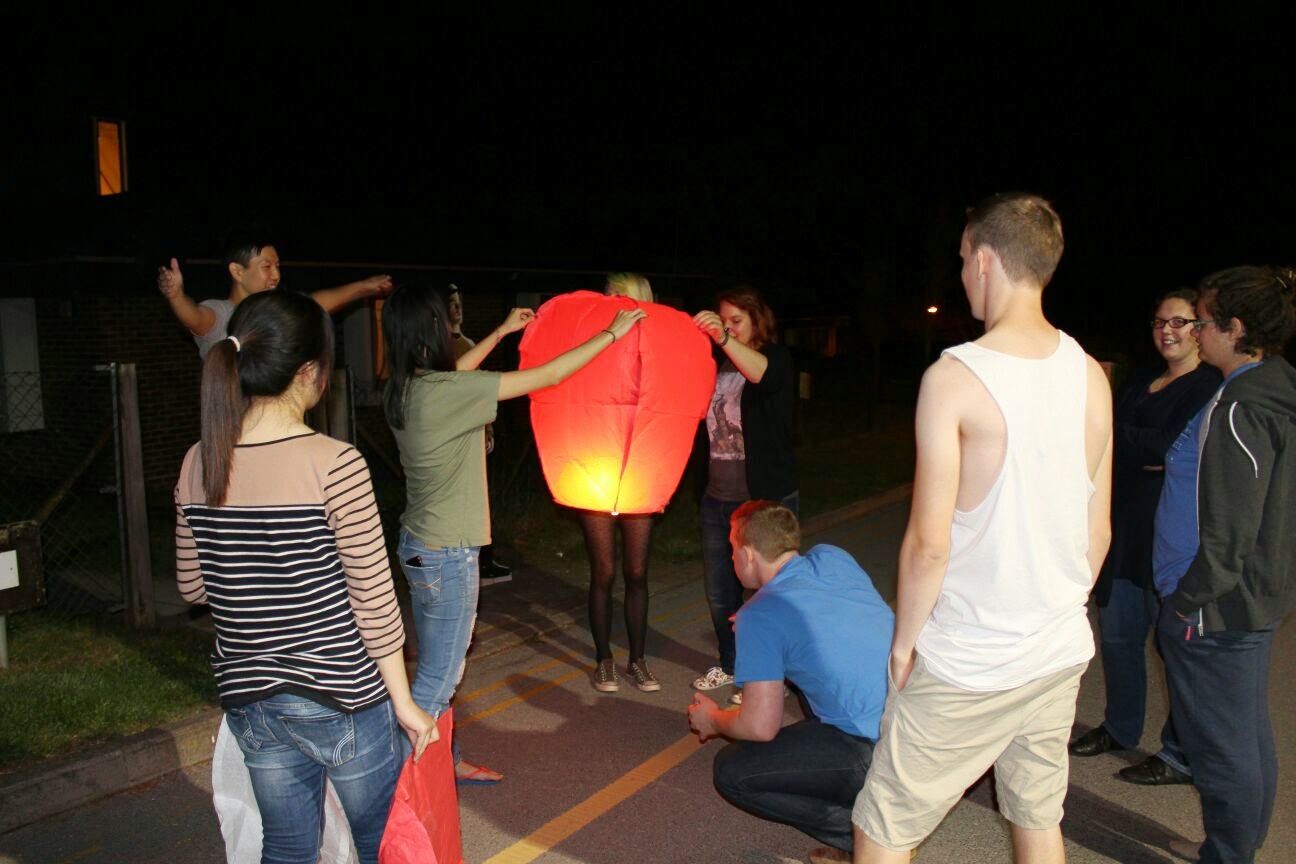 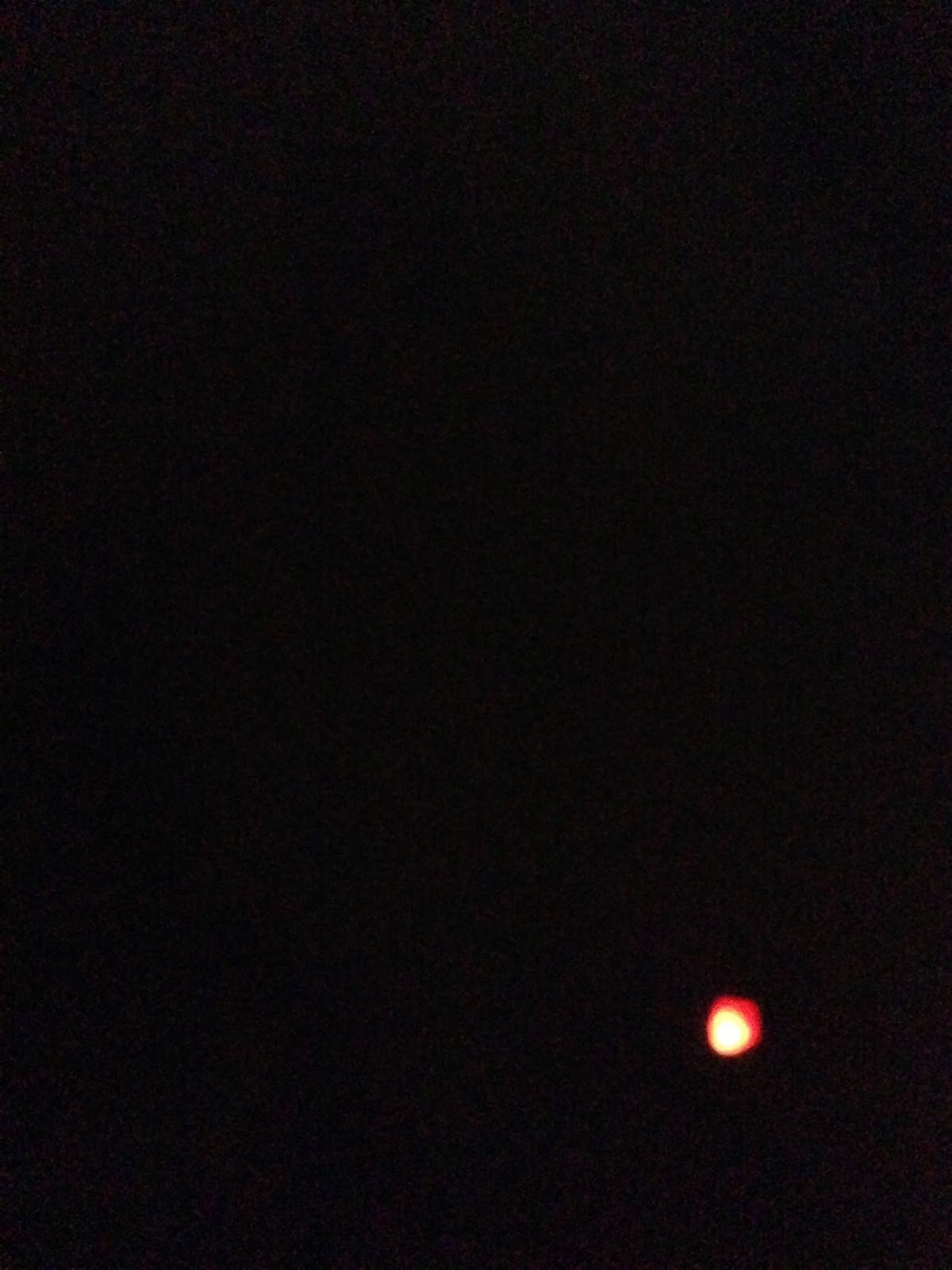 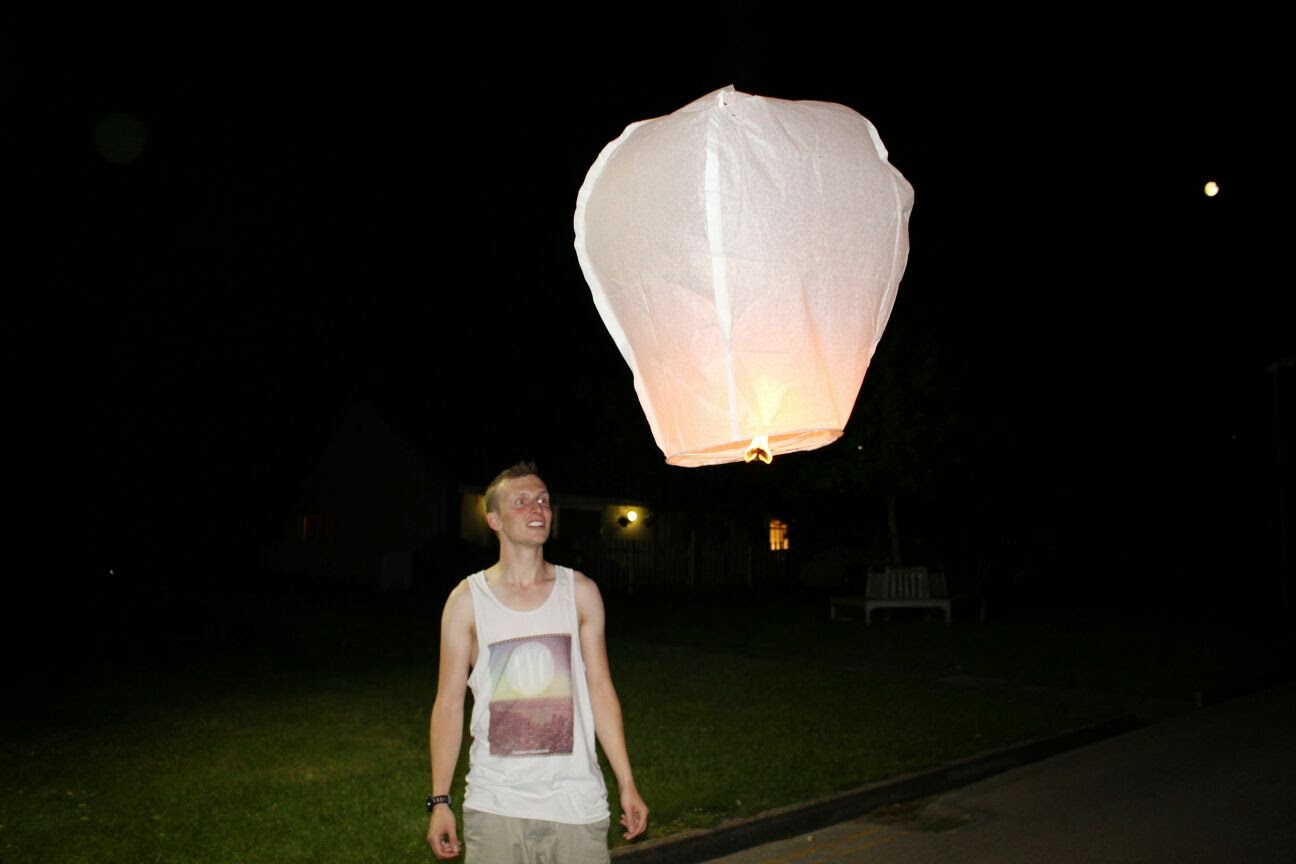 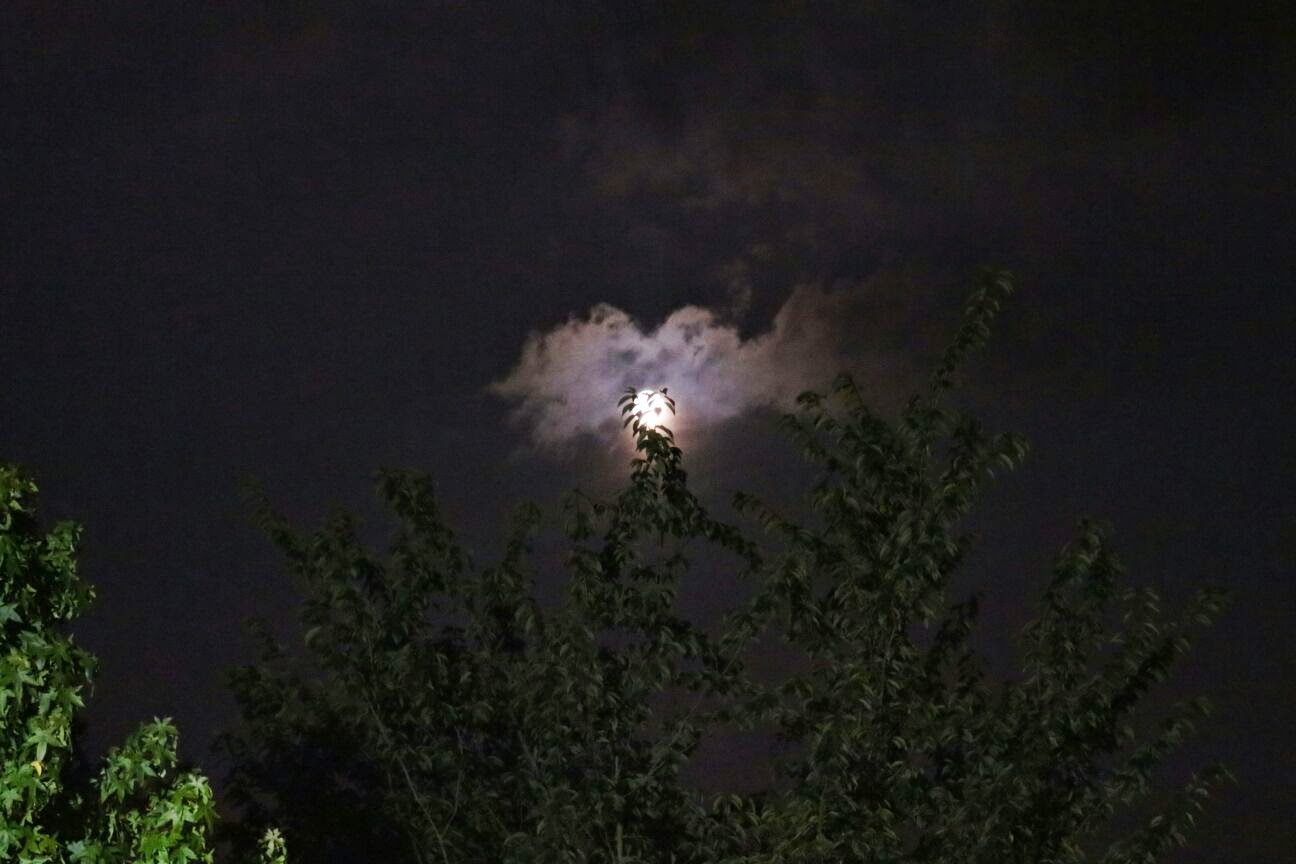 you see, my descriptions are getting shorter and shorter, it's already 12:16am.
there's only one day left. on sunday as I already mentioned julie had her first rugby game, I'm glad that I could motivate myself to cycle to the pitch and watch the game. although our team lost the friendly game it was a good experience for julie, I think. so was it for me, I will watch some professional games when I've got some time, that should help understanding some more rules and tactics. by the way, we bought tickets for a professional game in november, england against some african country, forgot which one. 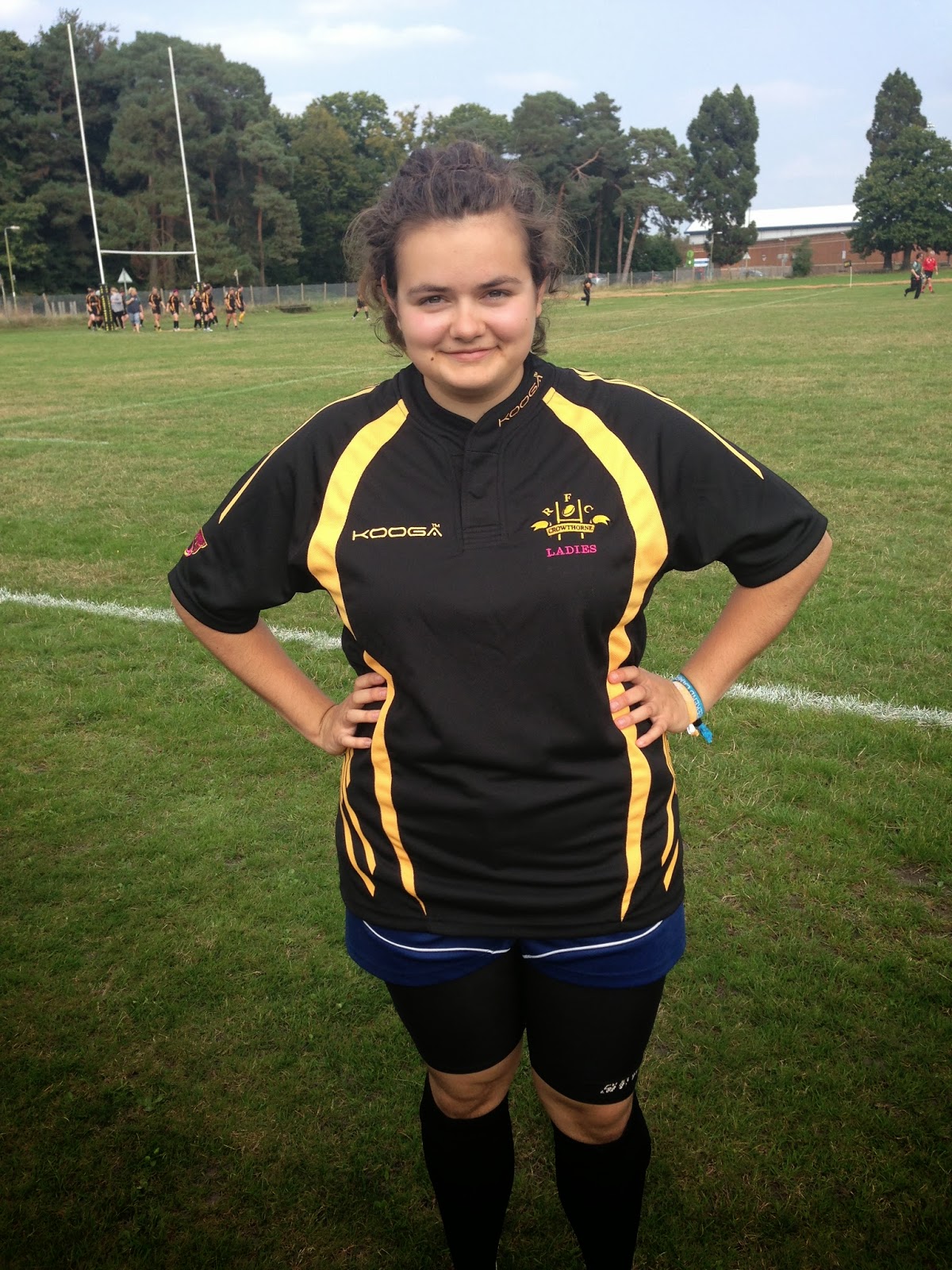 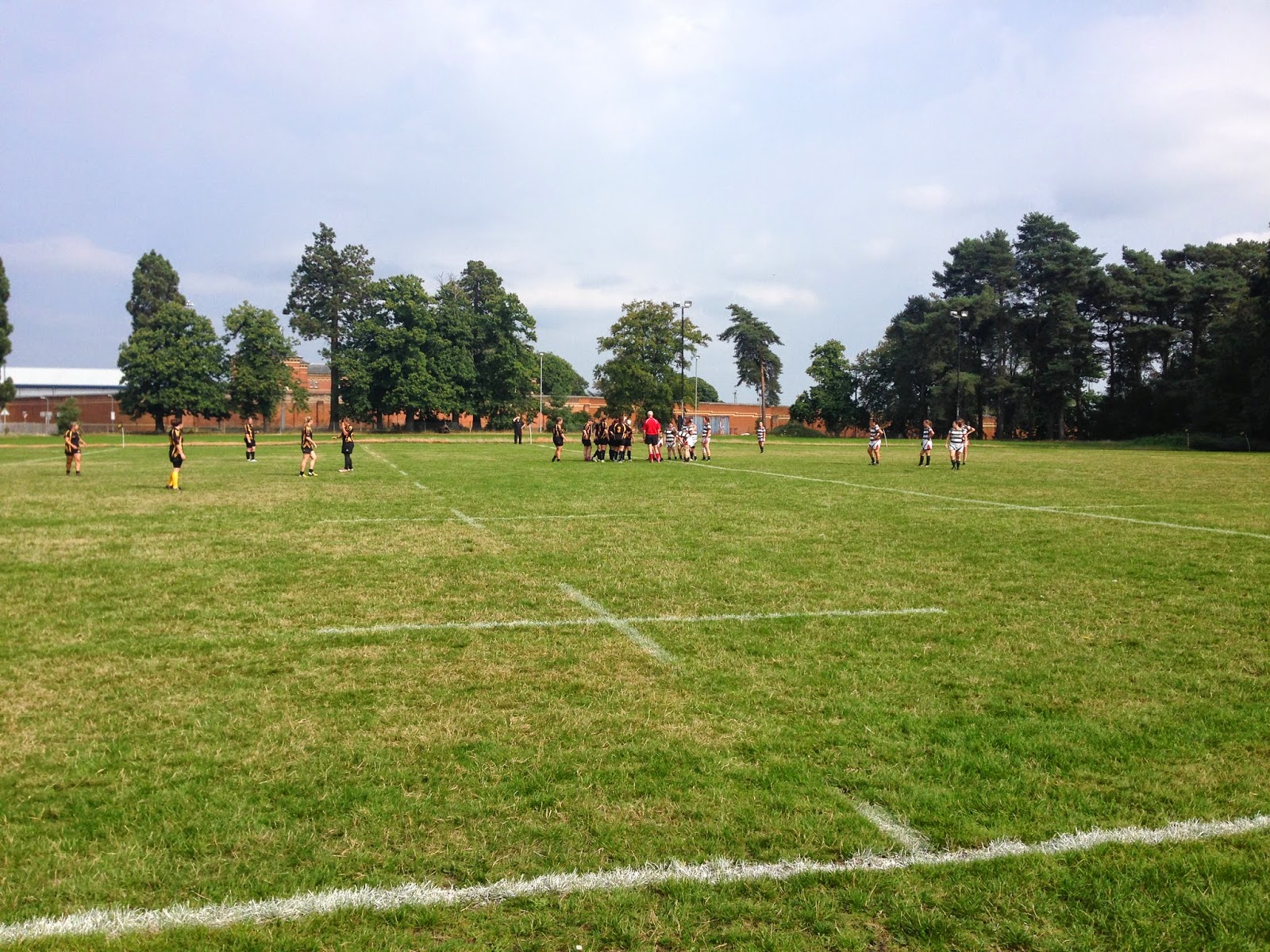 I hope you're all fine,
and I have to say it's really nice that a lot of you text me, I'm sorry when I'm not always able to answer immediately.

lots of love to everybody,
matthias
Posted by Unknown at 12:57 am