there's no headline for so many things

sooo, it's time now for a new entry.

since I've put off writing for so long (I posted my last entry exactely 3 weeks ago), I think it's better to divide it into the three weeks, makes it easier for both you and me.

week 1:
a basic problem is that I can't really remember what I did during all these weeks, so I'll probably jump from weekend to weekend. though, I do remember that the first week (of these three) was characterized by disney - we watched tarzan, mulan, lion king, the emperor's new groove & the others also watched atlantis. all in all, a week of simply amazing entertainment.
on saturday, we had our first dafna day. basically, the idea is that one day in the month all the people from our house spend some time togehter; that week we went to the coast, more precisely to brighton. however, on this first dafna day two of us couldn't join due to work/other plans..
in brighton we were picked up at the train station by daniel, another csv who's living in that city. together we spent some time at the beach and the pier before our group split in two smaller ones due to different interests. daniel, bianka, julie, katrin and me, we relaxed for a while in a park at the royal pavillion and later went to the seaside. daniel, katrin and me actually really went swimming, was great, quite big waves!
after that, daniel showed us a nice café and some sort of shopping street which is made up of a mixture of "alternative" and tourist shops. btw, there were loads of graffiti in brighton, pretty cool. also I got two awesome posters for my room, £ 1 each. 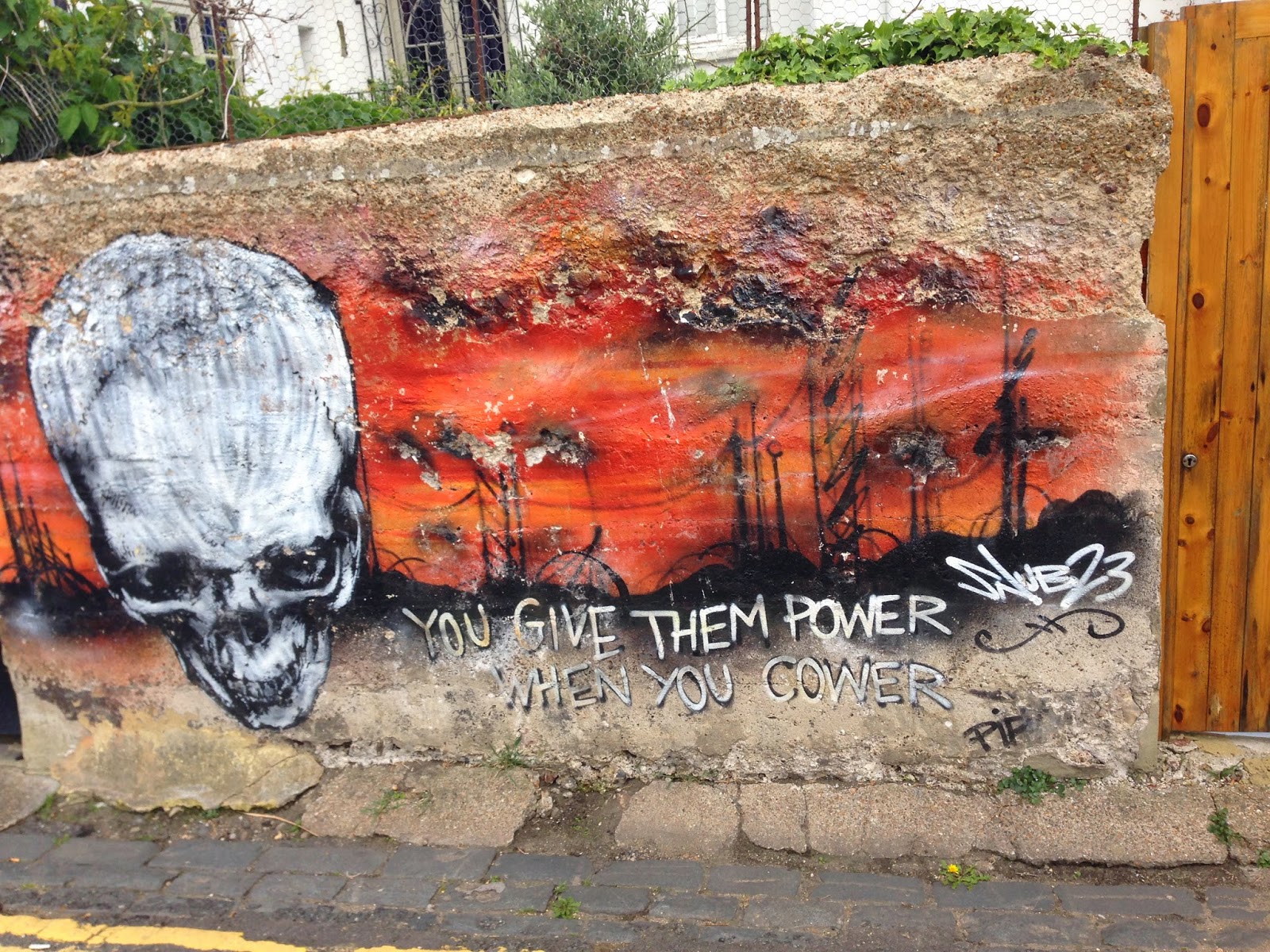 on that week's time scedule there were the first two trainings for most of the dafna people. "introduction to norwood" & "jewish way of life" - as the names already reveal kind of basic courses which would have probably been more useful at the beginning of my placement. anyway, I found the training about jewish culture including festivals (especially shabbat), food rules etc very interesting.
moreover, in that week for the first time I supported one of my residents in the swimming pool. since a lot of the other volunteers had already been doing that for a while, I had been truly wondering if I had done something wrong which possibly could have made my managers believe that I'm not reliable. :D but now I'm going swimming more or less regularly, so it's fine (:

on saturday morning, julie, minji (volunteer from southkorea who is currently living in oxford), pamela (one of minji's friends; she's from mexico) and me started our journey to creamfields festival which we all had been waiting for excitedly. unfortunatly, the wellington boots which I had ordered two days before (naturally with "next-day-delivery") had not been delivered, so from the moment we left the shuttle bus at the festival area the next two hours were a really muddy experience for me. I put two plastic bags over my feet and fixed them with duct tape which was good in terms of preventing them (and me) from the mud, but on the other hand that was really bad for my stability since it made the whole thing even more slippery. however, somehow I managed not to fall down.
after some time (it felt like ages), we found some vacant place at the camp site, pitched the tents and finally enjoyed our first beer with our new neighbours.
creamfields' shows were incredible, so much lights and lasers, pyrotechnics and absolutely mental music, of course. apart from deadmau5, steve aoki, showtek, armin van buuren and nervo, the show of calvin harris was absolutely mind-blowing! 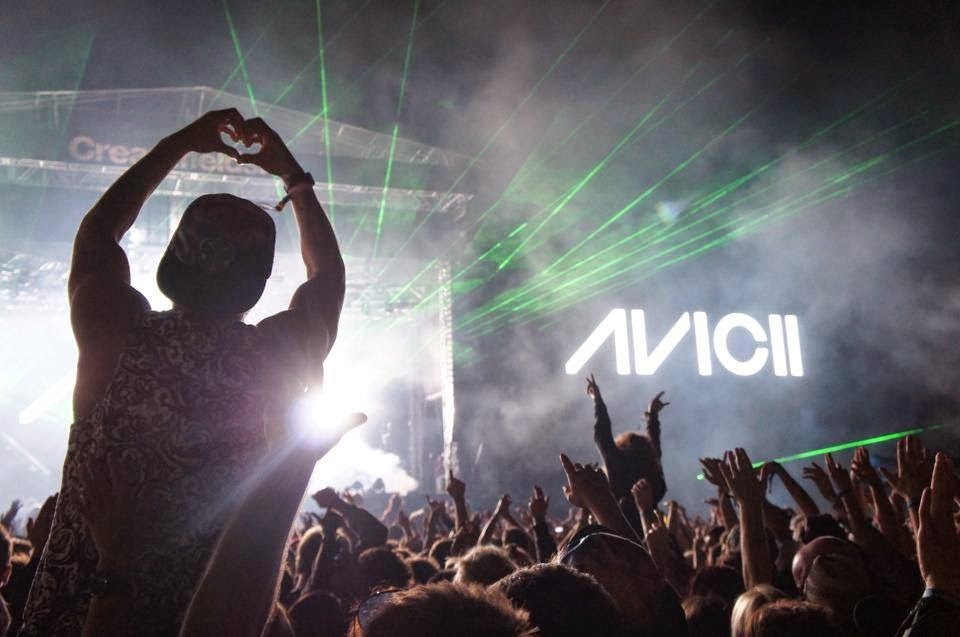 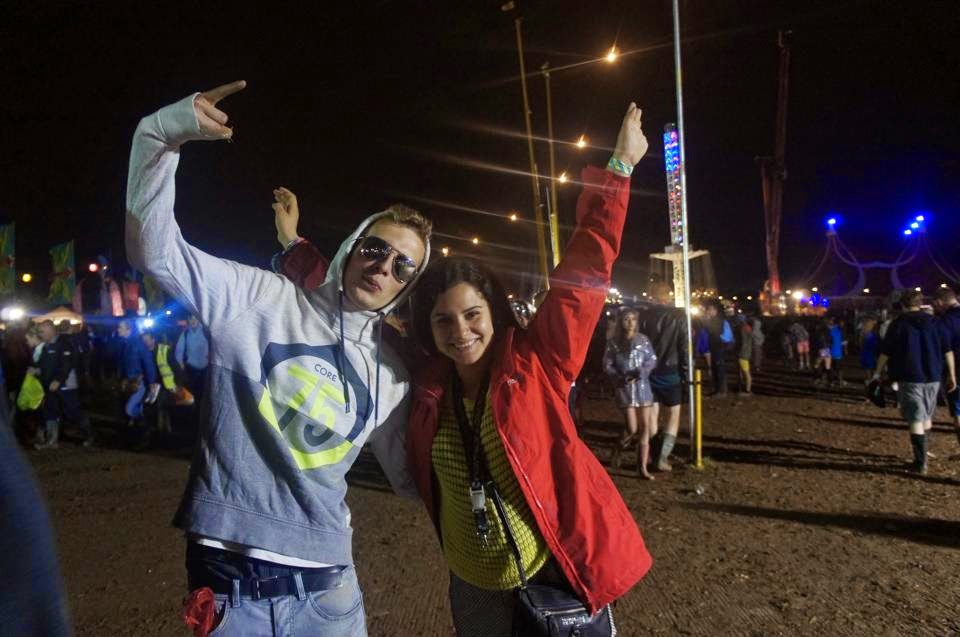 we returned from the festival on monday - bank holiday. the following days I was very tired but had to clean all my stuff, terrible..
on thursday my parents who before had been travelling for about 6 days in the UK arrived at ravenswood, they would stay here for a couple of days. in the evening we had dinner at the prince, our pub in crowthorne, but before we went to the rugby training, my parents were watching.
I finished work on friday earlier in order to have enough time to go to windsor with my parents. although the weather was not perfect it was a really nice afternoon in this tiny but pretty town. on our way back we had some difficulties with finding the right way (my dad drove the car, I read the map :D you might not believe me but it was not my fault :D).
in the evening we had a nice birthday party in dafna, elisa and katrin were our birthday "children". 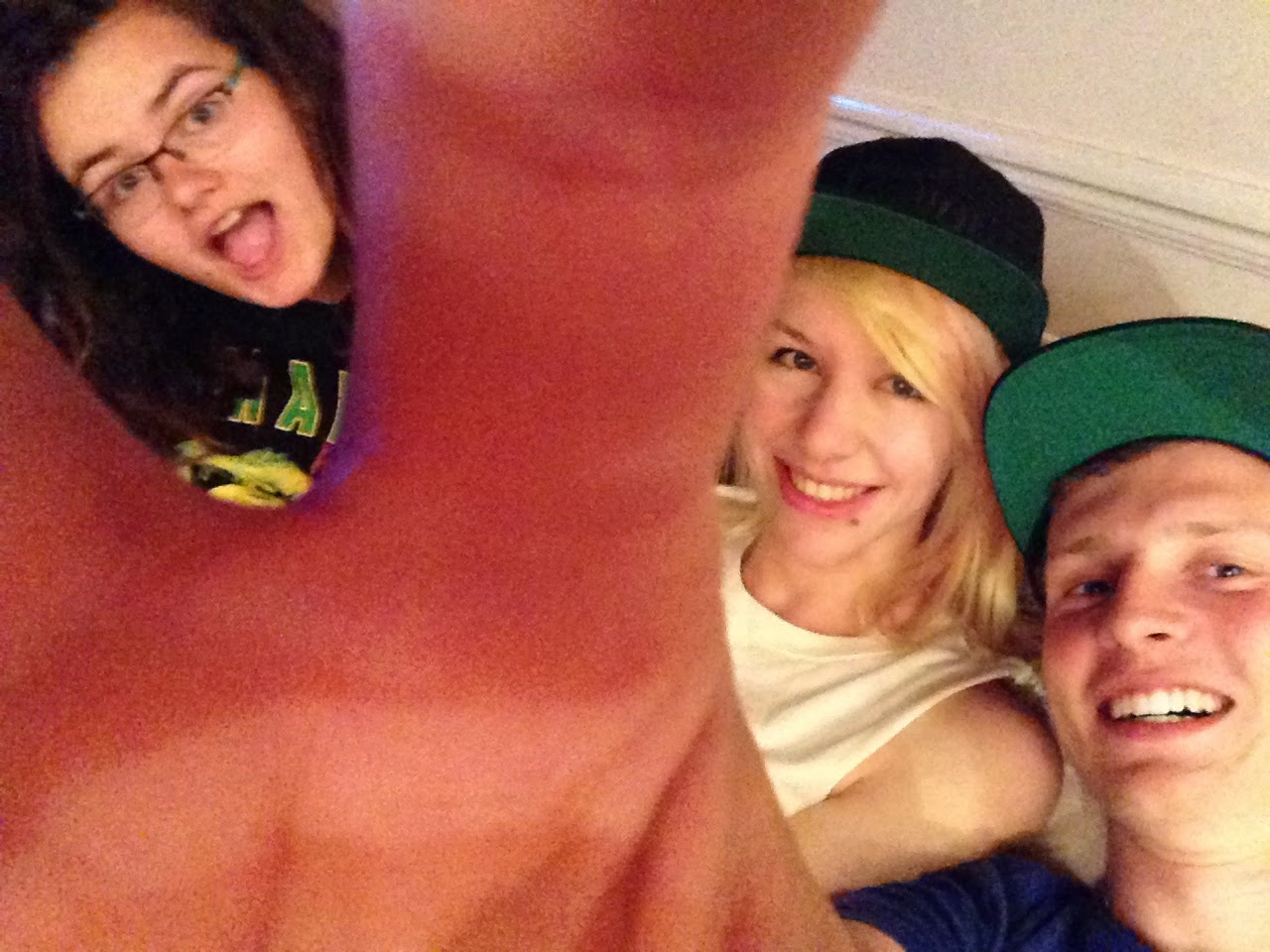 saturday: after about 3 or 4 hours of sleep I got up, but not as tired as I should have been. my parents and me, we went for a walk around the village and then to heath lake which is quite near. not only was it very good to see and to speak to my parents, but also it did me good to hear and speak my language, especially my dialect which I'm sometimes really missing.
in the afternoon our paths separated again, my parents headed towards stansted and I went to oxford together with julie where in the evening the birthday party of pamela would take place. there we met several people from different countries (all in all there were mexico, venezuela, italy, south korea, spain, germany and austria represented). sunday was very lazy, we first made burritos and then in the afternoon enjoyed the lovely weather at some incredibly idyllic place near to the river thames. 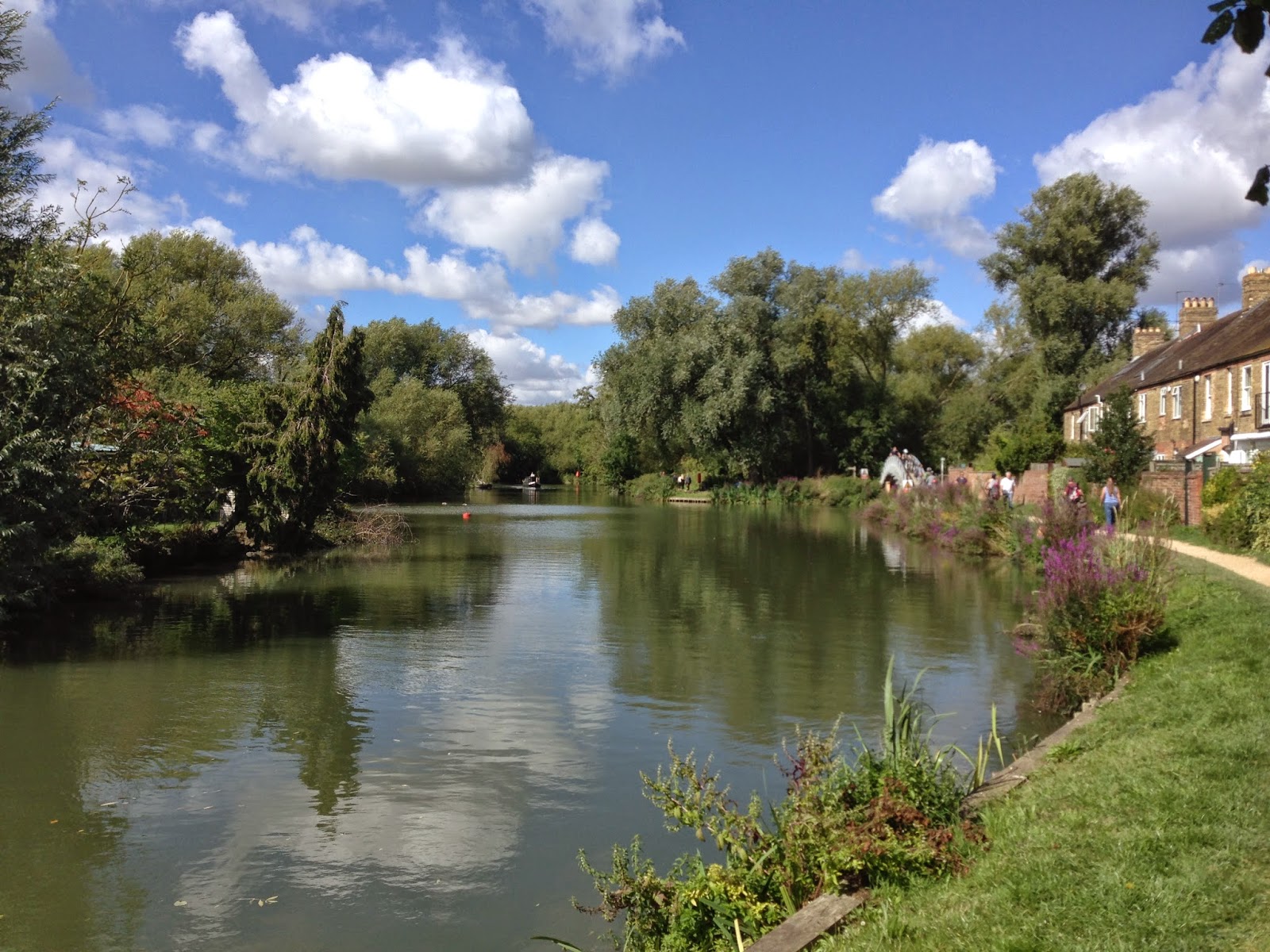 I can't believe that I'm finished now, has been soo much to reflect.
my goals for this week are now to sort out some things, clean up my room, write some postcards, stuff like that. moreover, I have to plan my next trips in detail and think about the following months.

I hope I manage to write the next entry sooner, it's horrible to sum up so many days and weeks..
enjoy yourselves and stay tuned.!


ps today we had a power cut for about 40min, and for the first time I really realized how dependent we are.. no telly, no wifi, no charging, no playstation - all these essential things are not possible without power supply. no, seriously, for the first time I was really a bit worried due to a blackout, all our food in our freezers and fridges, no information, no landline, etc.. just saying.
Posted by Unknown at 9:14 pm