BRISTOL & BATH
saturday 24/01/15
09:33am - in reading station's waiting room. quick look at the destination board - more than half of the trains cancelled or at least for half an hour delayed - a situation which should not be experienced for the last time within the following few weeks. motivation good though, prospect of staying in bristol for three days with dani. bristol is england's sixth biggest city with a population of about 450k people, has got its own currency (the bristol pound) and is famous for the clifton suspense bridge, banksy and actually quite a lot of other things.

anyway, dani and I arrived there somewhen arround noon, lovely january weather, sun, not too cold (respectively warm enough clothes), no strong winds. on the way to our hostel which was located at queens road (quite central) we already accomplished almost half of all the goals we had set for this city trip :D st mary redcliffe church, queen square, centre promenade where we had lunch, and some of bristol's nice streets. I have to say, I didn't expect bristol being such a good place - both dani and I were totally impressed by that friendly, warm and open city. 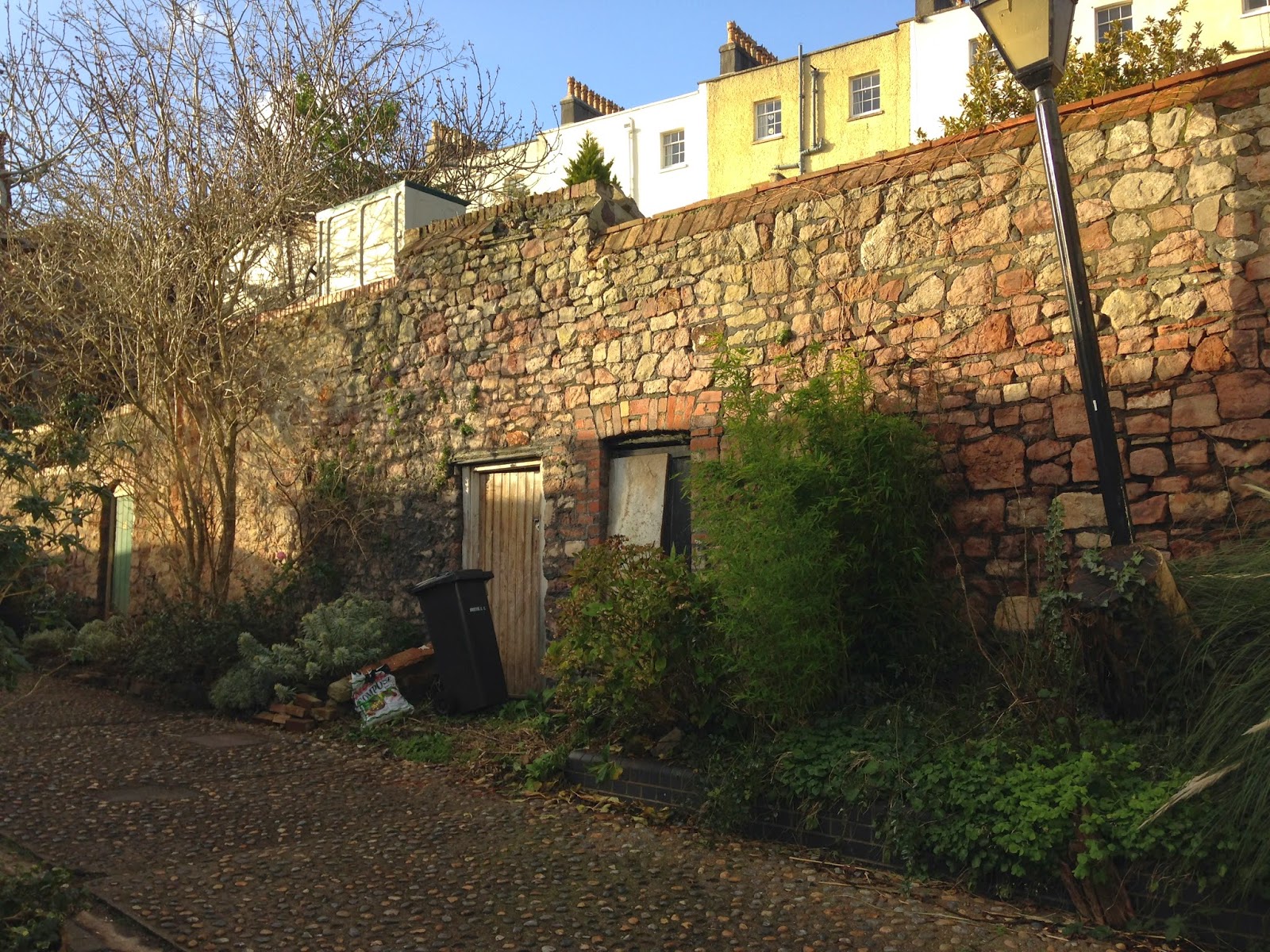 hostel was fine, perfect location, pubs, take away restaurants and supermarket all around. only our room mate was a bit stinky but since we hardly spent any time in our room apart from sleeping he was bearable.
after our arrival at the hostel there were still some sunny hours left which we used for a walk to clifton bridge, a stunning place especially with that light we had. 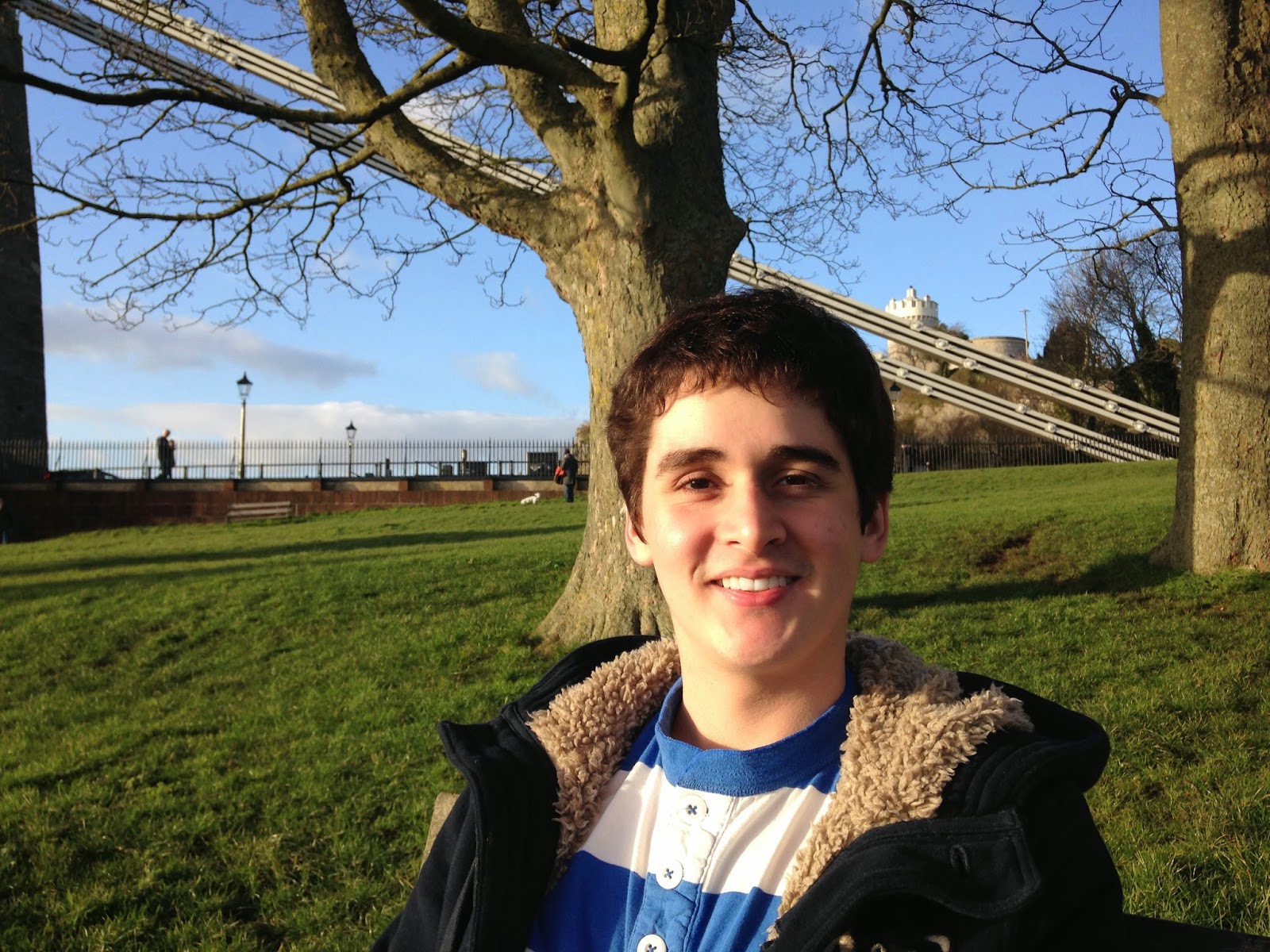 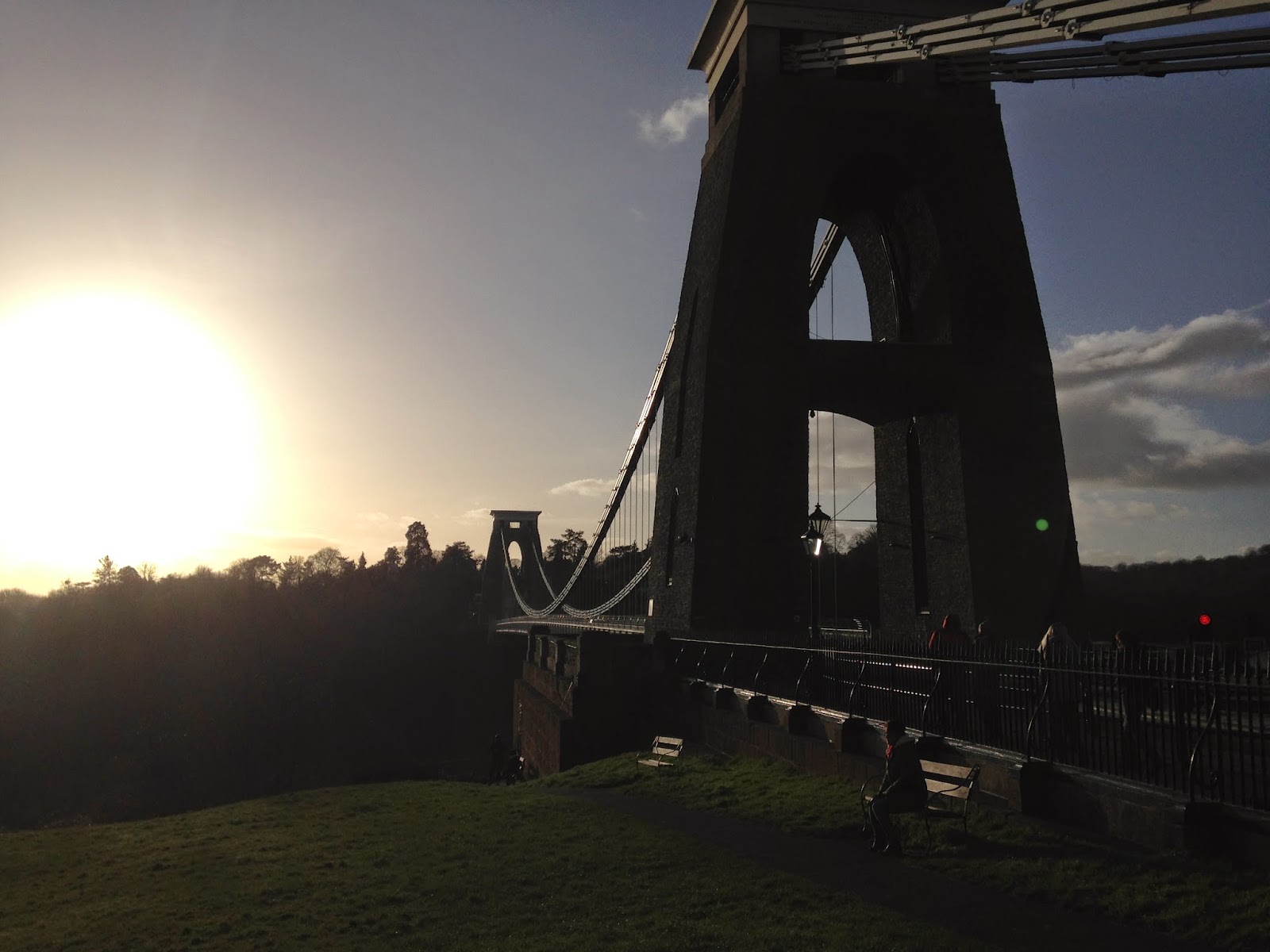 evening at wetherspoon's where we discovered a funny thing - the room we sat in had kind of a dome-shaped roof which enabled one to hear conversations from the other end of the room. the really disturbing thing was that it sounded as if the person was standing right behind you and talking into your ear. throughout the whole evening we amused ourselves with watching people turning their heads, trying to find out how's talking so close to their ears and eventually figuring out that it had to be due to the dome.

on sunday weather was not as good as the day before, however the two of us had a great time exploring some interesting places, strolling through bristol's shopping area (which appeared enormous to us) and teaching/learning spanish. after enjoying dinner at mission burrito I decided it was time for having my first spanish lesson - obviously with dani as my columbian teacher. 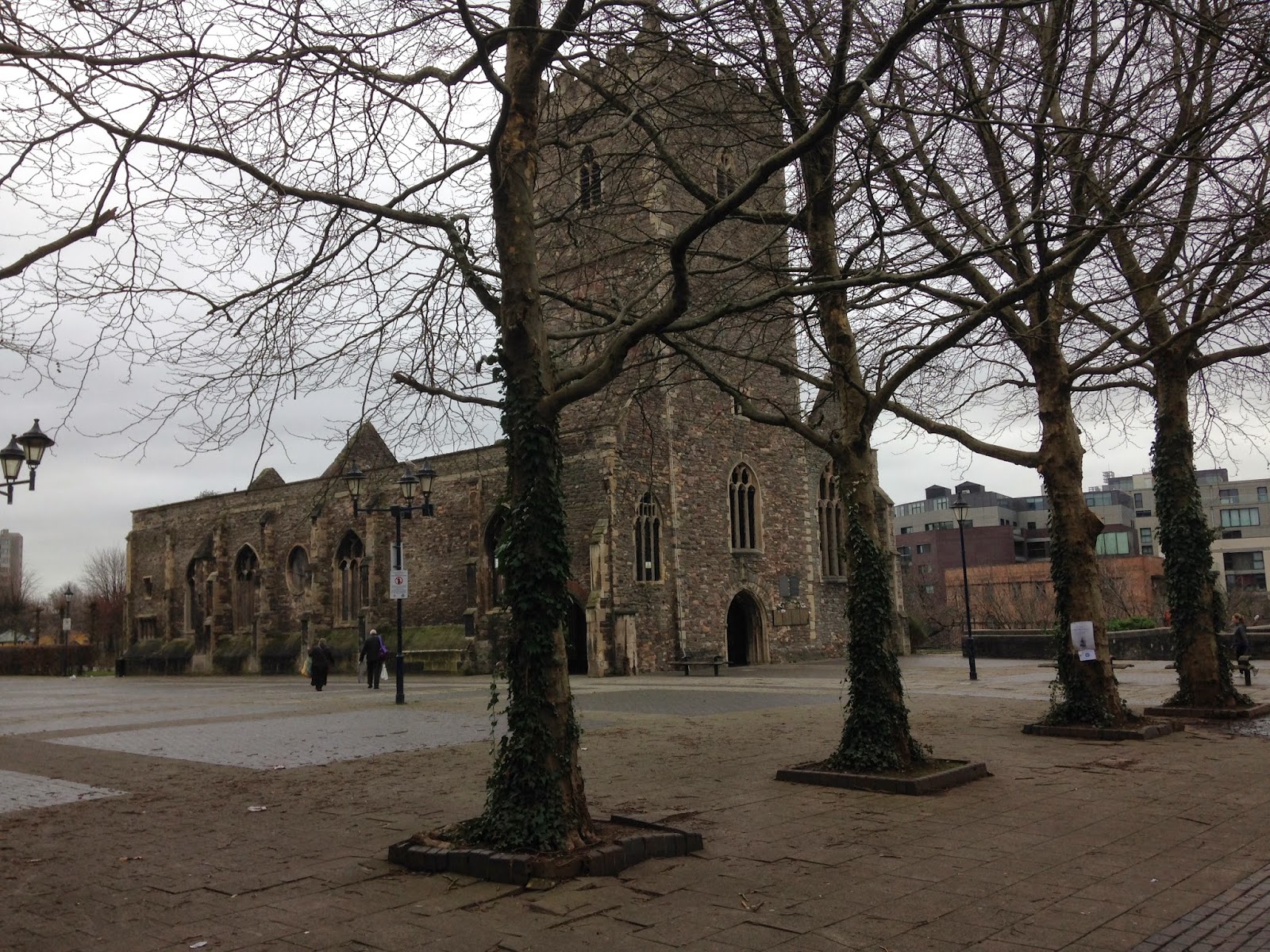 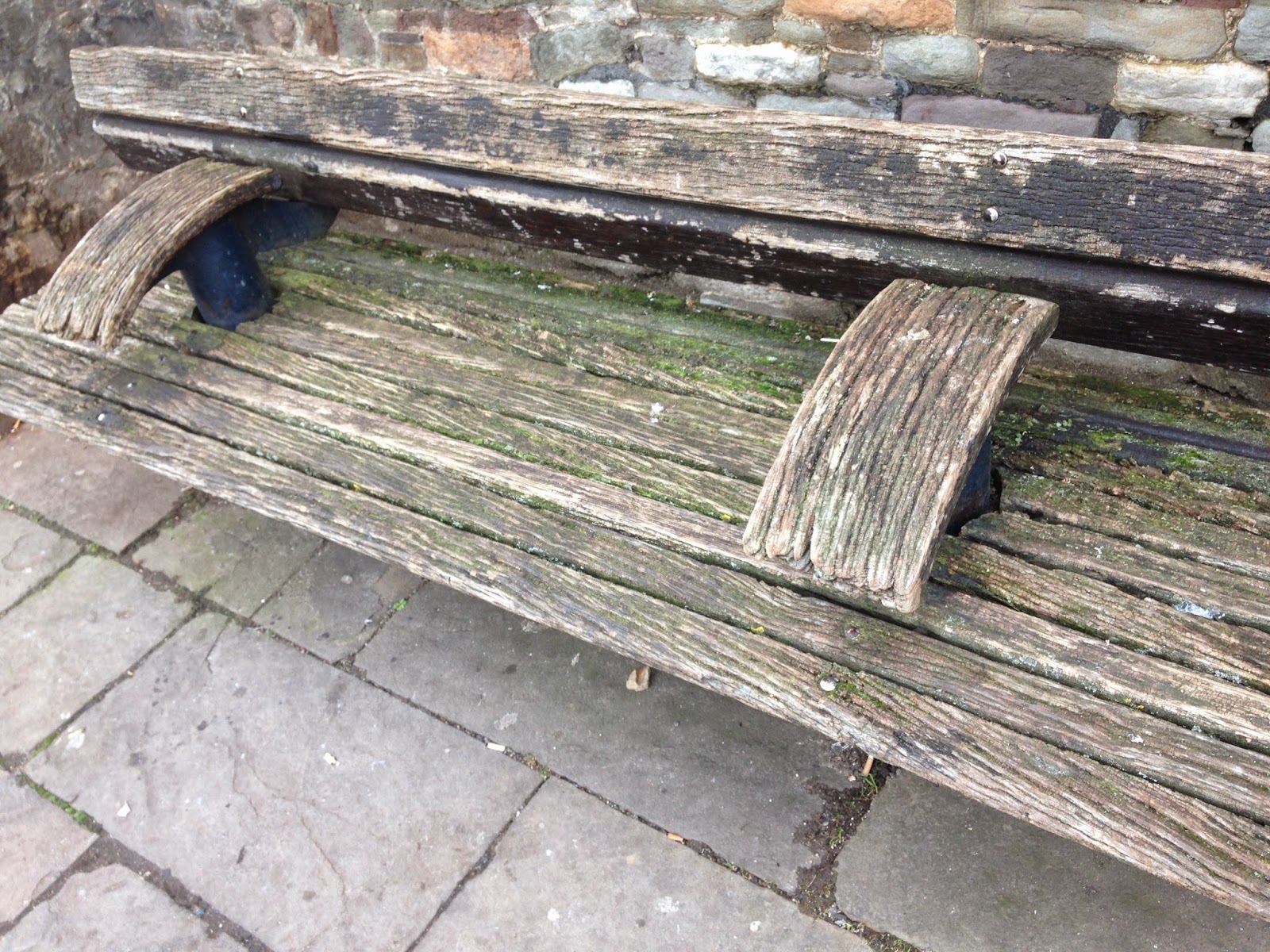 monday bath - basically walking around, enjoying this lovely small city, the light, our conversations. however, we both had already been there before, so we didn't really do any sightseeing. 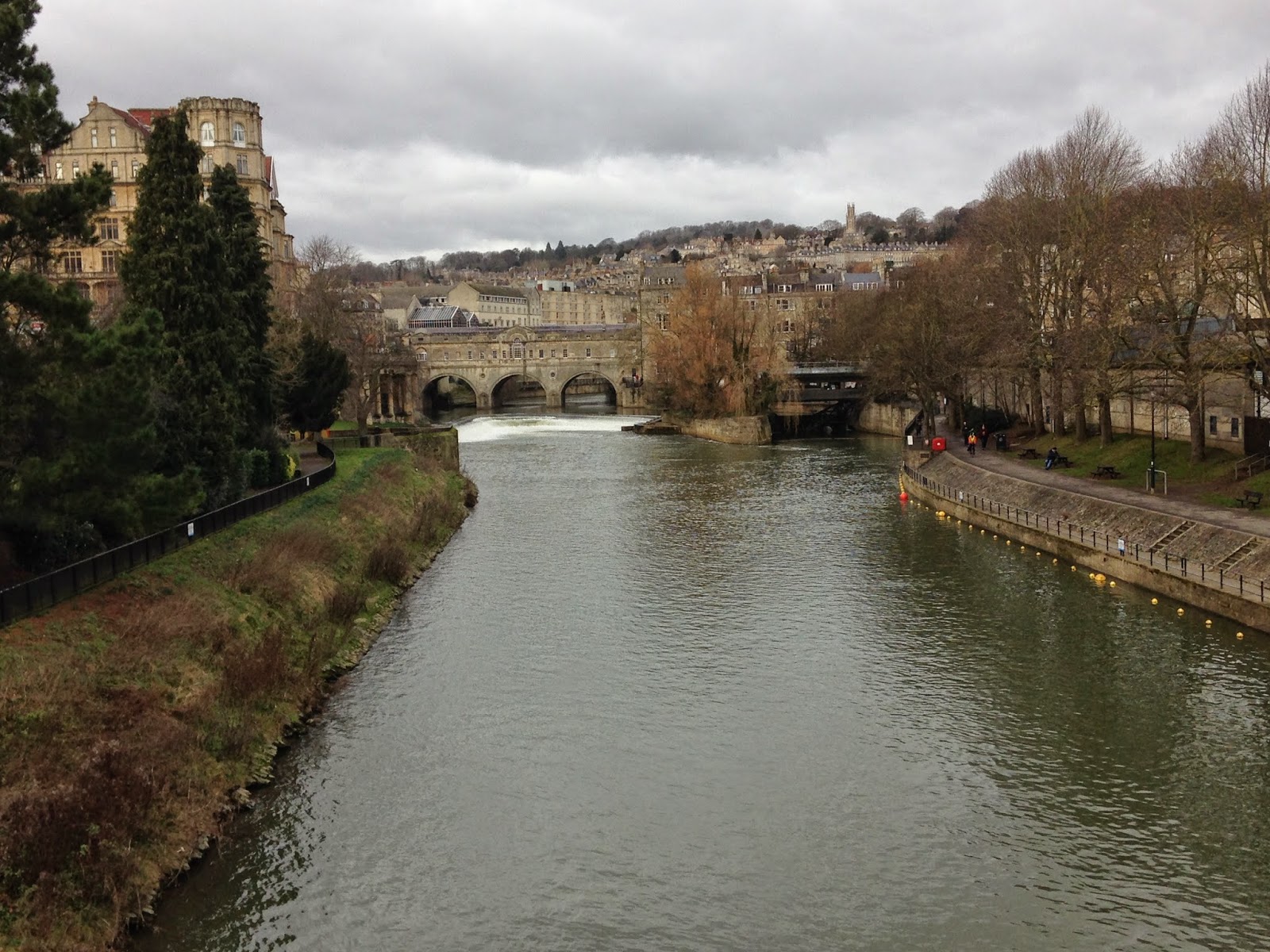 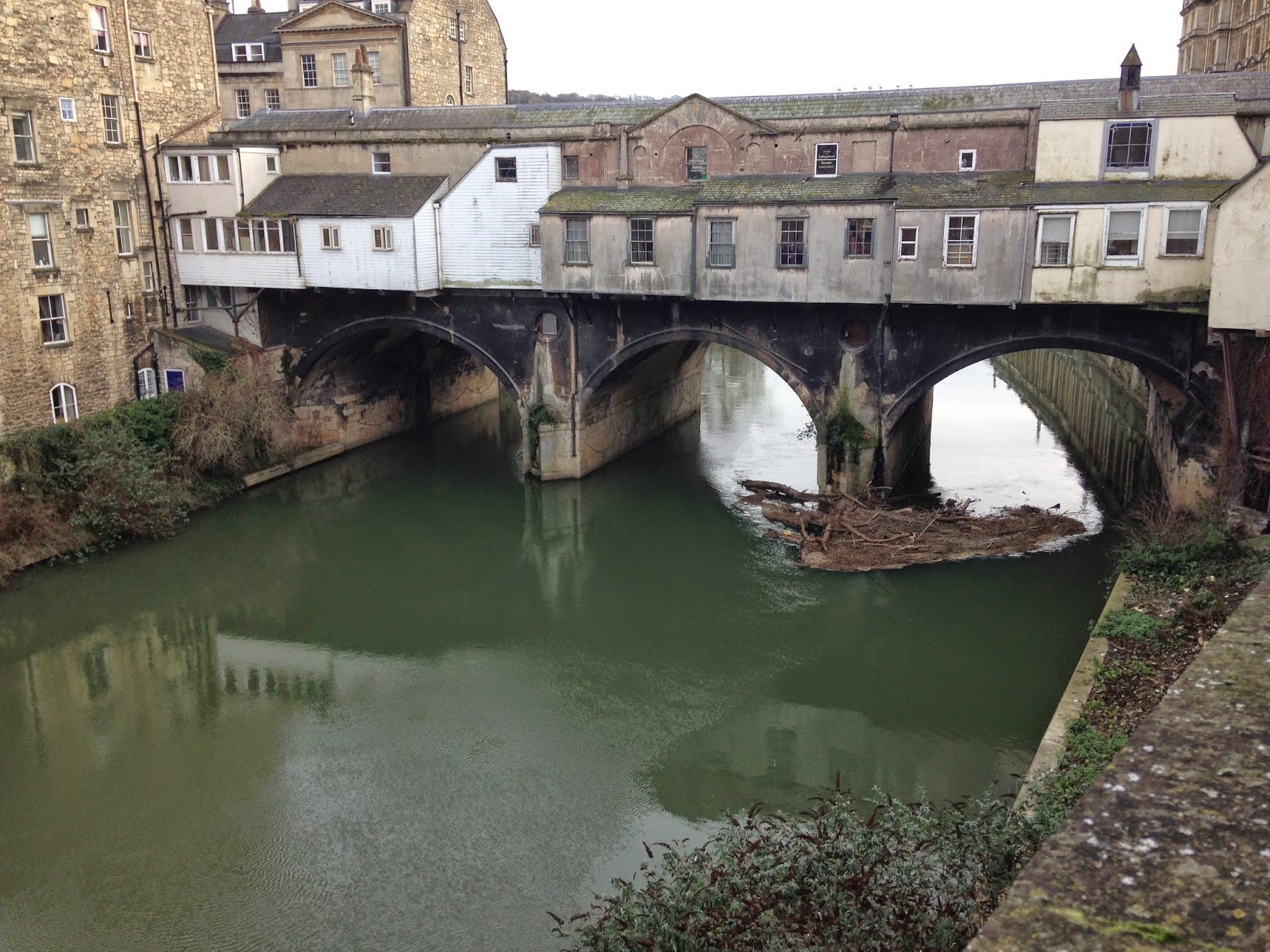 alright, that was our lovely trip to bristol, surely one of the best journeys so far.
not enought with that, the following weekend should come up with yet another one:

BIRMINGHAM & STRATFORD-UPON-AVON
from friday 30/01 to sunday 01/02 bianka, kat, dani, julie and I (so the whole family) went on our trip to birmingham and stratford. I don't want to tell too many details, it was a lovely time, altough we made some strange and also annoying experiences - from a hostel which actually wasn't a hostel but a place for homeless and asylum-seekers to birmingham's rather confusing bus system to the cancellation of again half of all the trains in that area on sunday eve - which led to a very interesting odyssey.
however, we made the best out of all that and had a good time, first in birmingham and on sunday also in stratford.

a few words about birmingham; it's a bit city. it is actually even the UK's second biggest city with a population of a bit more than one million. its apperance the evening we arrived was alright, rather loud and crowded though, loads of cars on the busy streets which reached right into the middle of the city. the one-hour-walk to our "hostel" also revealed some other areas to us than just the centre, seemed not too bad though, I think we were in a part of the city inhabitated by the lower middle class. the centre itself offers some nice places to go, library for example, also the train station is okay, a big shopping area, nice buildings every now and then. I personally also liked the canals, gives it somehow a bit of a mysterious appearance. 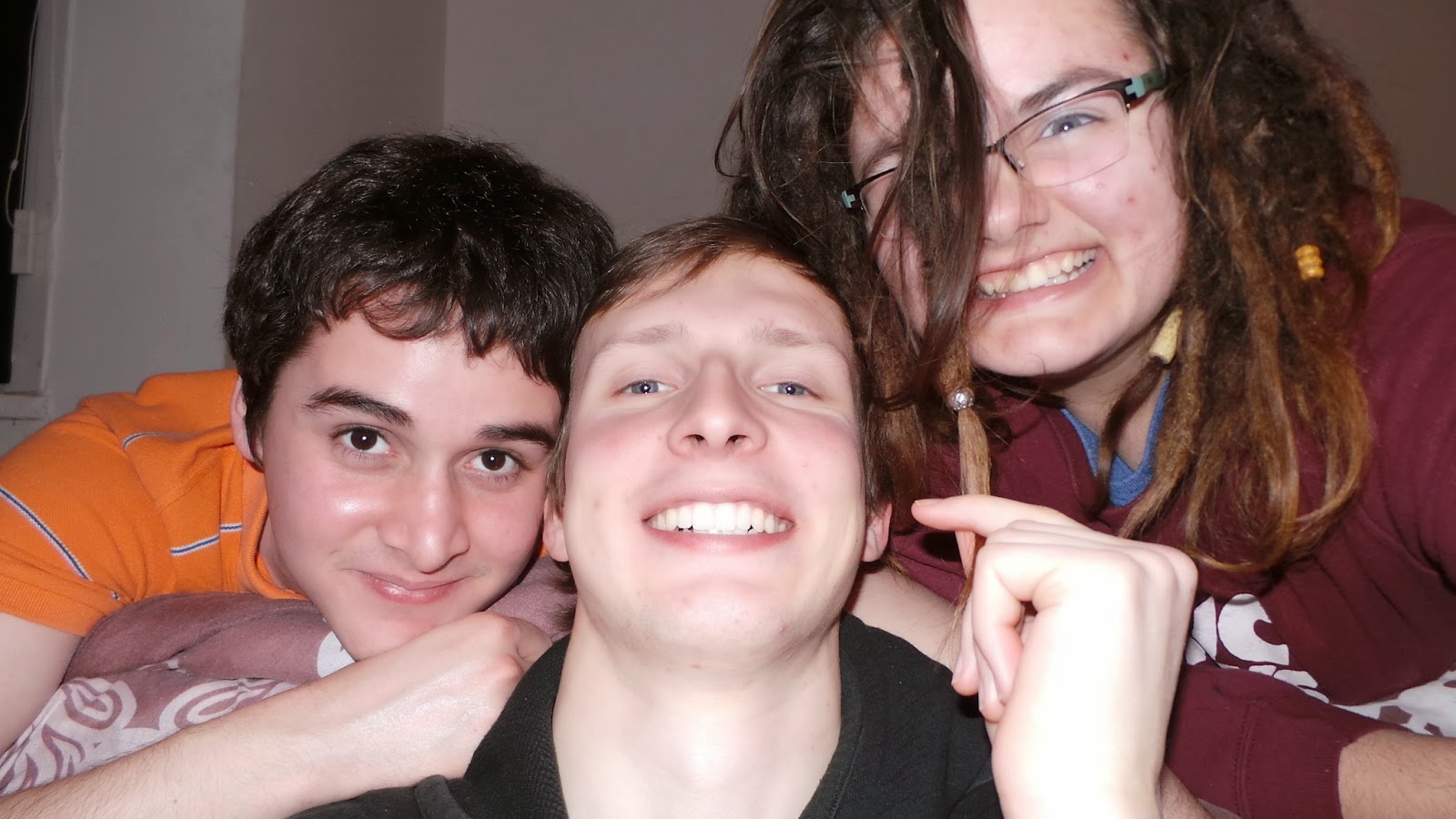 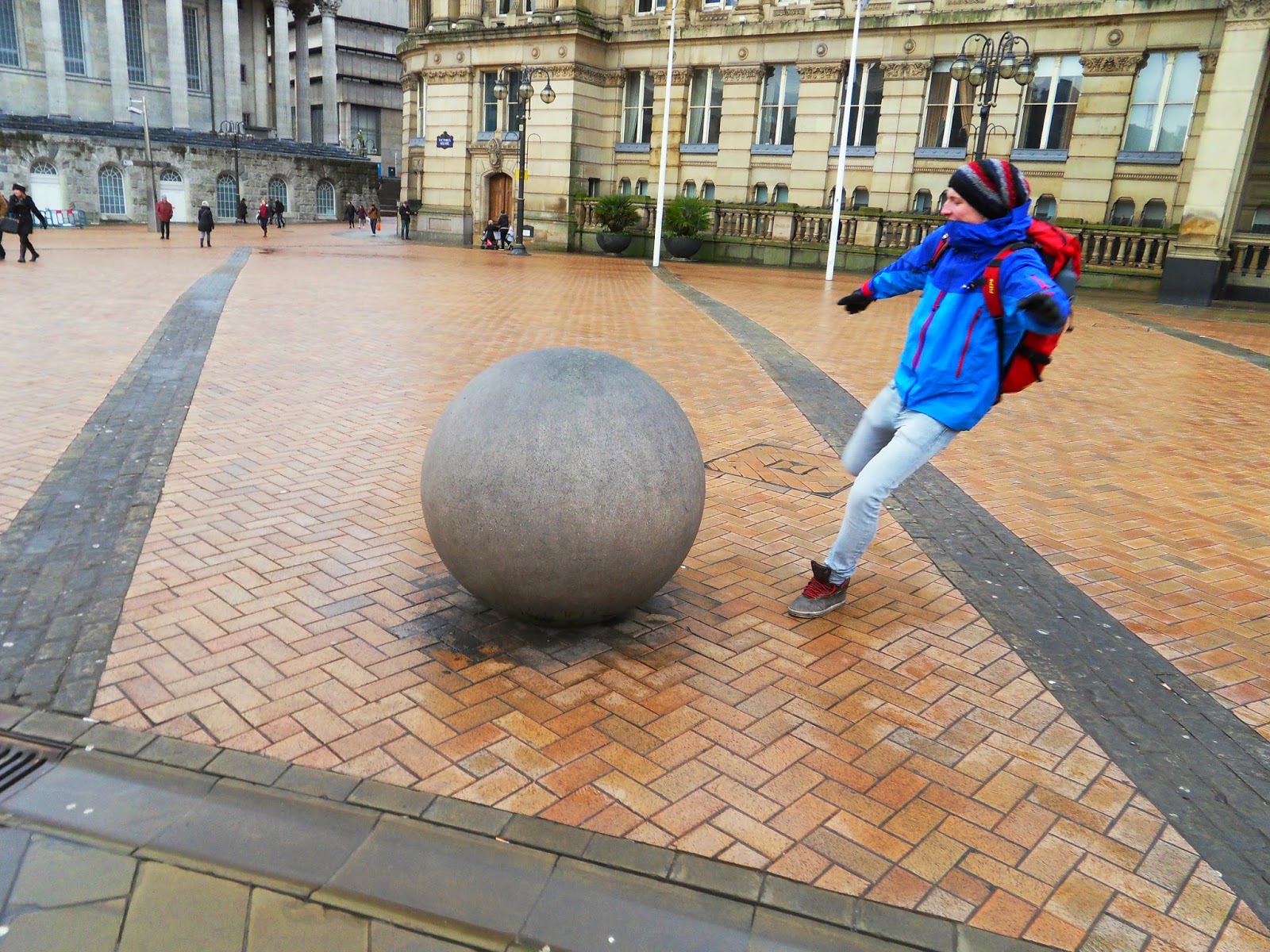 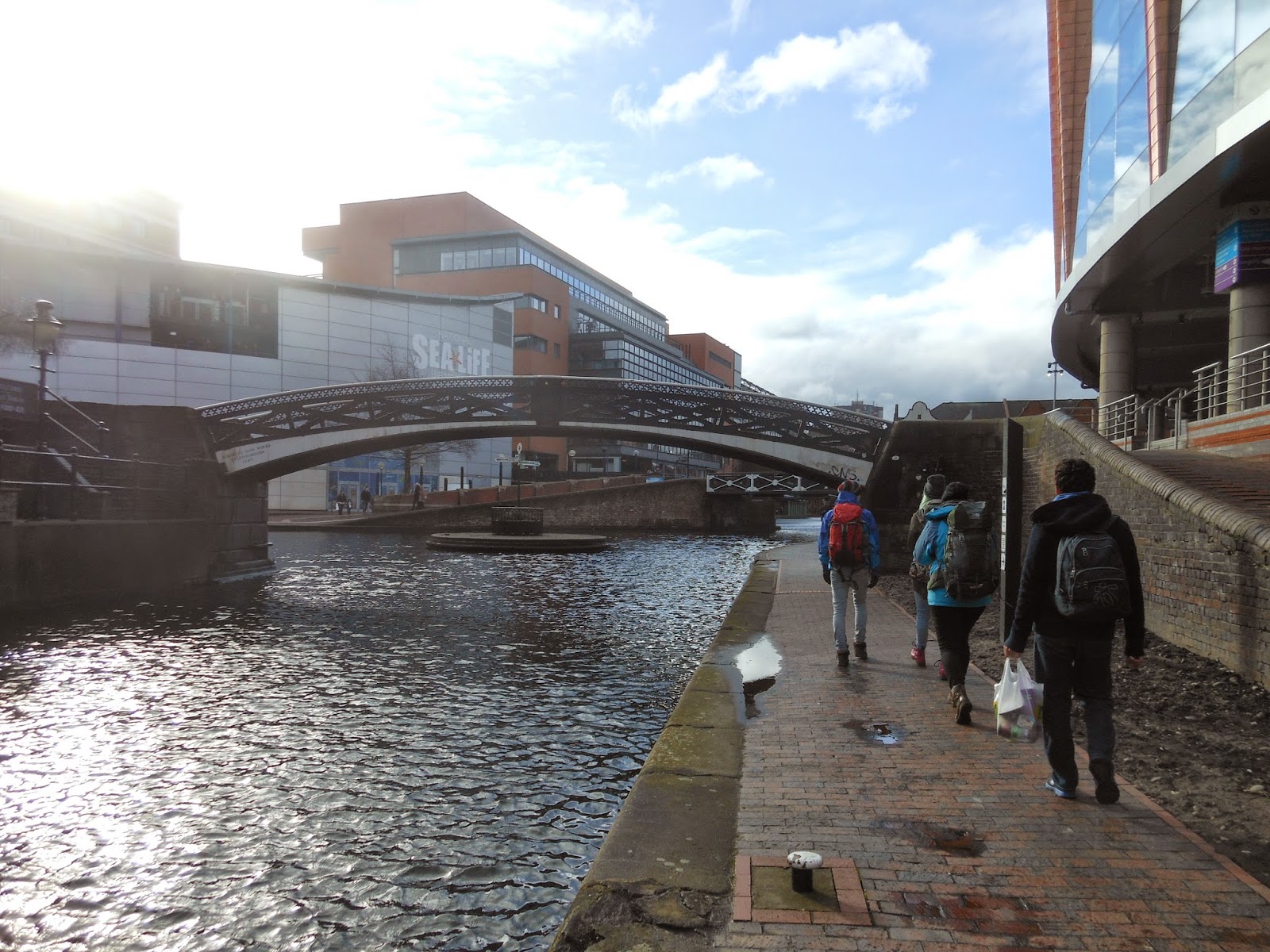 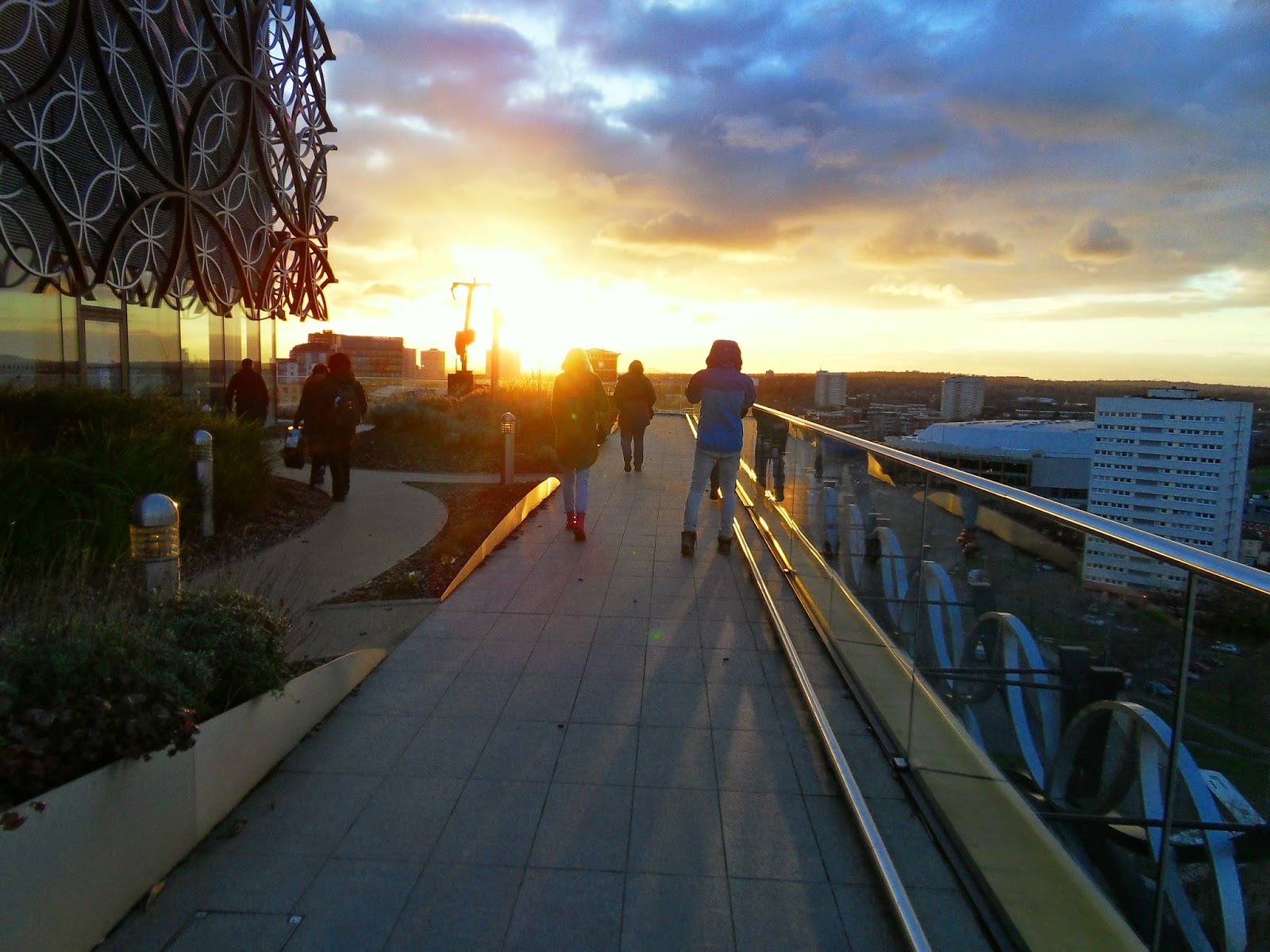 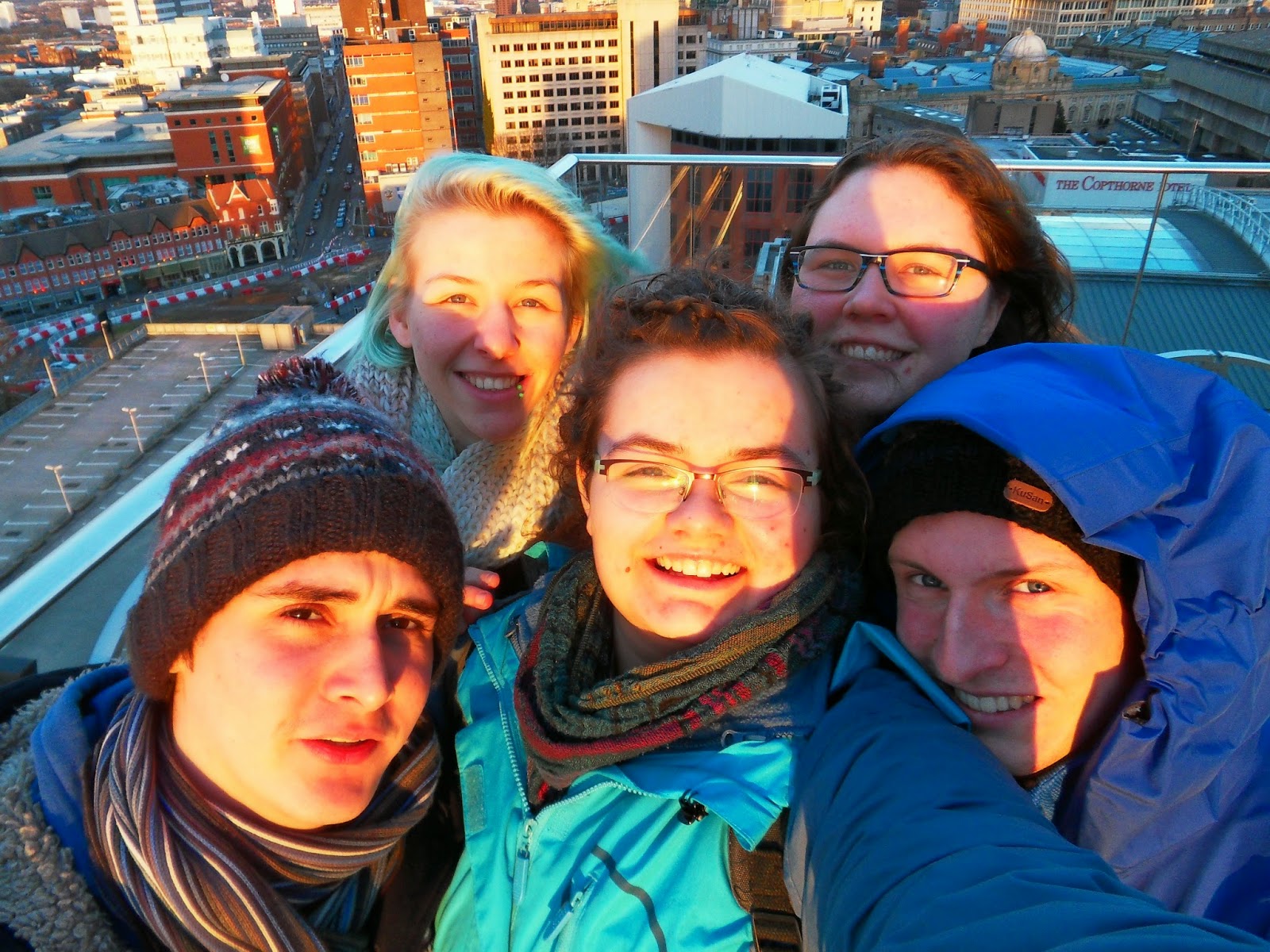 sunday stratford-upon-avon, naturally on the trail of shakespear. when we left the train station in stratford there wasn't really anything waiting for us apart from grass and a few buildings some hundred meters in the distance - frankly not very spectacular and historic. however, this gradually changed the closer we came to the centre of this tiny village and in the end our expectations got satisfied. cold but good day which was completed by this horrendous journey back. 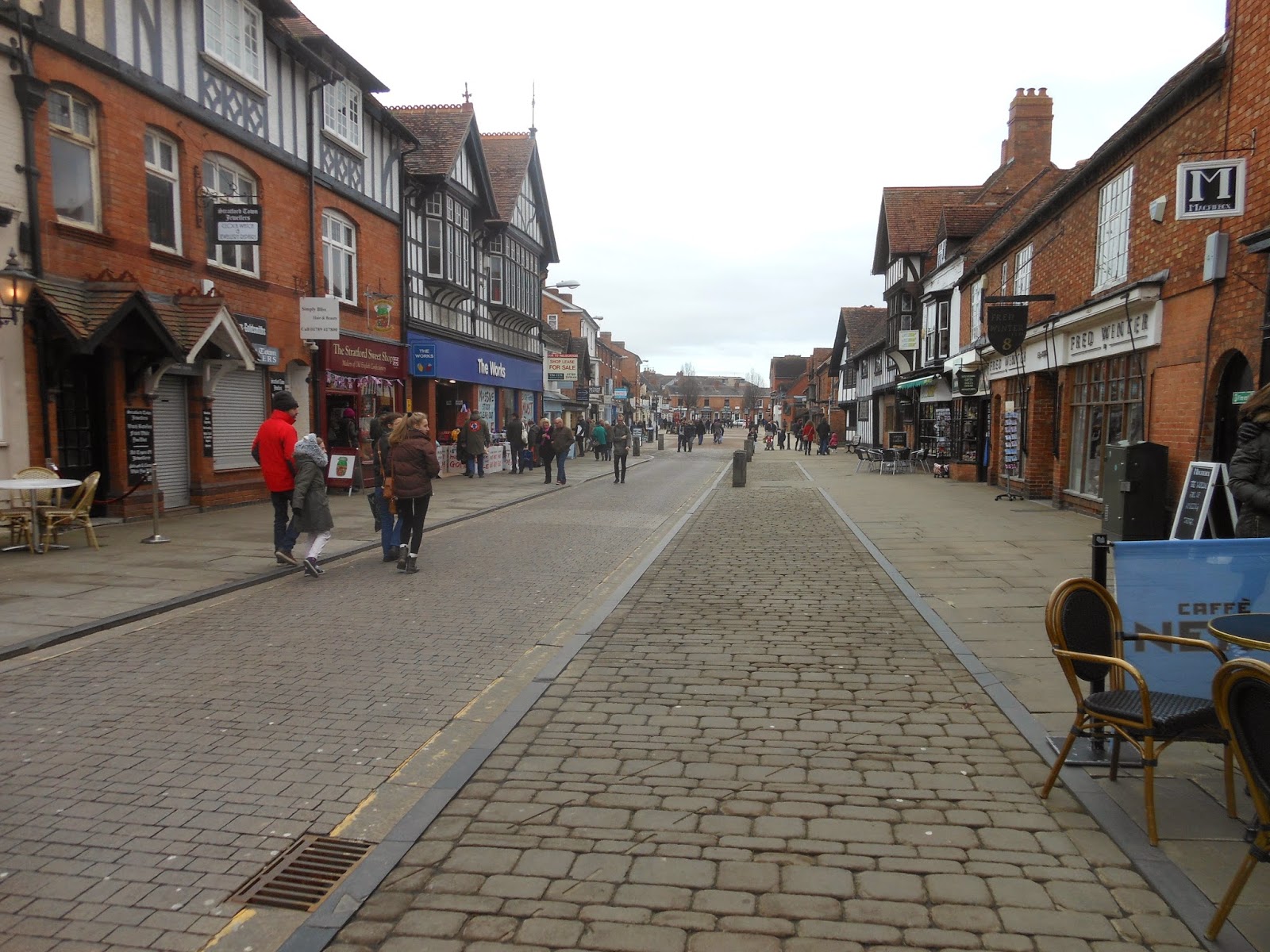 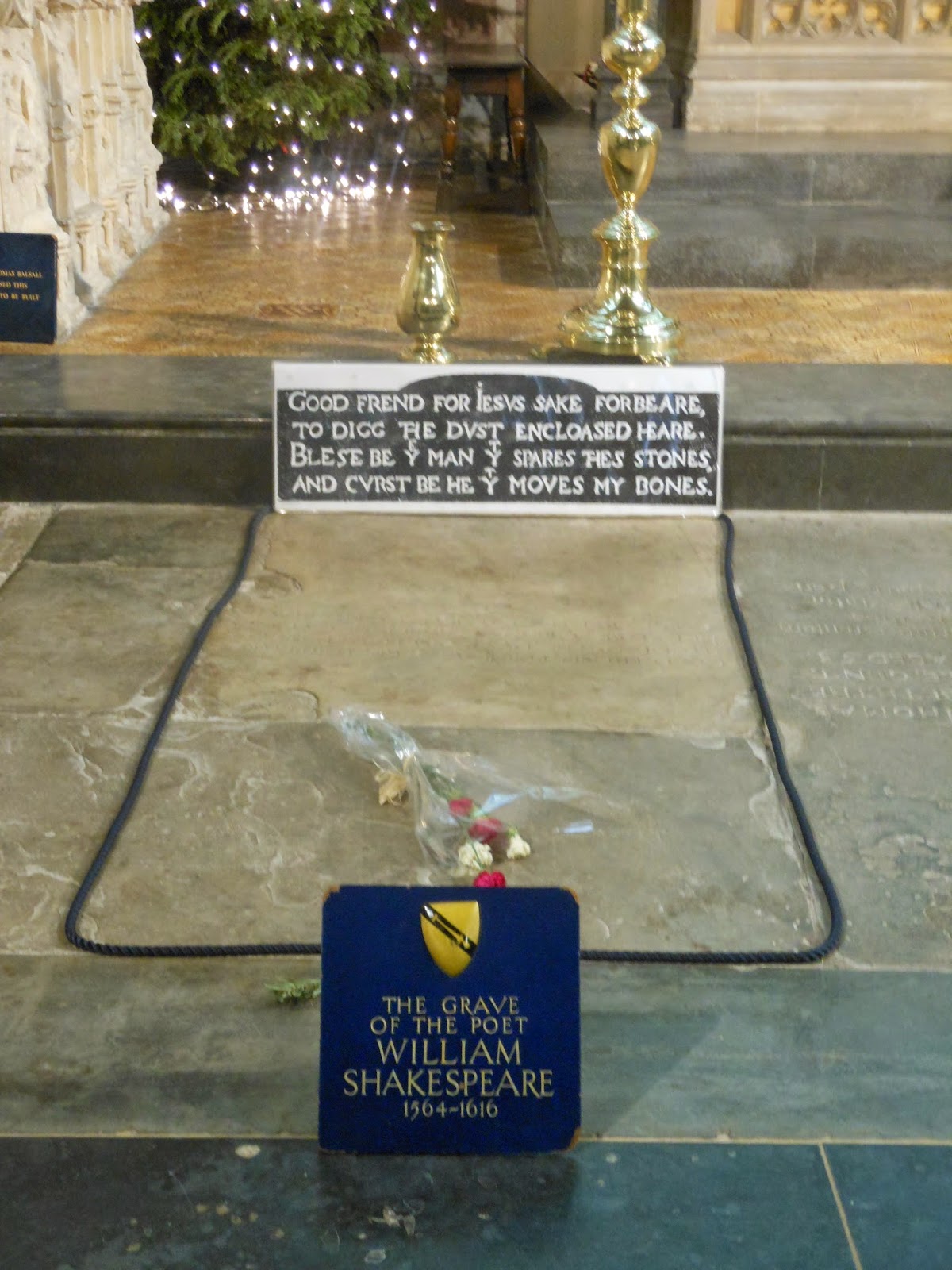 well, so far so good, there's not much left. though, last weekend I had my second rugby game which was absolutely fantastic for me! felt great to be on the pitch, confident, with my great team which has been on top of the league for weeks now (and hopefully will still be there after those last 5 games we're playing in the next one and a half months). played the first half (=40min), enjoyed it a lot and I learned a lot, yet again. 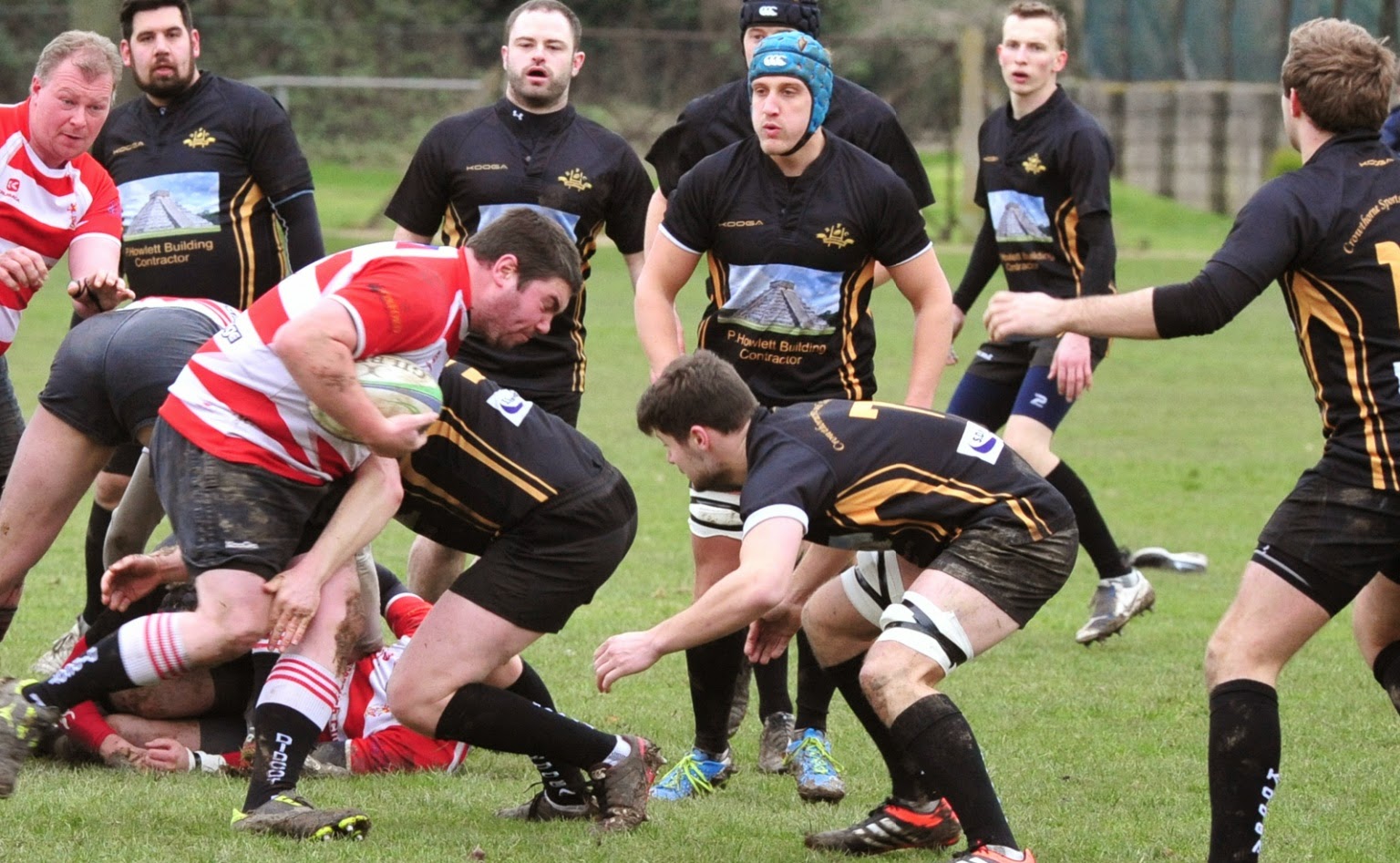 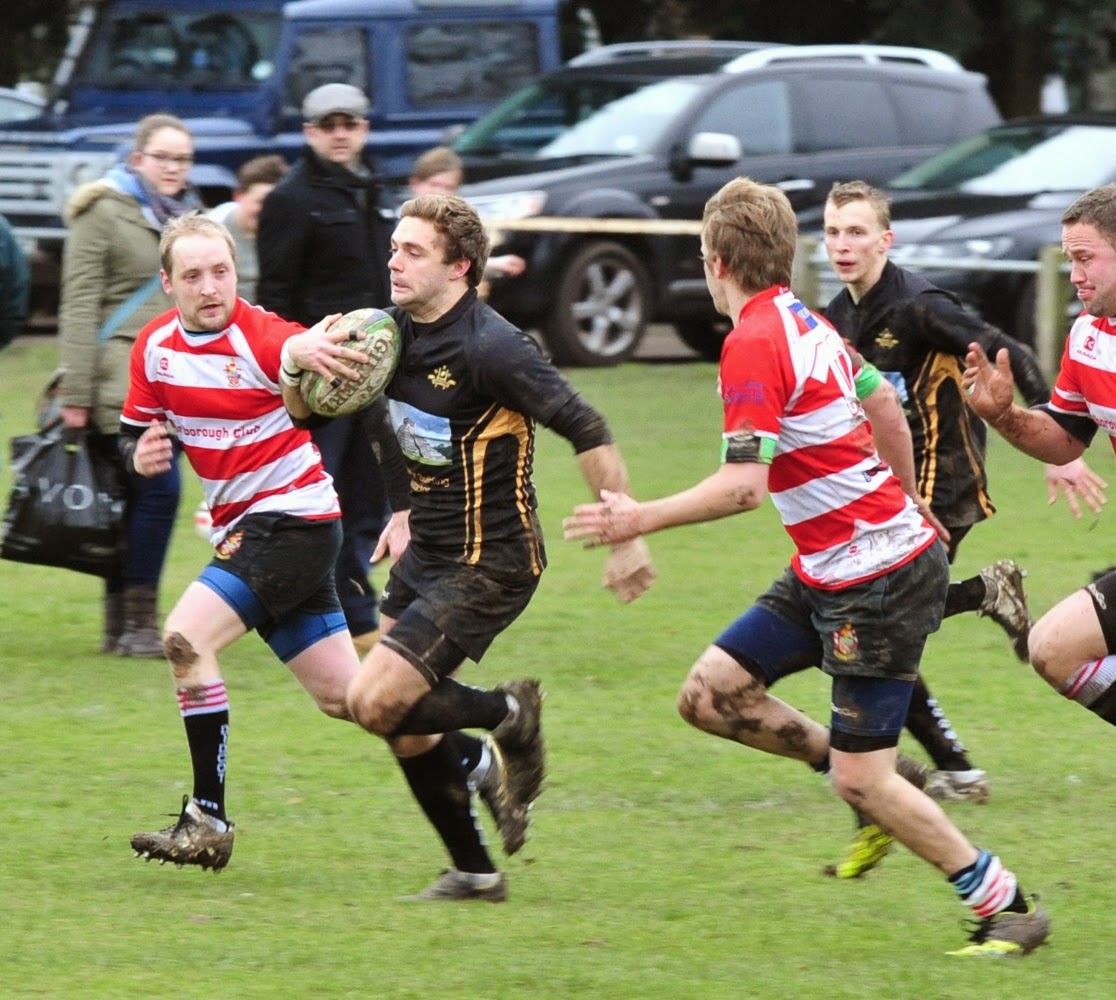 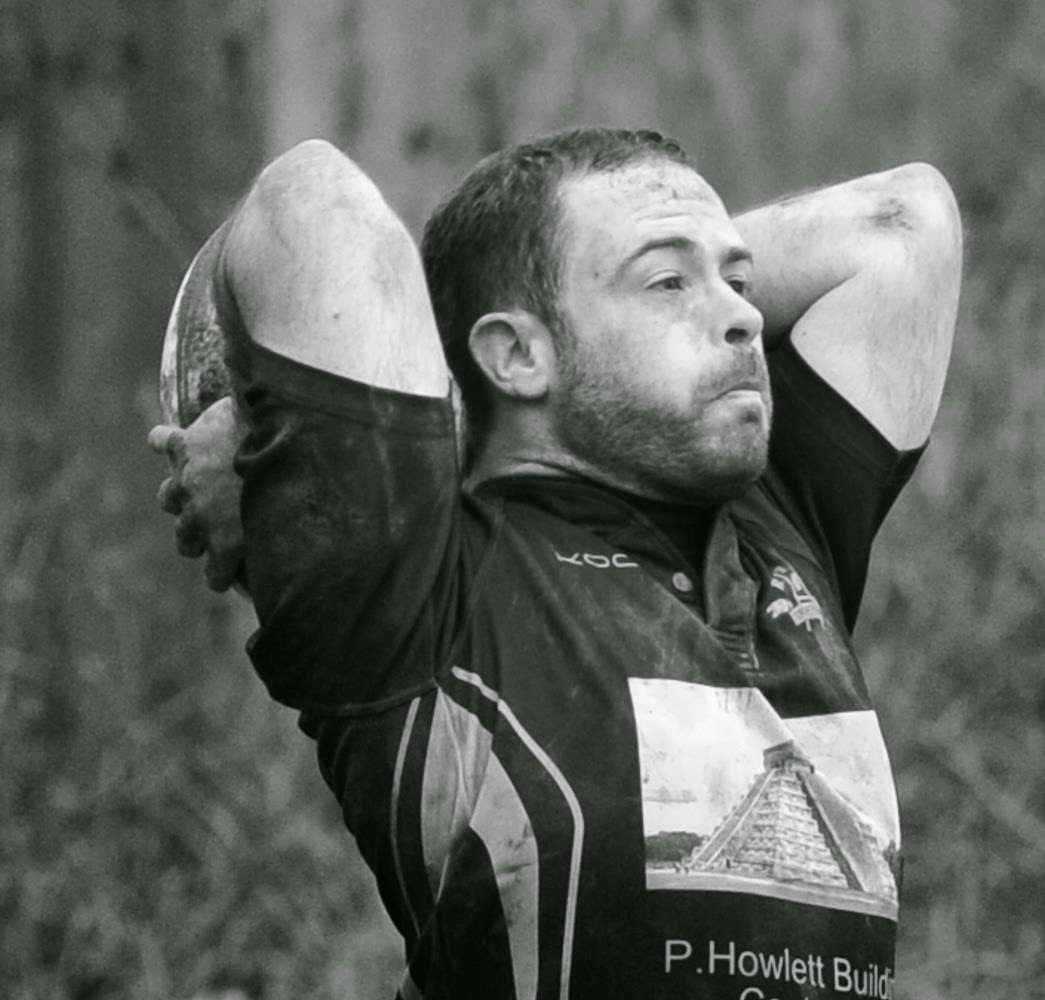 one last thing to be said. my friend dani has left to his country columbia now, that's why I went to brighton (the last one of the four confusing city's with B) two days ago - saying farewell. I'm really glad that I can count him to my best friends and I'll certainly visit him there at the other side of the world.

(btw, on my journey back, my train which was the last one on that evening obviously was delayed again and I almost couldn't catch my connection^^ those lovely english trains)

stay tuned, next blog entry hopefully in a few weeks, after our next dafna party end of february maybe.
see ya!
Posted by Unknown at 5:12 pm