a looot of time has passed.
only little time is left.
and still - so many plans, so many things I would like to do.

anyway, this'll rather be a list of trips I've done over the last few (yes I can actually say it) months than a great text, don't have much time. though I hope you enjoy flicking through the pictures; and of course I'll also spend a few words on the places I've been to.

February. February.. rather calm month for me, apart from studying (for all those who I haven't told yet, I'm preparing for my uni entrance exam now so that I hopefully can start my medicine studies in october), rugby and a dafna party (3.0) there wasn't much happening.

then in march, life slowly got more exciting again.


at midnight kat, julie and me took the megabus to plymouth, south west england where we'd stay for a few days at a friend's place and enjoy cornwall:

14-03 - 17-03-15 cornwall:
after a rather tough night on the coach we arrived in plymouth early morning (6:00). luckily we found a costa (<3) which opened at 7. breakfast there, followed by a nice train ride to st. ives, a marvellous little town at the coast. wonderful beaches, interesting shops, and everywhere the smell of cornish pasties. 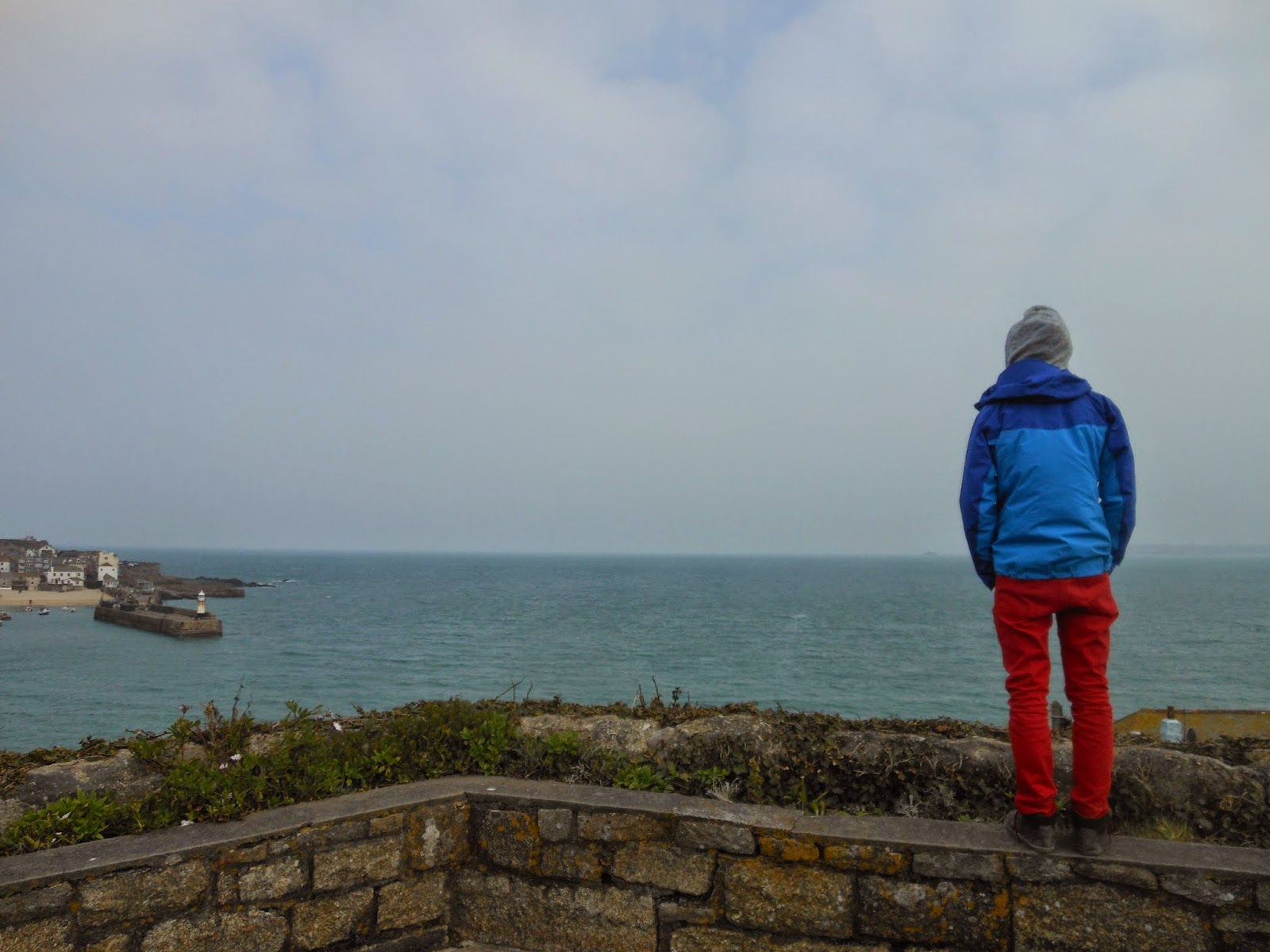 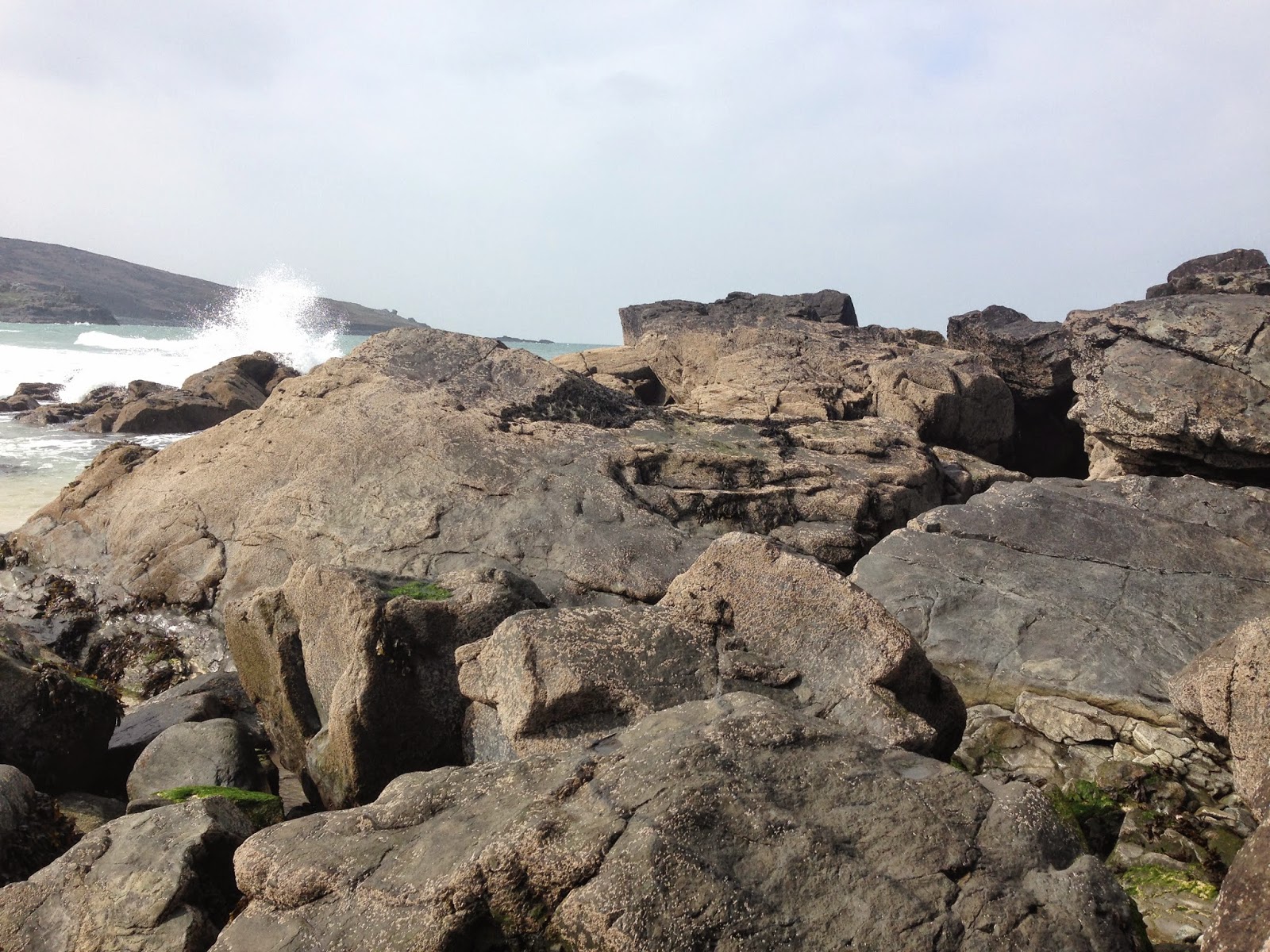 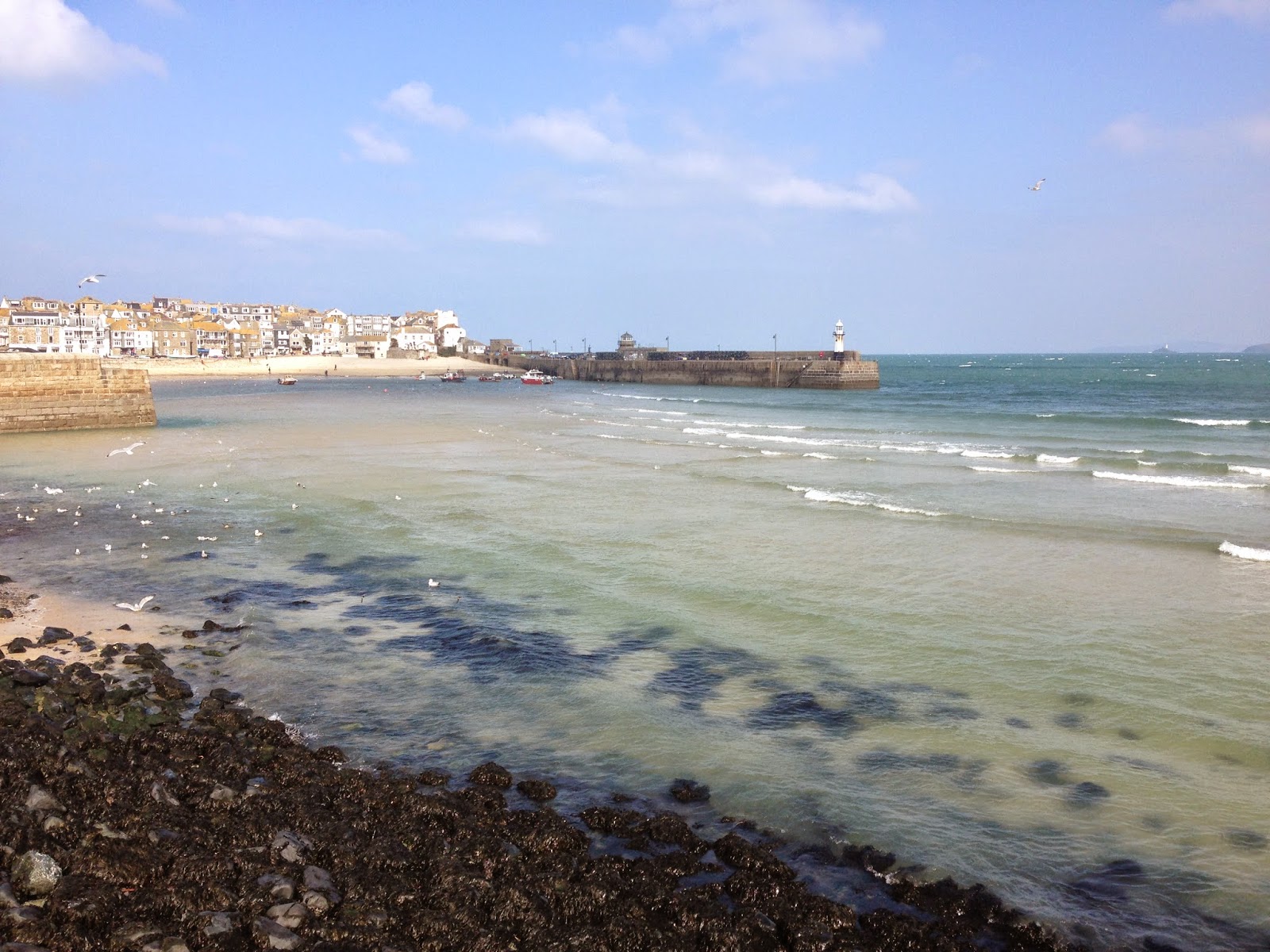 in the evening we eventually arrived at nadine's place, a volunteer from tirol, austria, who we had met in october on our on-arrival-training. nadine was (by now she's back home) a volunteer at mount edgcumbe, a big garden project near plymouth. to get there and to her place we had to take a small ferry, cute somehow.
nadine was a great host, we felt really comfortable at her house.
sunday she showed us her project, monday penzance, tuesday plymouth itself and eventually back home in the evening. all in all a fantastic trip, if I may give some advice - go to cornwall! 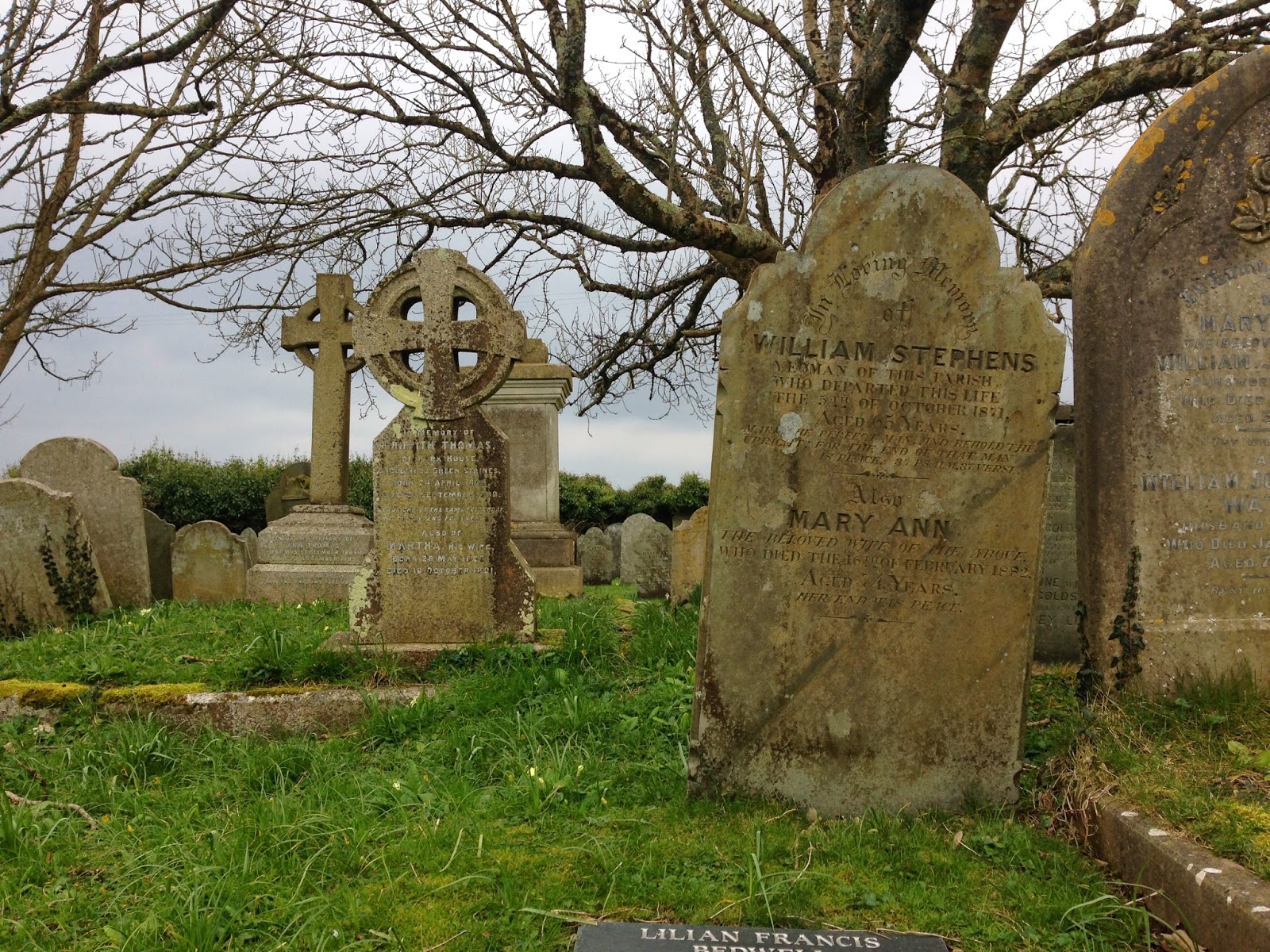 over the easter weekend kat and I stayed at yet another volunteer's place, anton from sweden was our host in belfast. again a great weekend, particularly the trip to the giant's causeway left a strong impression.
but also the city of belfast is very interesting, a place with intense history, coined by a conflict which is definitely not processed entirely yet. we saw the impressive docks, where by the way a couple of decades ago the titanic had been constructed, the "peace wall", city centre, botanic gardens, ulster museum and a few other places. 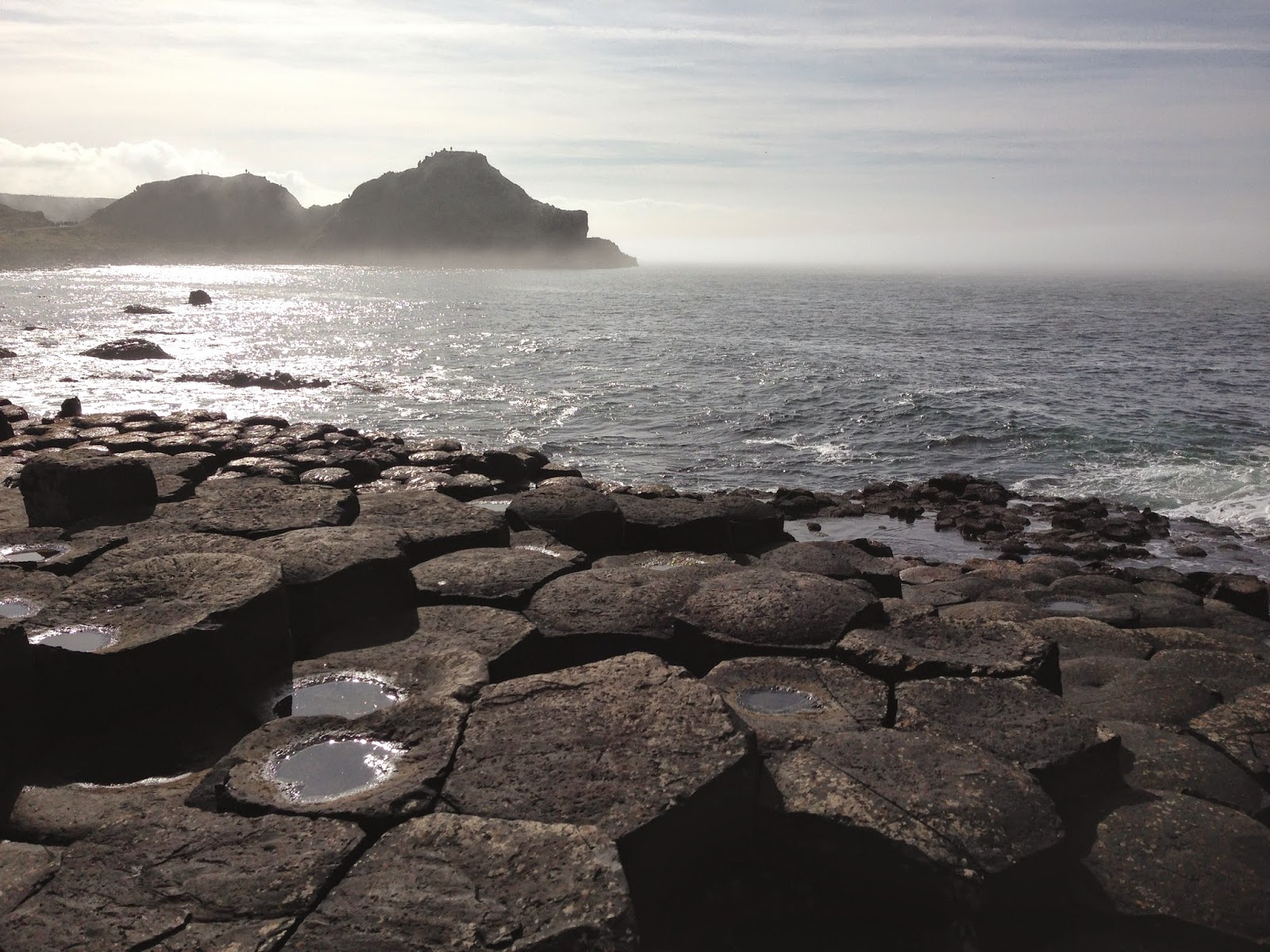 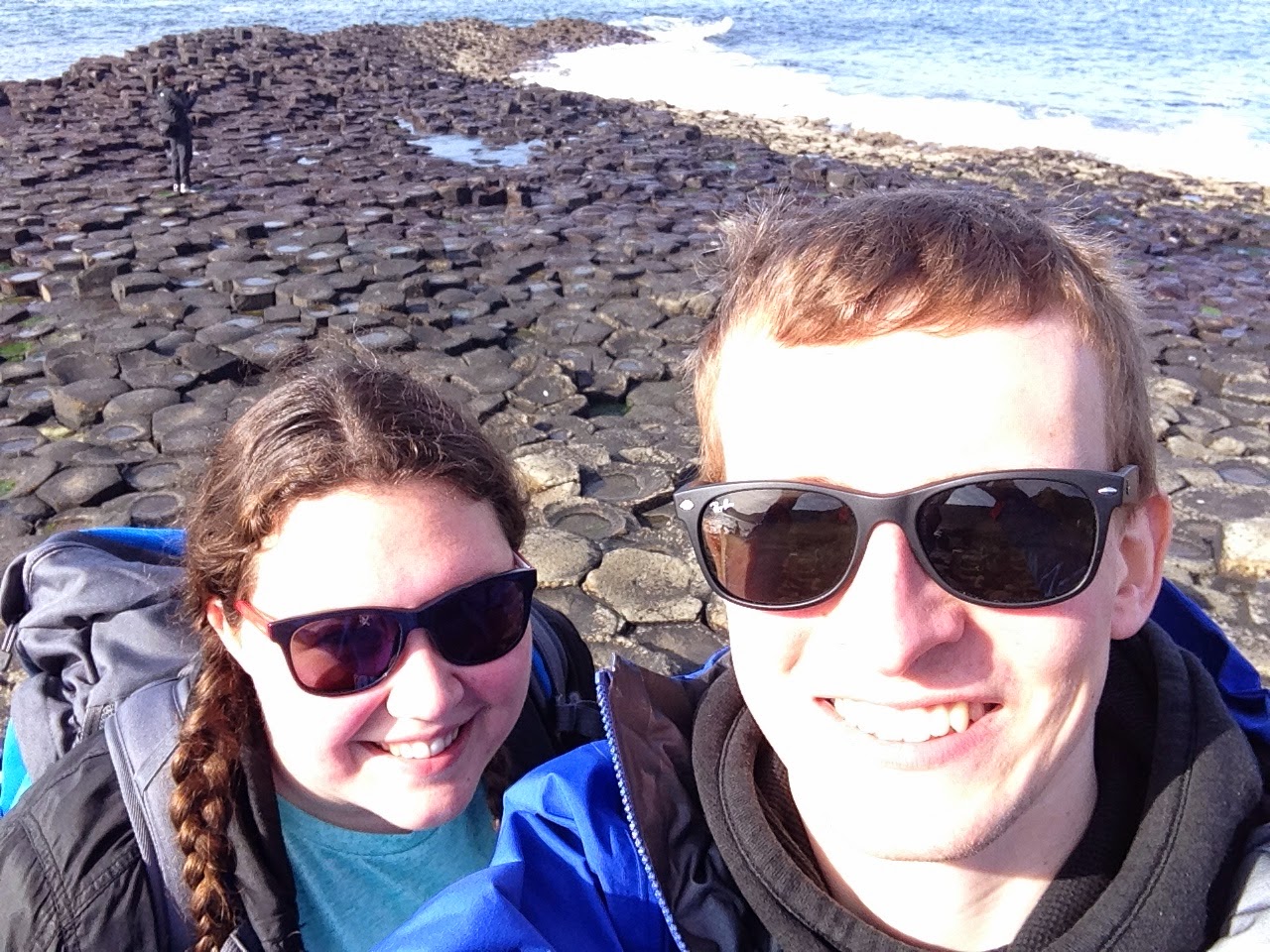 between my belfast weekend and the next one which I spent in london, four of my austrian friends stayed here at dafna for two days, quality time, really relaxed!

boys weekend in london. together with jesus I stayed at julian's place near newington green. perfectly laidback, walking through nice streets, markets and parks on the days, exploring the neighbourhood in the nights.


18-04 - 20-04-15 liverpool & manchester:
frankly, one of my favourite places here in the uk - liverpool. since I had seen it for the first time in august 2014 (we went with a coach from there to creamfields festival) I had been buzzing to go back there, to the beatles' home, I'll remember it as the place with that wonderful library in front of the st. john's gardens, a tiny but for me special spot. 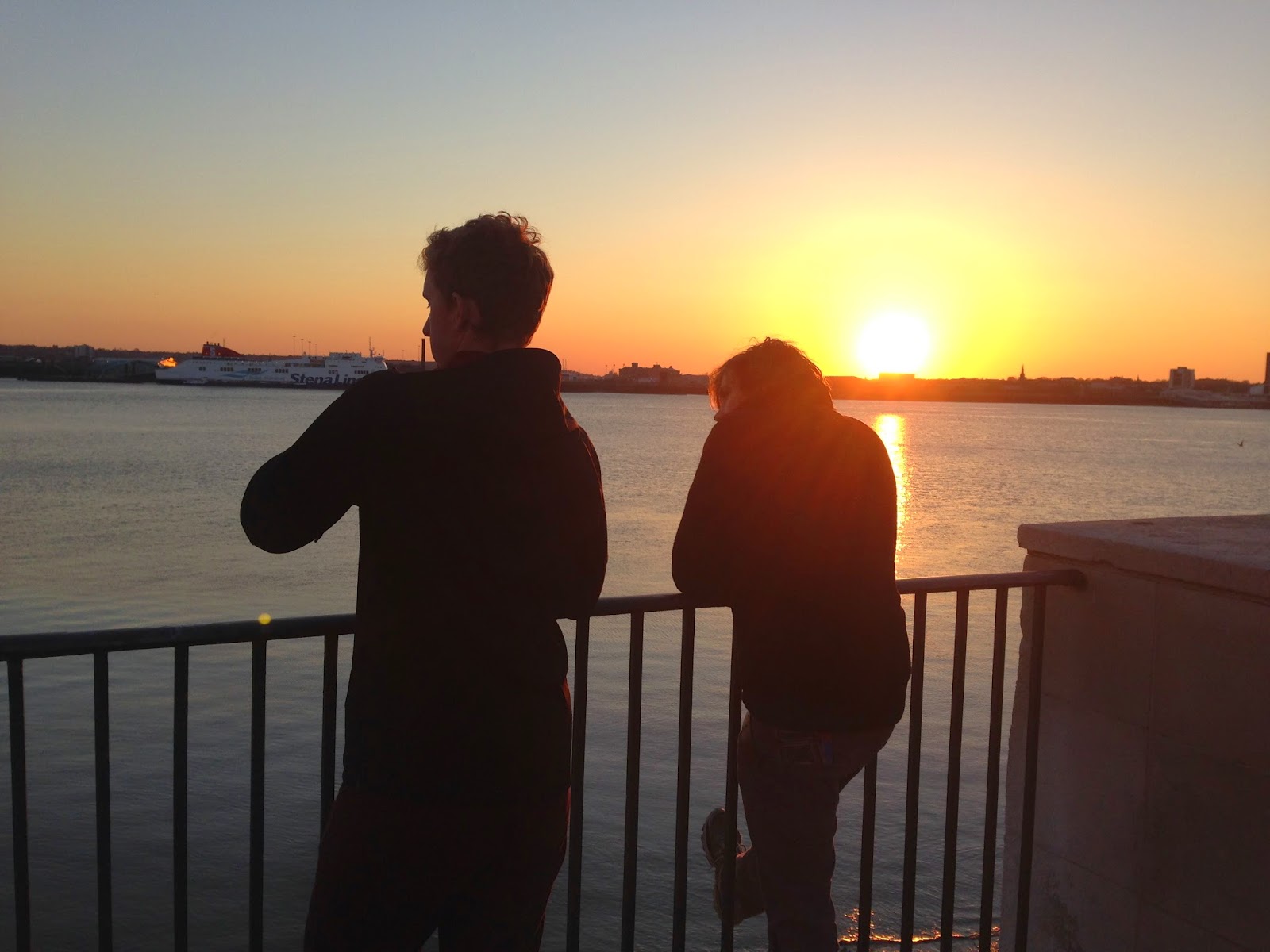 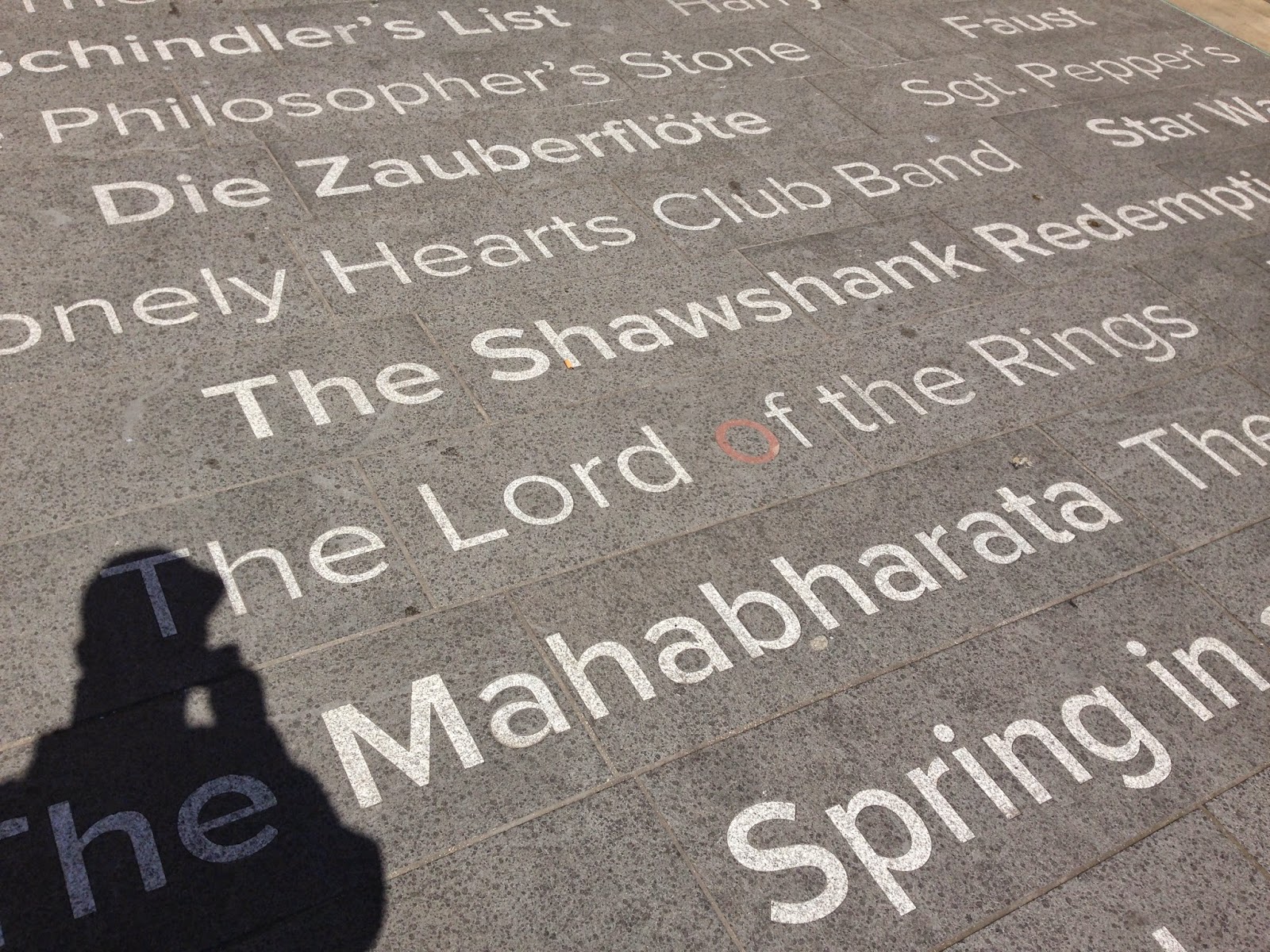 in liverpool I also met sophie and her service user nadia, who I spent some nice hours with, walking around the centre, seeing the immensively huge cathedral and the docks. hope I can see them again before I leave!

4th weekend in a row not at home - this time due to rosi and zhanna's farewell party. celebrating with a small but nice group made friday eve a rememberable one, had a lot of fun! saturday zhanna showed lea and me around the radio station she's been working at for the duration of her EVS project, really cool! we even were on air for about 30 minutes, exciting :D
delicious pancakes then started a great harry potter night (which we had to interrupt after the second part - fatigue is a pain :D). before lea and me had to leave then on sunday we at least continued with the third one^^ though - to be continued. 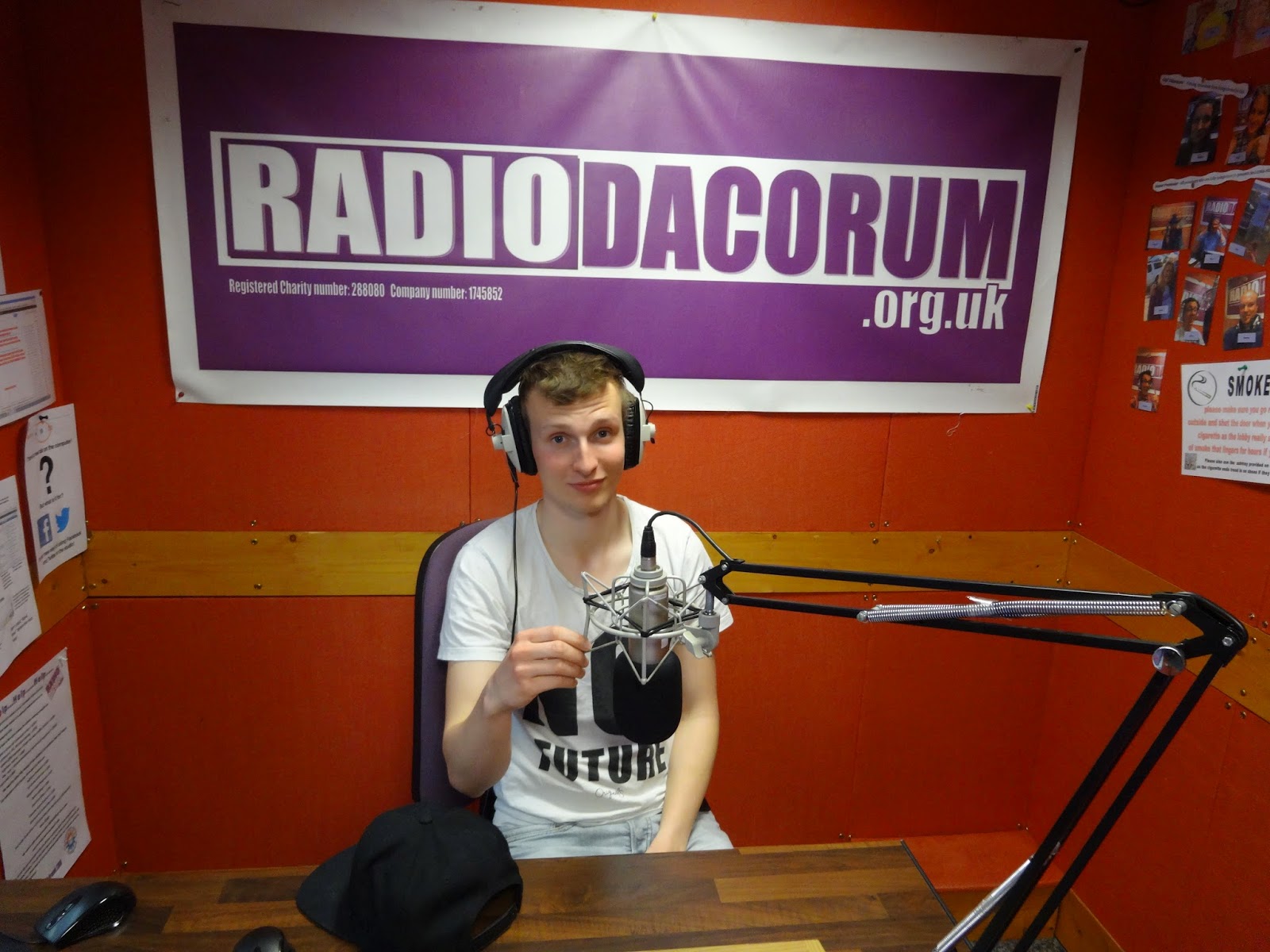 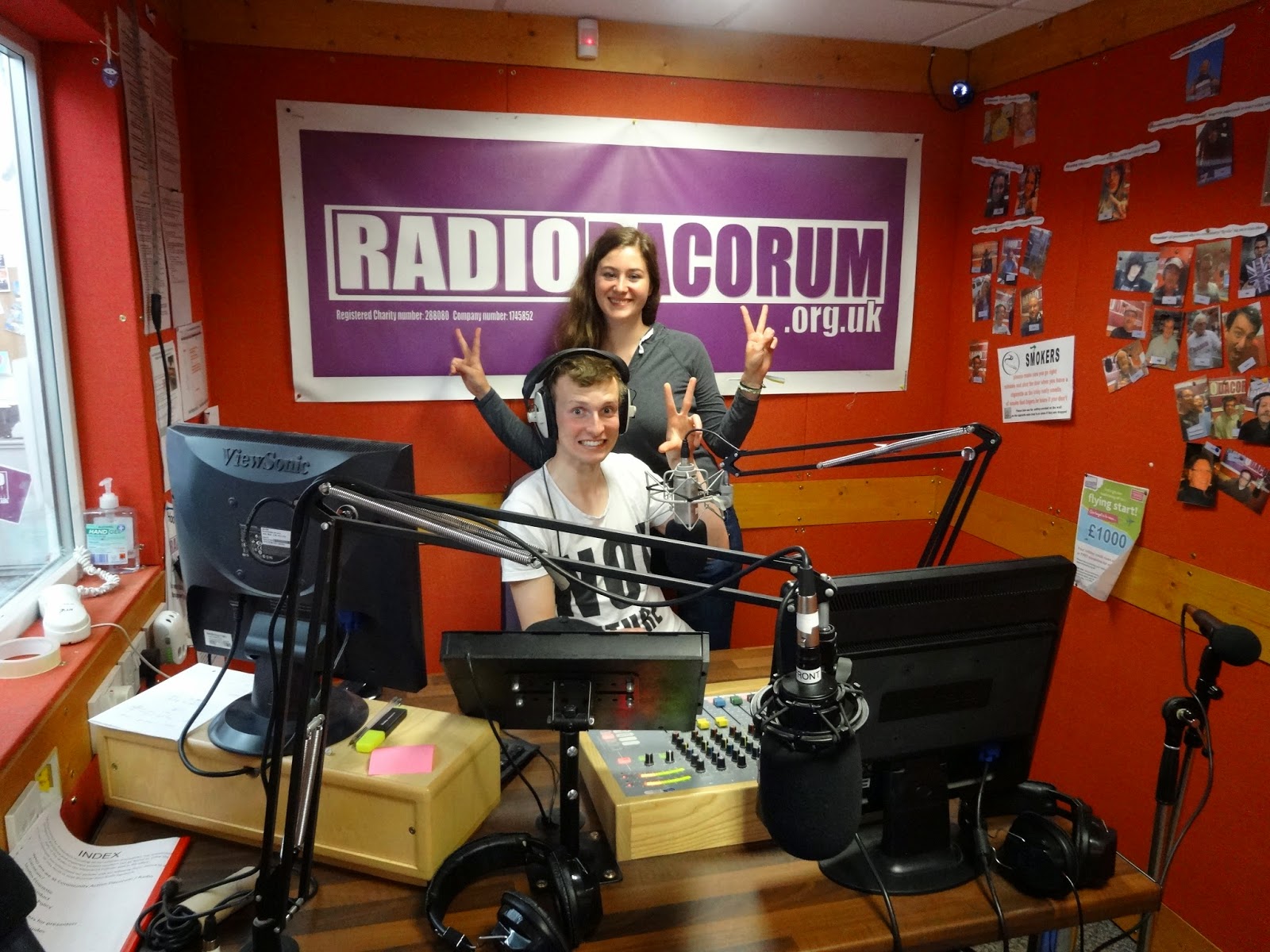 there's not much left to say, at the moment I'm preparing for my next trip which will start this friday - scottish highlands for 6 days! I'm totally excited now, hiking on my own in the uk's highest mountains with backpack and tent!
will try to report as soon as I'm back home (:

until then, enjoy yourselves,
see you soon!