day 22 in the united kingdom, though it seems way more. having a lazy sunday, yesterday most of us weren't very active eighter.

I really have the feeling that I've already settled in well, a lot of things are much more familiar than at the beginning, of course. british bank account and debit card, mobile phone contract, having registered for NHS and the GP, beeing owner of a young-person's-railcard - that all supports me in feeling at home. now we're all waiting for our first pay day (since we're volunteers we don't earn a fortune, but we get some money for covering our daily expenses and our food).

... just realized that I haven't even written a single word in order to explain what I'm doing here :D
alright, as I said, I am here at Ravenswood village "which is home to 130 people with learning disabilities living in 13 registered care homes set in over 120 acres of Berkshire countryside" (taken from the website of Ravenswood Village). we, the volunteers who live in Dafna, work in these care homes, mine is called Kadimah. in kadimah there are 11 residents and about 20 members of staff. in my house all except two residents are capable of speaking, so depending on their level of self-dependance the residents need more or less support. often you just have to give them prompts to do some things, like focusing on preparing their cereals as most of them get distracted easily. others have to be looked after continously since they tend to do things which can harm themselves. at the beginning it was quite hard, I had to learn all the names of the residents and also staff all at once and what's more, I'm still busy getting to know all the residents' habits and their daily scedules. but now, after three weeks at work everything is much more familiar and therefor it's not that hard anymore. due to the fact that I've not had any trainings yet, my current tasks are limited to supporting the residents at breakfast and lunch, doing the laundry, loading and unloading the dishwasher and sometimes accompanying staff and residents to activities (going shopping, for a coffee, to music therapy, swimming lessons, etc). I'm really looking forward to my trainings, I hope I'll get a bit more responsibilities and opportunities then.


on friday 11 june, five of us Ravenswood-volunteers attended the CSV volunteers day in london. CSV is a british organisation which coordinates lots of projects for volunteers in the whole UK including Ravenswood village. all the volunteers who currently are placed in south and east england were invited to this volunteers day; effectively we were about 20 people, I think. our journey to regent's park in london took about 90 minutes and was about 17 pounds each (including return and day-travel-ticket for all zones in london), which is quite cheap. when we arrived in london, british weather was welcoming us. nevertheless, we had great fun with all the other volunteers. we played some games at regent's park and then walked to the CSV headquarters where we had a multicultural lunch. every volunteer had been asked to bring some food which is typical for his or her country. as there were people from great britain, south-korea, germany, costa rica, columbia and austria (and maybe also some other country, I'm not sure) we could choose out of quite a wide range of different meals. after lunch we went to king's cross for all the harry potter freaks, very cool !!! also we spent some time in a pub before everybody headed into different directions. daseung, who's been staying here in dafna longer than us new volunteers showed us some nice parts of the city, camden market, china town, etc and then we went home aswell.


finally, I only want to tell you one more little story. a huuuuuge fail :D this friday evening we had been playing some funny games (which included the consumption of alcohol) at our house, when I came up with the idea of going out in Reading which is the next bigger city to our little village. collective approval - no sooner said than done. everything worked out well, at about 12pm we were in reading where we asked some locals where to go best. soon we found some club which seemed to be nice, but then.... our dear girls (all three of them!) suddenly realized that they hadn't brought any ID with them!!! we boys couldn't believe how anybody can forget to bring any proof of age, especially in a foreign country. facing the fact that our first train back would be at 6 o'clock we had to think of some alternative. after a short break at mc donalds we just took a taxi, which costed us 50 pounds.
hopefully next time nobody will forget anything and we'll be able to go out properly :D 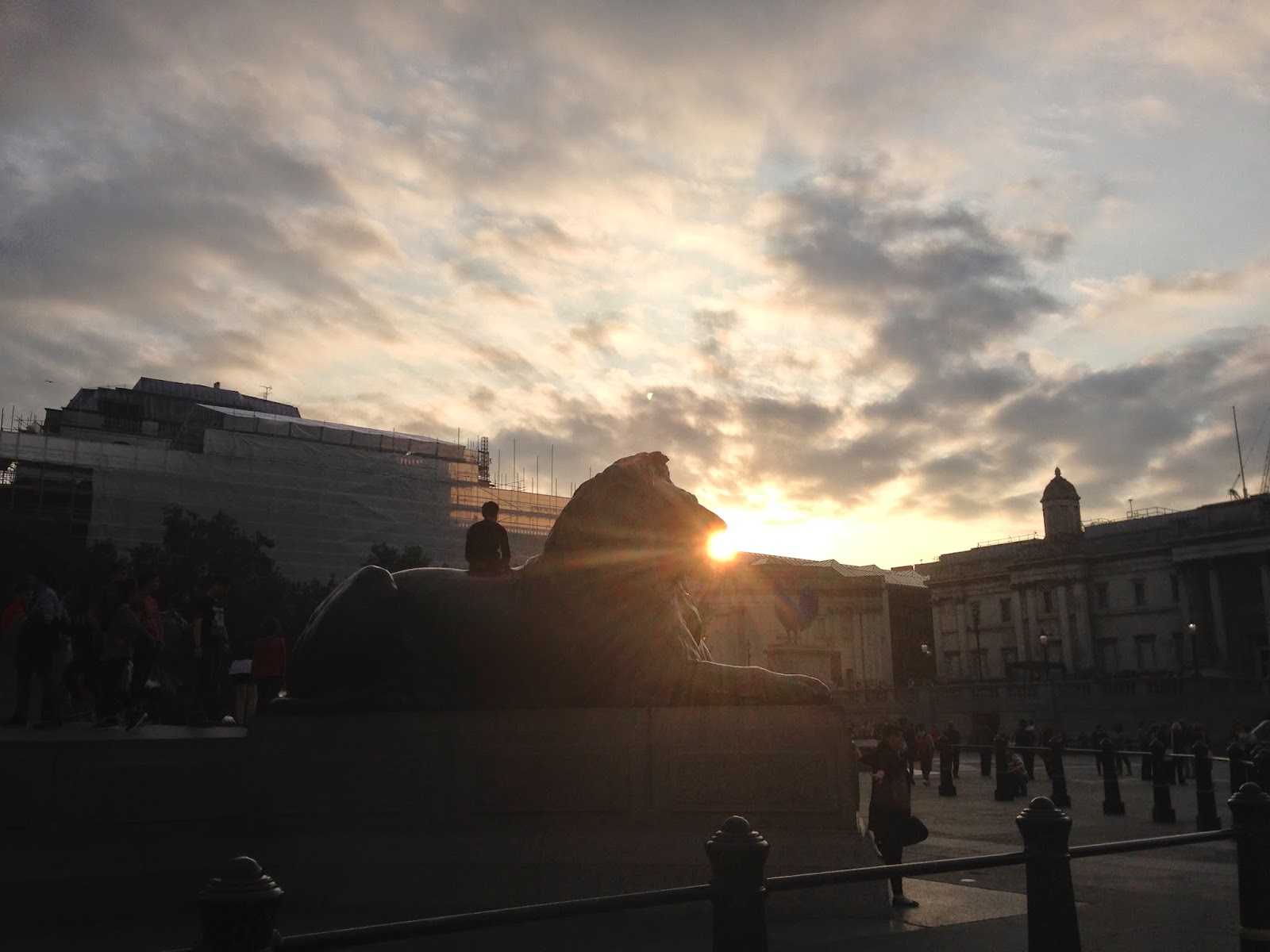 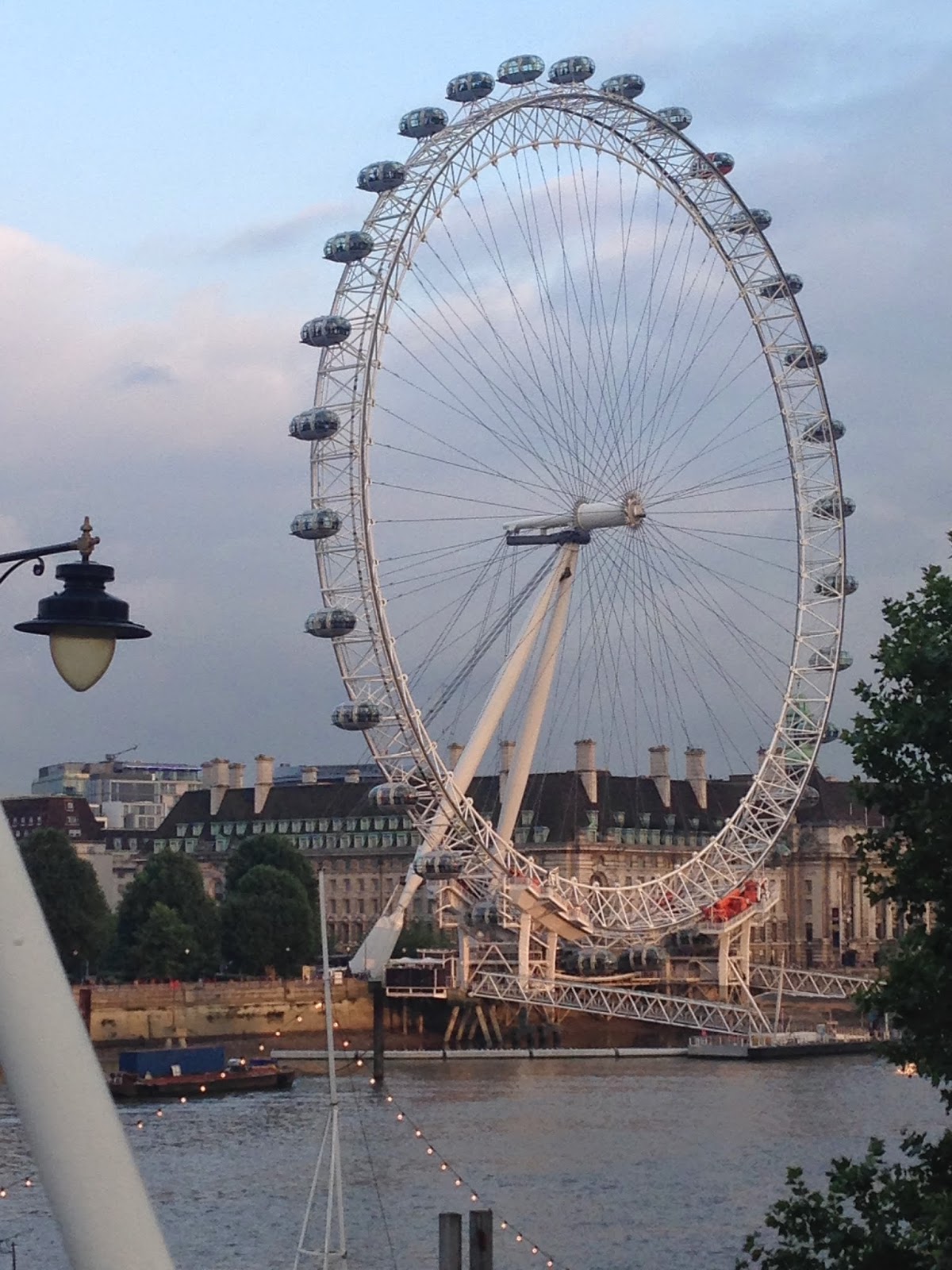 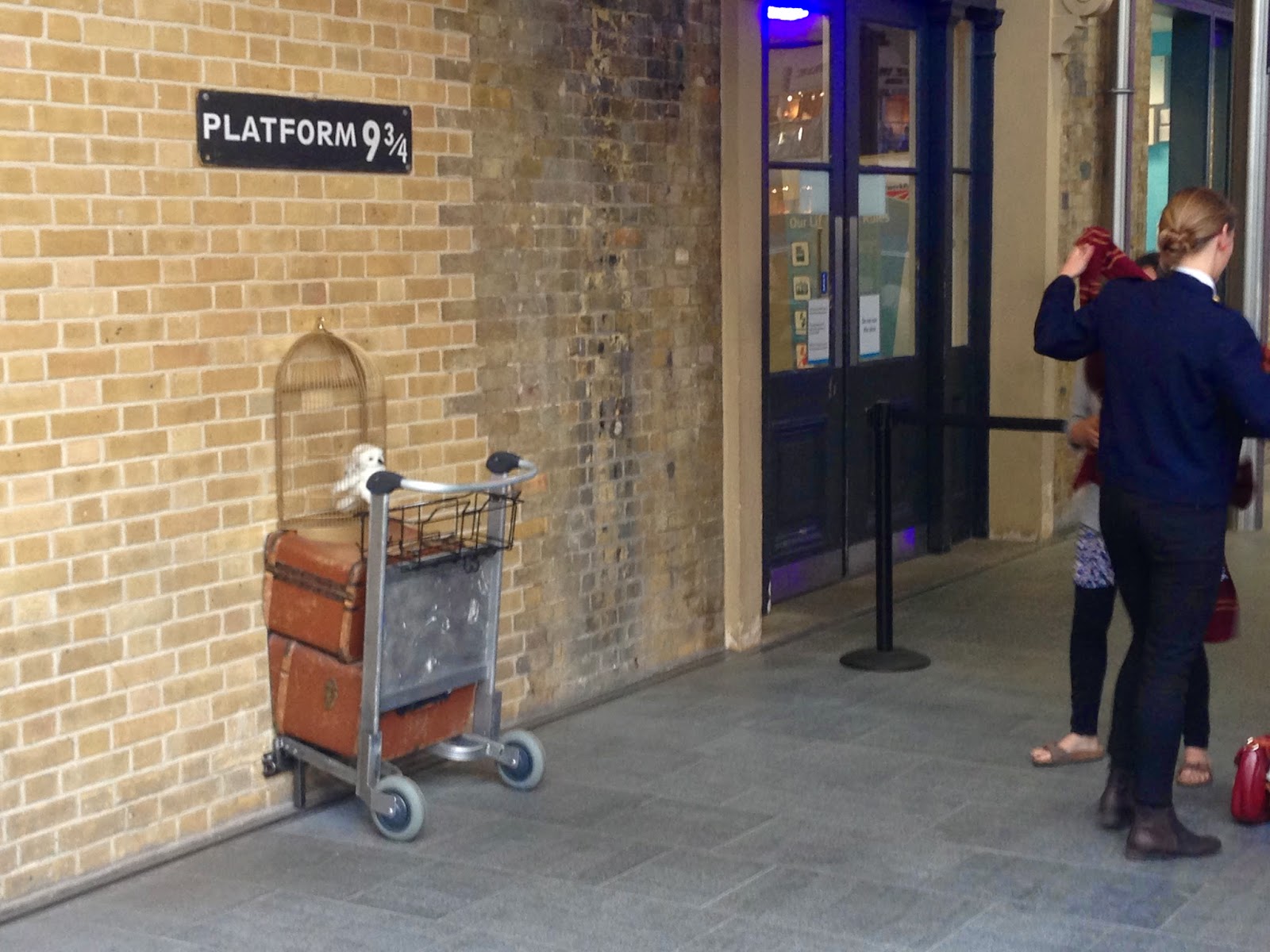 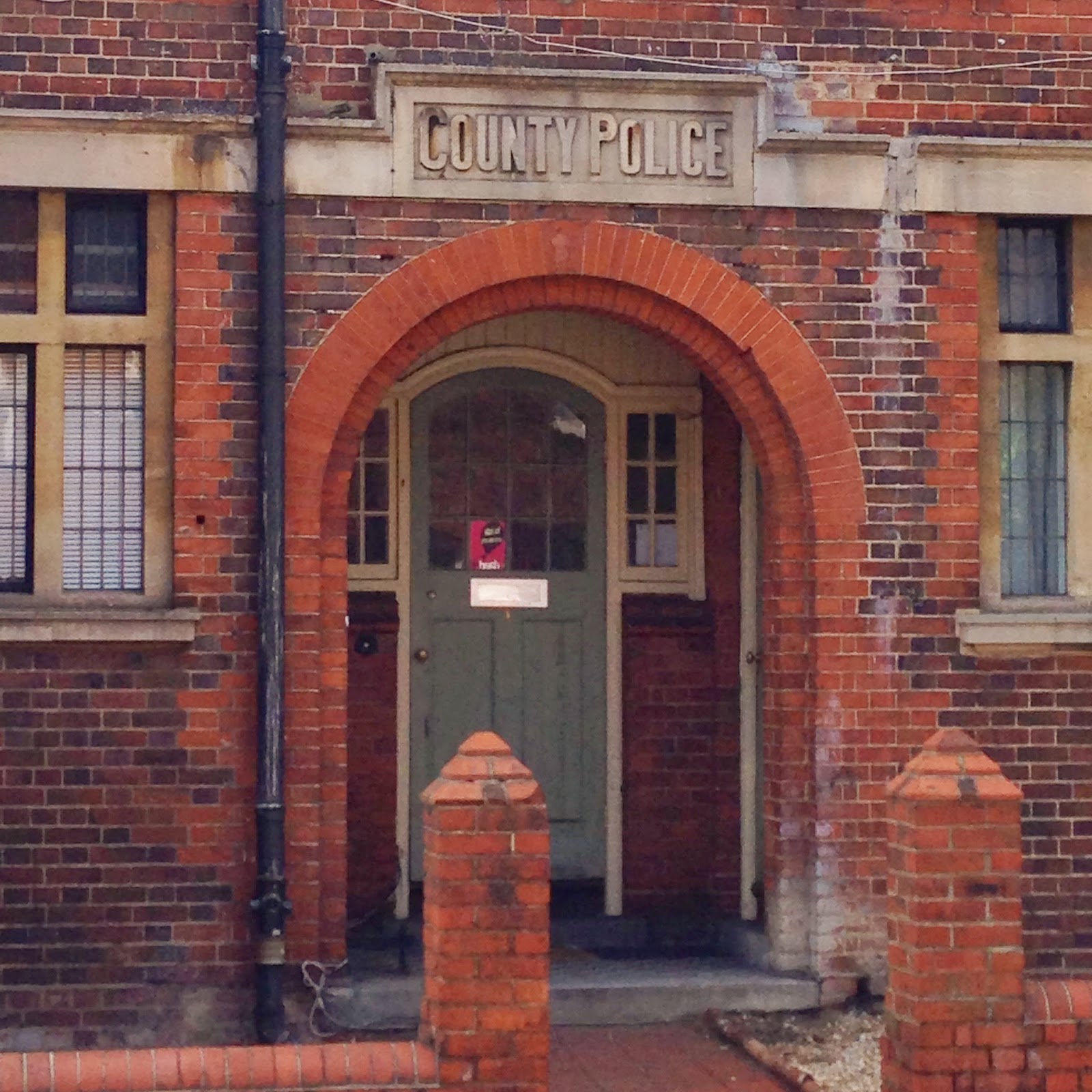 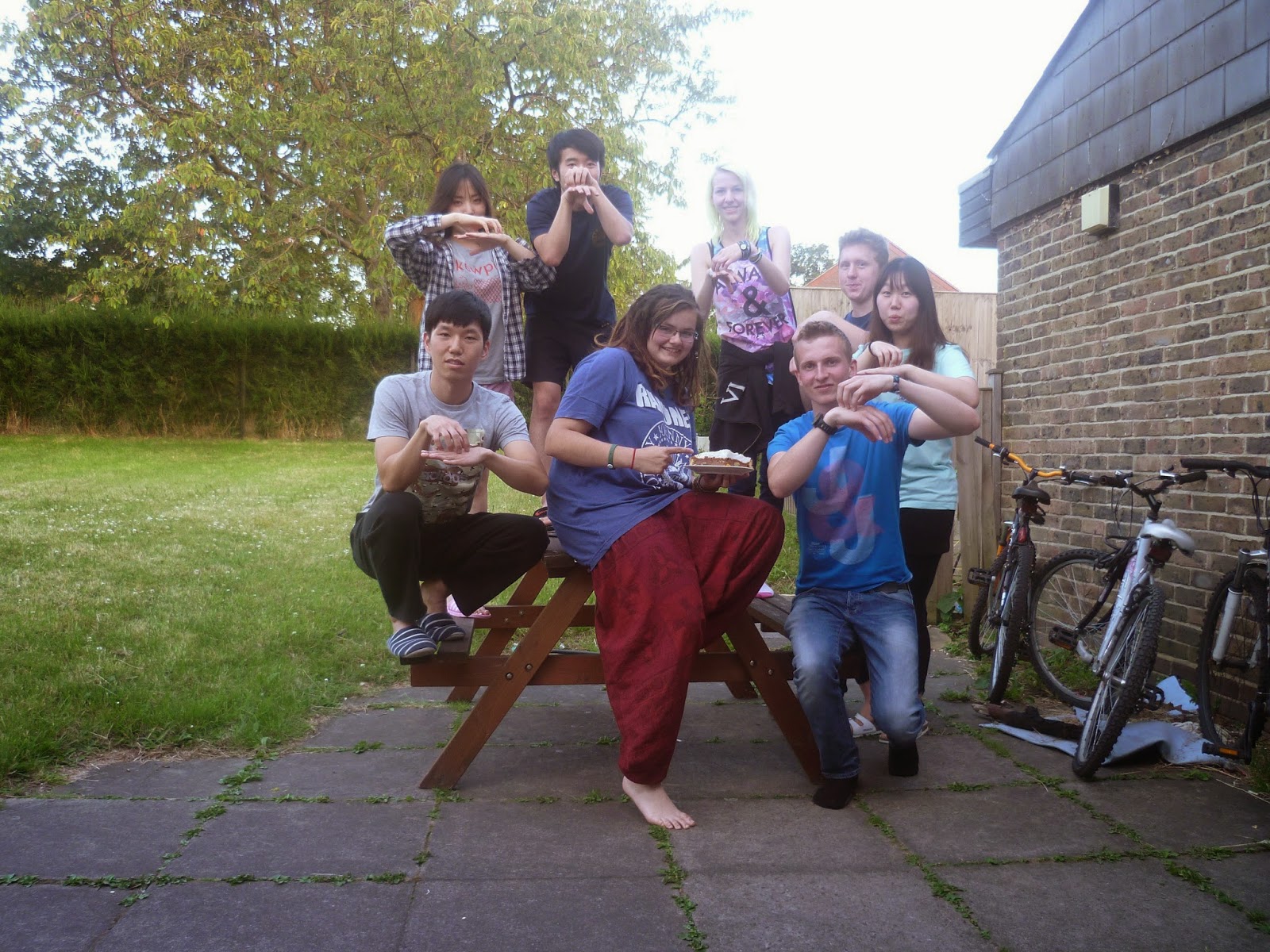