little sleepy and his adventures in the rainy country (:

hello people (:
another week over.. a lot has happened, as well as in the week before. but I'm still alive :D

just kidding, the last two weeks were great! so nice that I don't really know where to start..

I'll just start with last weekend. on friday evening (01 august) we could really enjoy one of the benefits which come with living in a multi cultural house. yi-wen's parents who had stayed in our house for two weeks cooked a taiwanese dinner for us in order to say thank you and also goodbye. it was a really nice evening, a fantastic meal and eventually all of us got invited to taiwan by yi-wens grandfather who had been our guest as well.
after dinner bianka, julie, katrin and me went to the prince, our pub in crowthorne. even though all four of us are from german speaking countries (germany and austria obviously) we hardly used any german words, as well as in our everyday's life. I had been a bit worried before I left austria that we might speak german to often in our house but in fact we do not. 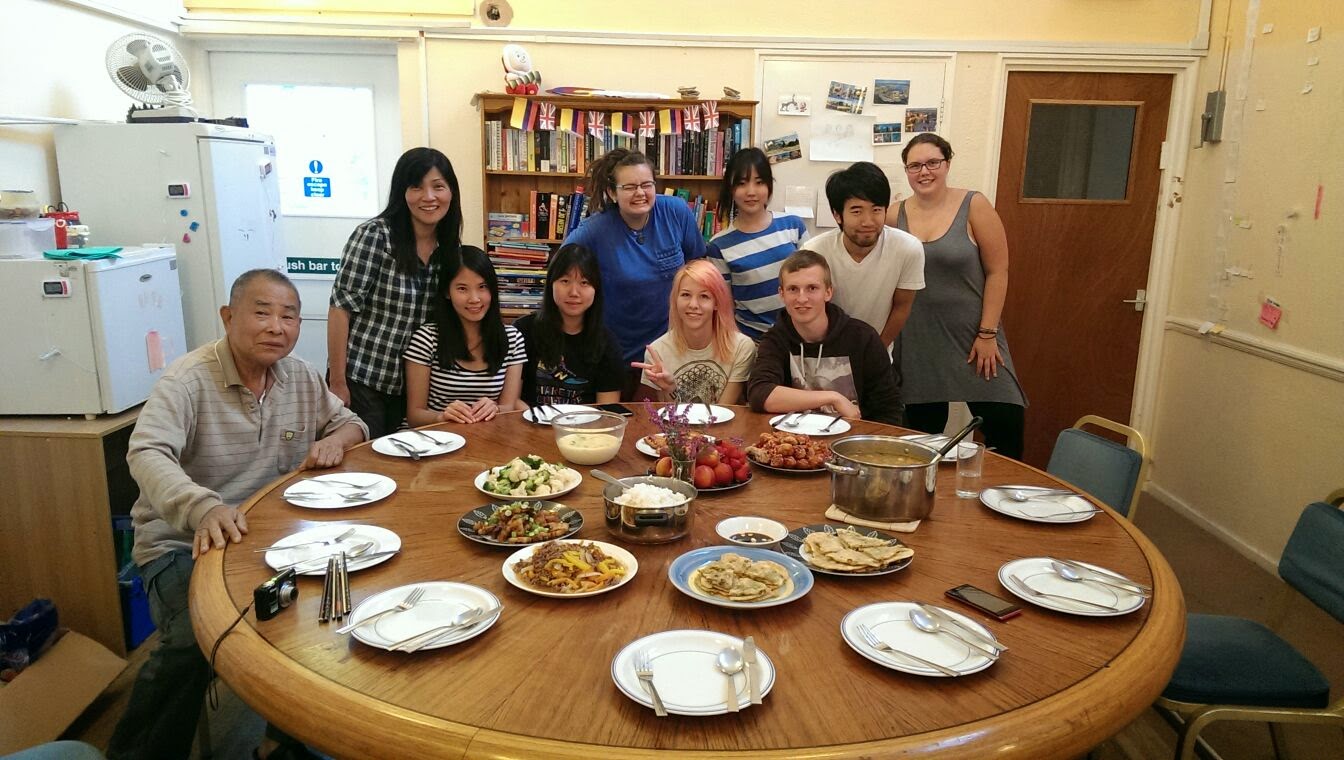 the next day was spent in oxford, my favourite city so far. although it was a rainy day our group which consisted of finn, bianka, julie, katrin, elisa and me enjoyed that day trip. we walked the way from the trainstation to carfax tower, a building right in the centre of the city which provides an awesome view. up there you realize how small and beautiful oxford is. after that we went to covered market (since it was still raining) where we had our lunch at a lovely little cafe. the ceiling was covered with loads of old movie posters and the room nicely done up.

after lunch our group split and two people each explored the parts of the city which interested them most together (I'm really not sure if the grammar is right in this sentence..). julie and me visited some shops like an antique shop, a picture and poster store and a few more other ones. bought some stuff to personalize my room, as well as writing paper, postcards, etc.
our plan for sunday was going to some city at the coast as we thought we should take advantage of the beautiful weather and spend a day at the beach. however, when we returned from oxford we were so done that we cancelled that trip. instead we had a tasty BBQ at our place. 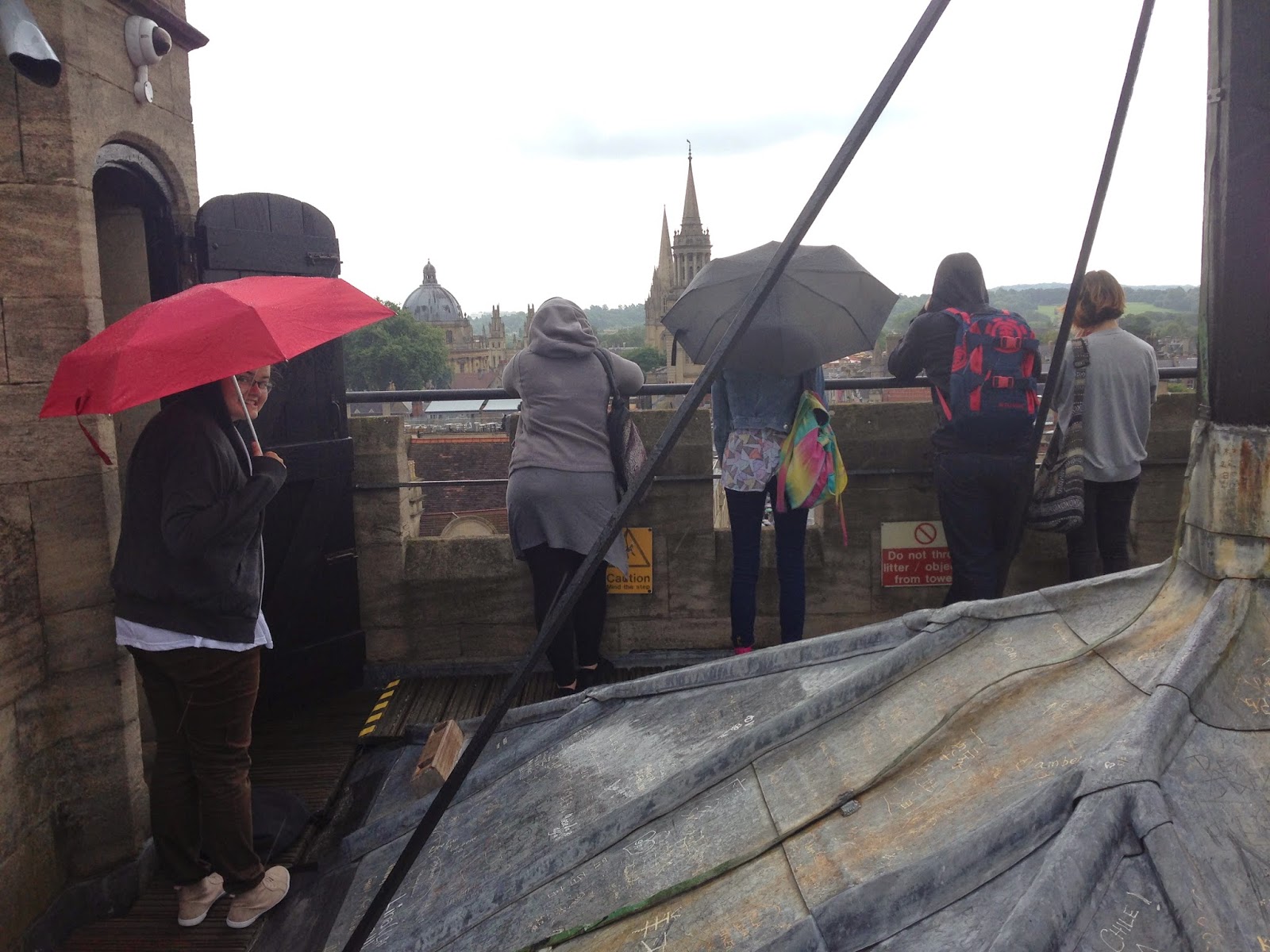 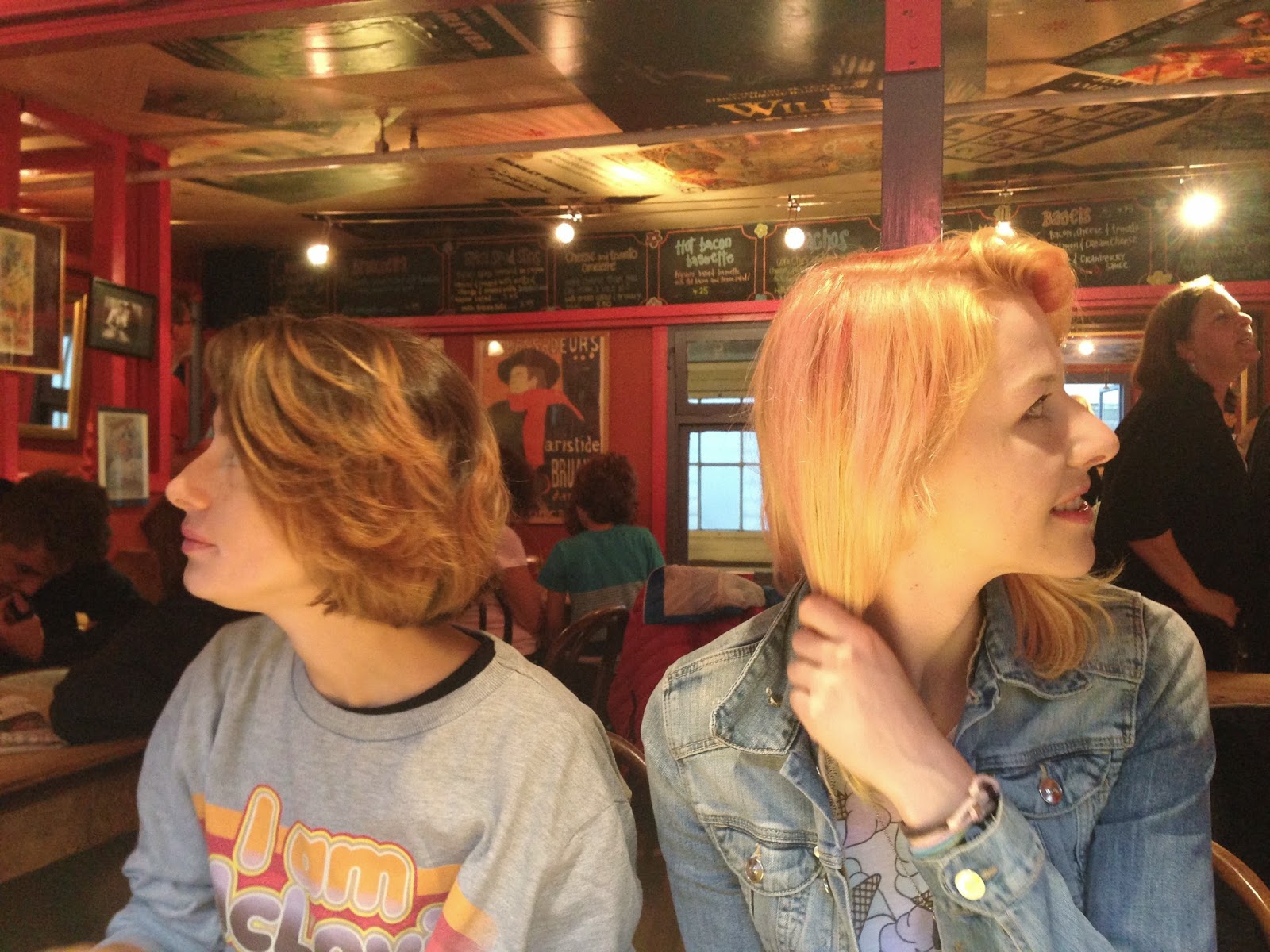 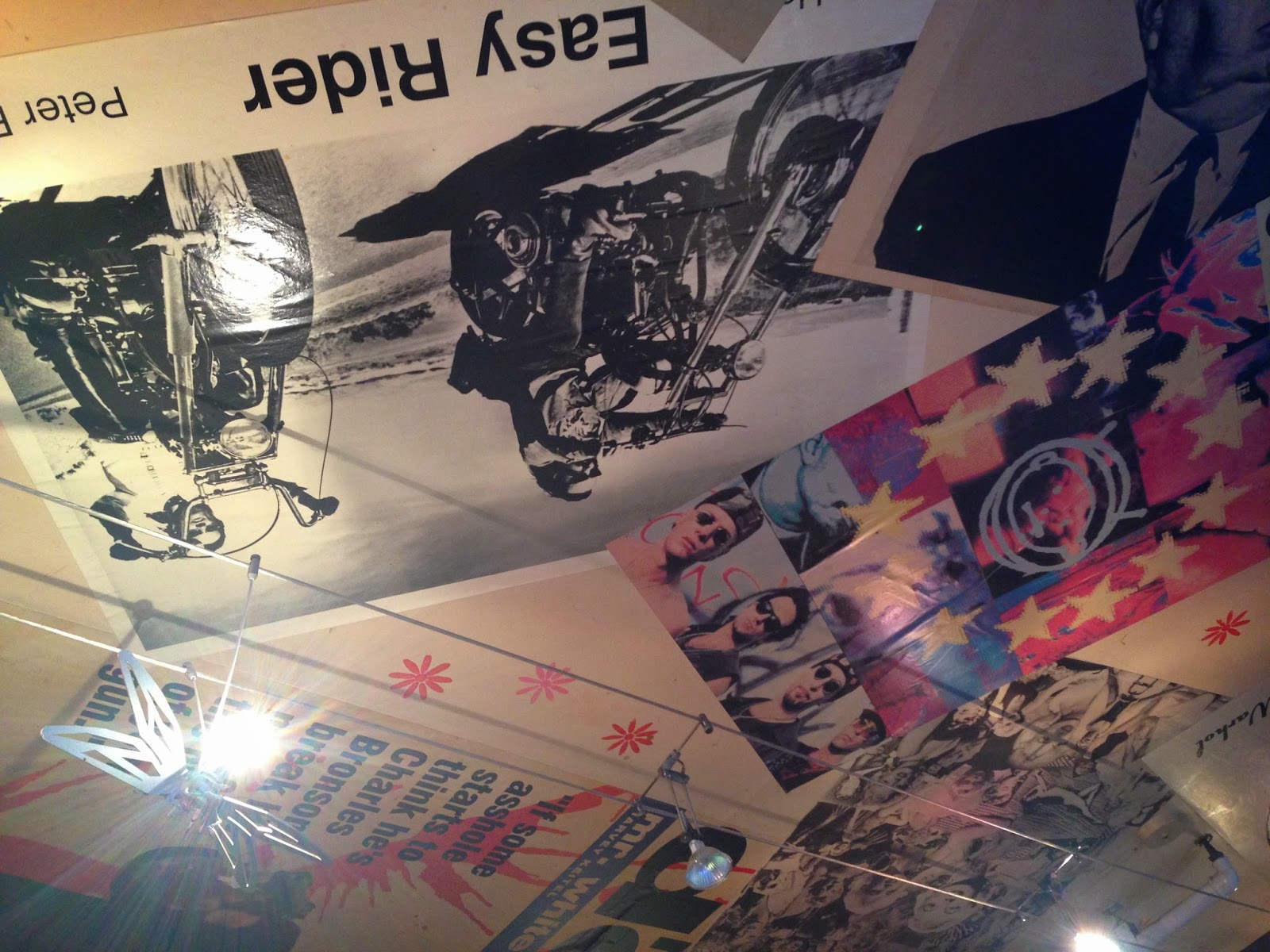 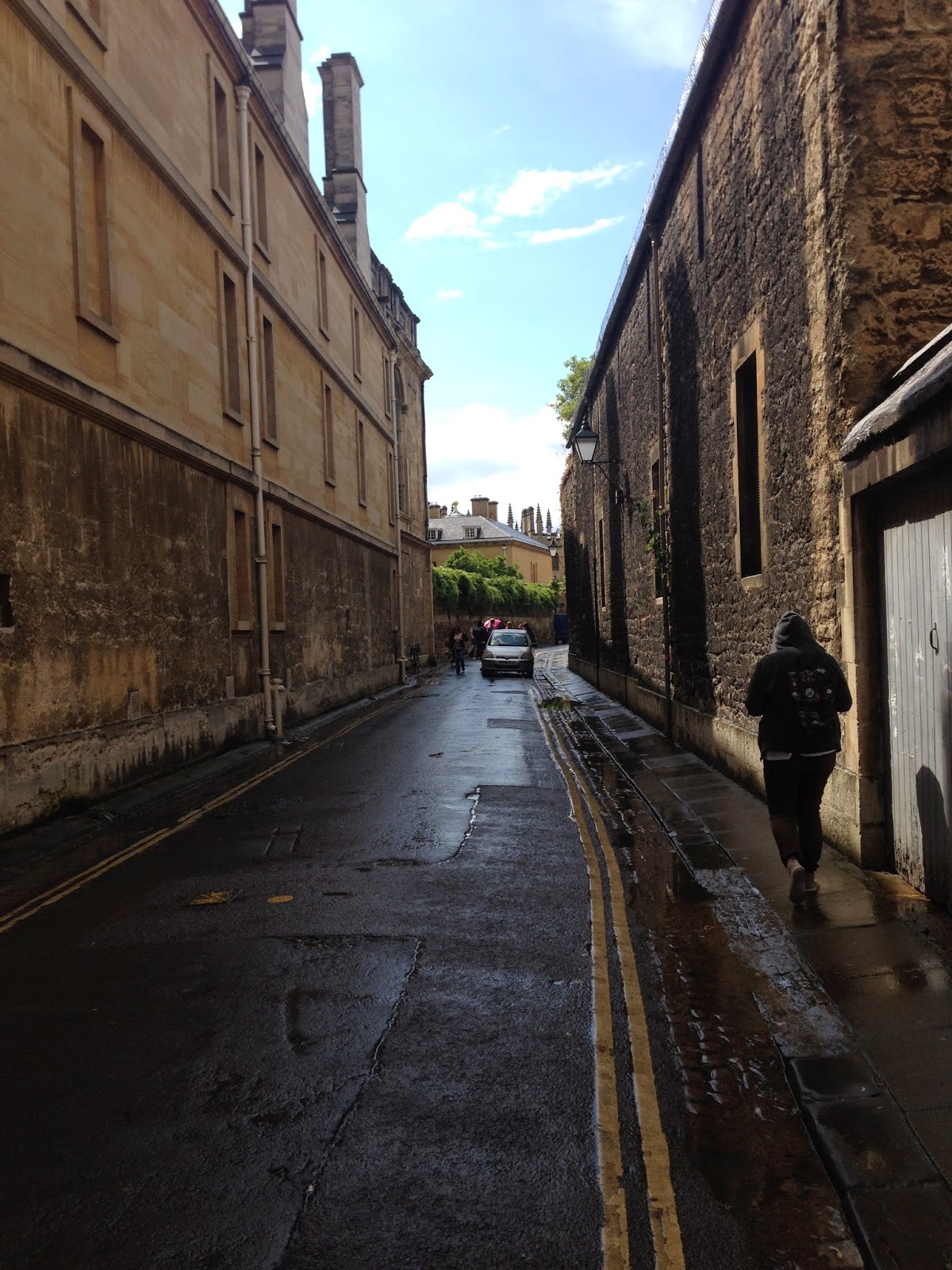 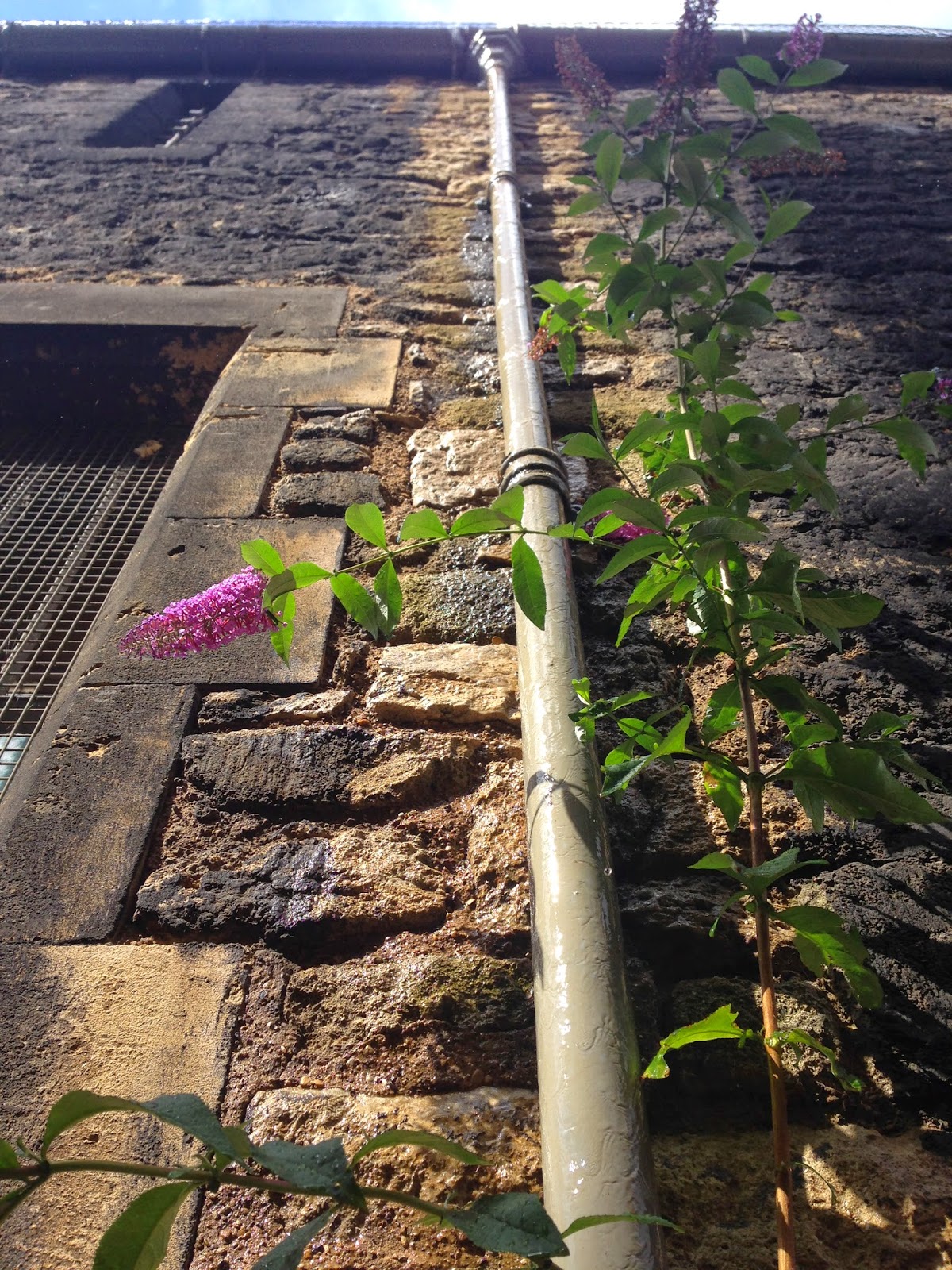 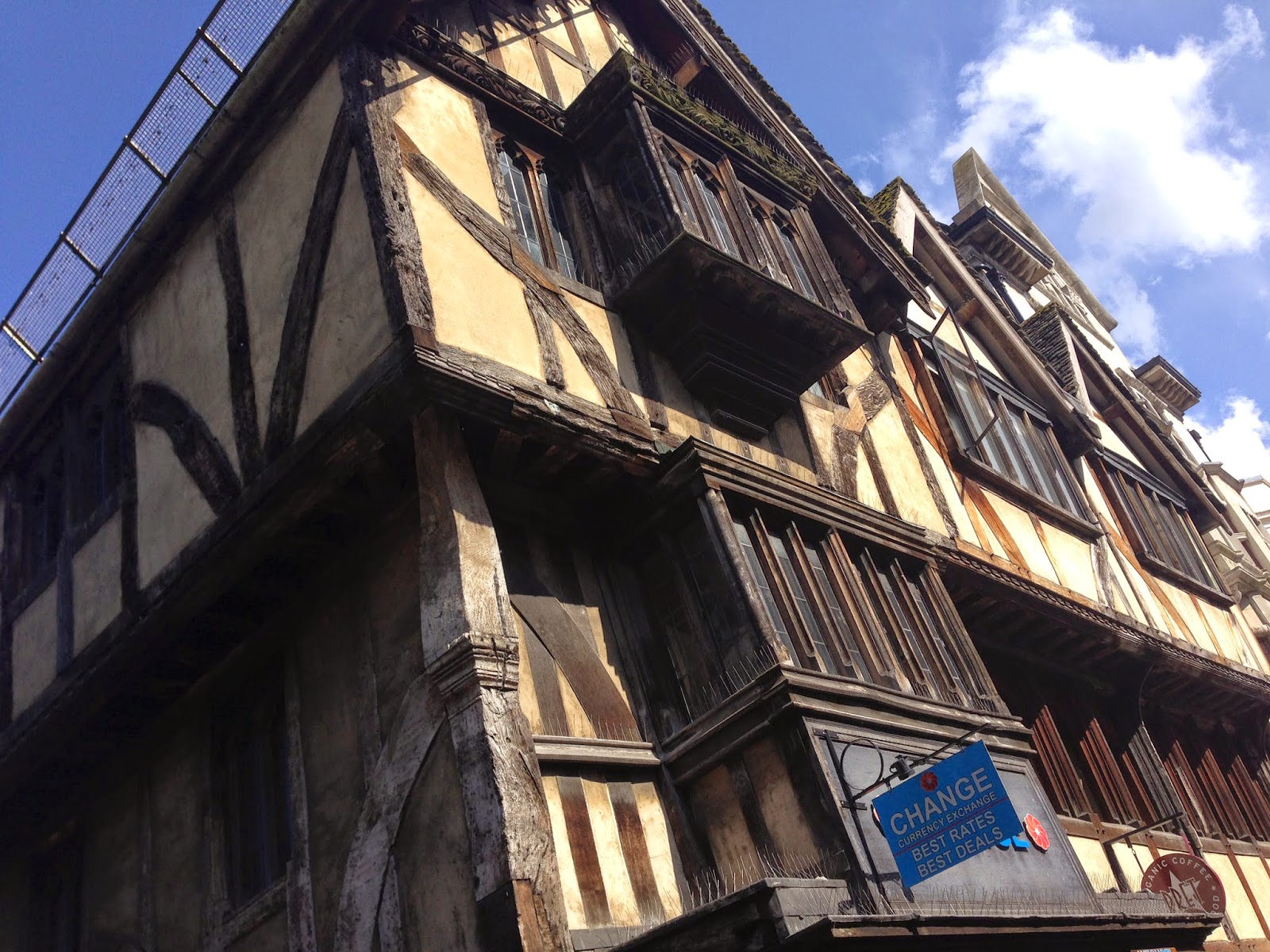 next week.. the first few days consisted of only working and sleeping, didn't really have any energy. sometimes I have the feeling that this tiredness goes along with living in dafna (by the way, I got a new nickname - sleepy). but on thursday my mood changed: first me and julie went to tesco's, a vast supermarket which is located two trainstations from crowthorne. there we bought the things we would need for a little party at the weekend. the both of us carried at least 15 kilogramms each..
in the evening julie took me along with her to the training of crowthorne RFC, the local rugby club. honestly, I had no clue of any rules except that you must not pass forward, but that didn't matter, was really funny! at least I am fast and since I used to play handball for some years I'm not totally clumsy when it comes to throwing or catching a ball - these two facts kind of compensated my lack of knowledge a bit. tomorrow I'll attend the next training, I am really looking forward!

for the weekend we had invited a lot of csv volunteers who currently are like us placed in the south and east of england to our place. unfortunately, only a few (three :D) found time, others had to work or were too far away. however, we had a great weekend, going out on friday in reading (finally :D), comfy saturday at dafna (relaxing, eating, playing monopoly, cod and cluedo, watching kick ass 2, etc) and a short trip to reading on sunday. 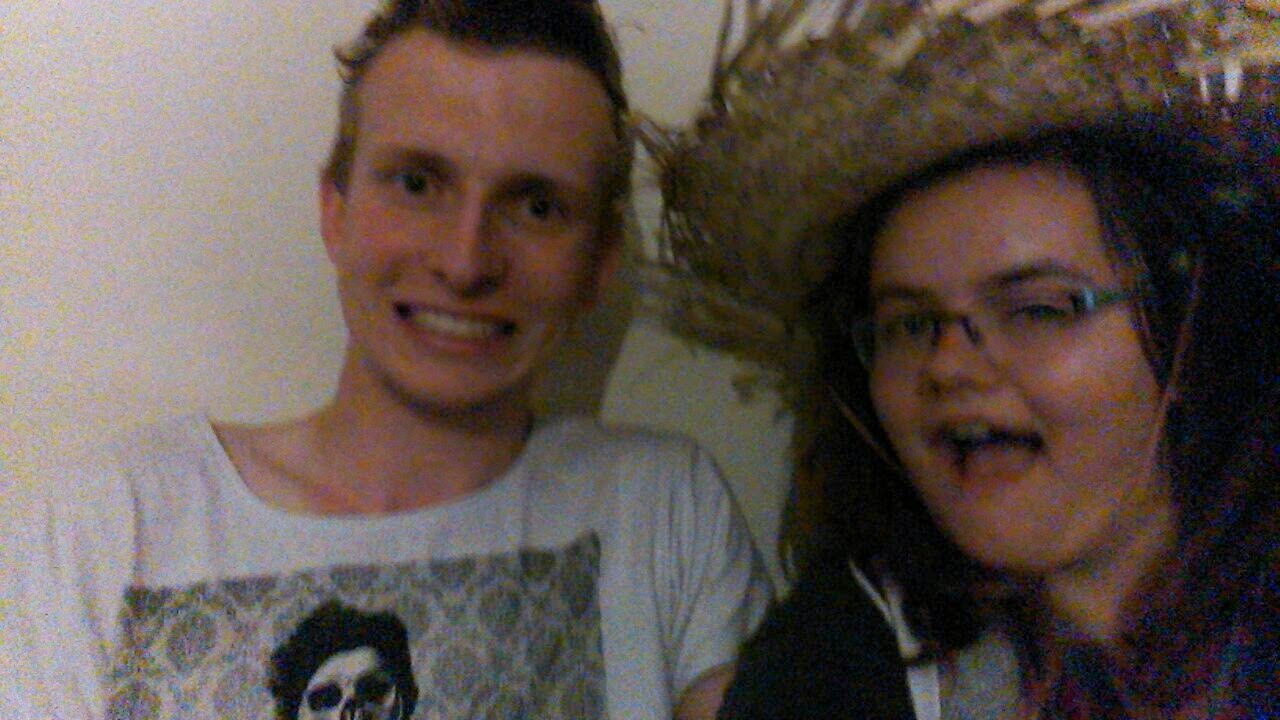 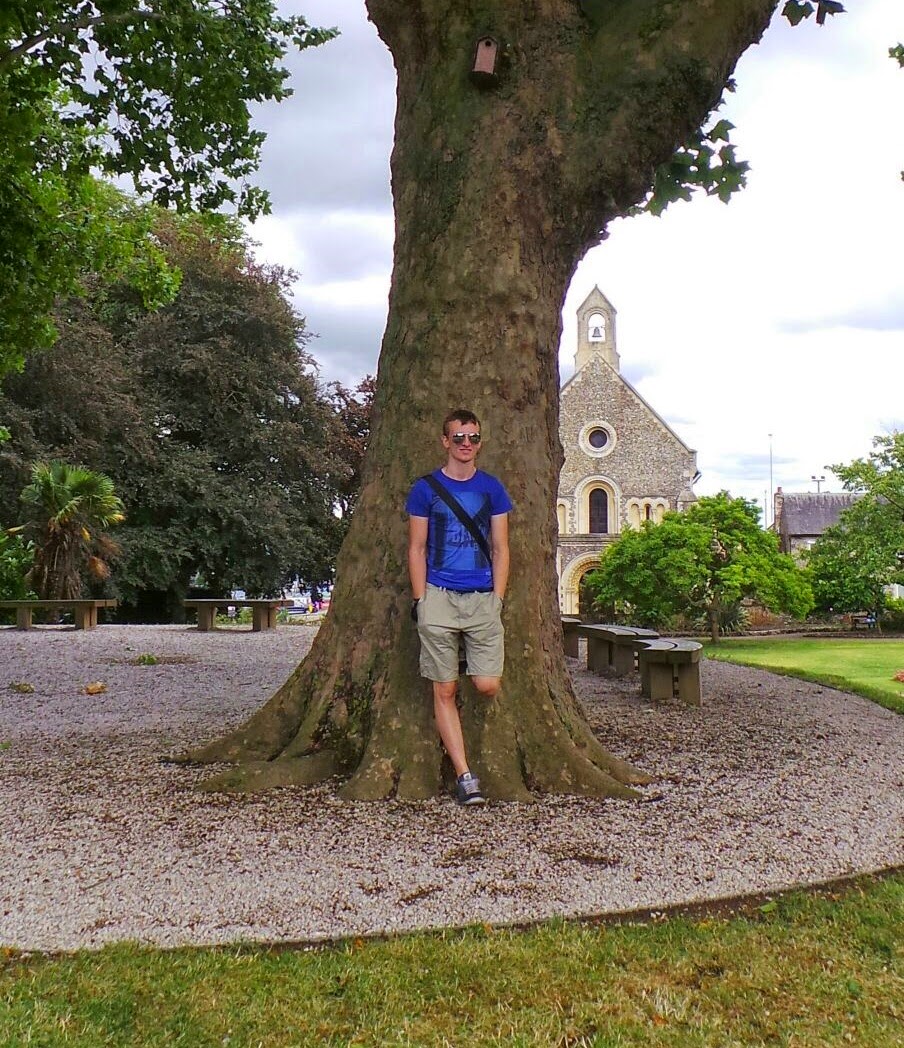 that's enough summary for now, I'll only give you a short prospect of the next few weeks and activities and then you'll be released :b